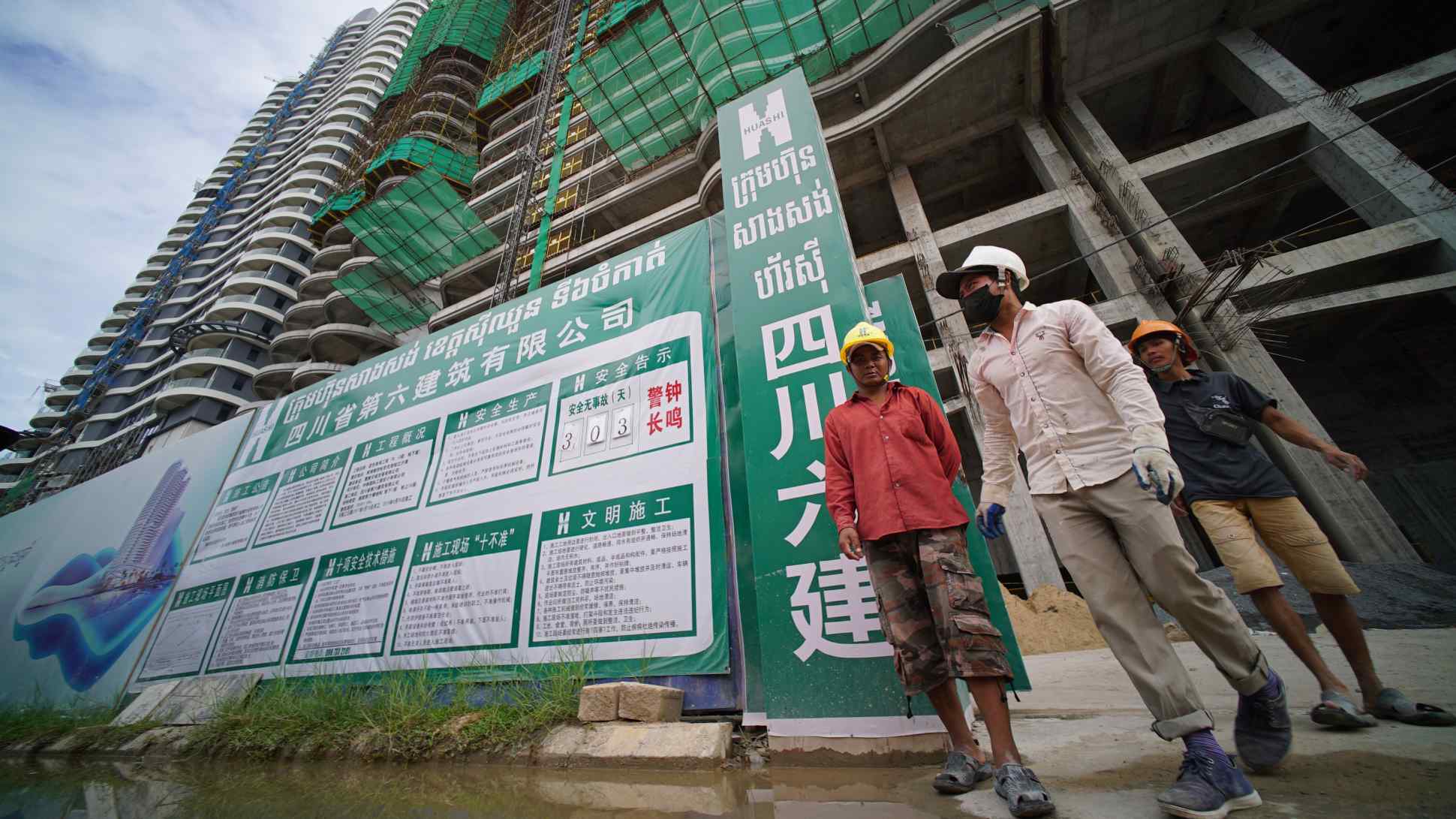 Chinese investment is fueling a construction boom in Cambodia, but it is also bringing headaches. (Photo by Akira Kodaka)
The Big Story

PHNOM PENH/SIHANOUKVILLE, Cambodia -- As boom-mounted cameras swept the horizon, a drone hovered above more than 50,000 party faithful who had begun streaming noisily through the Cambodian capital well before dawn, dressed in white shirts and caps, and waving blue flags.

The modern technology captured an old and familiar scene: the unshakable Cambodian People's Party elite out in strength ahead of a controversial general election that most observers believe lacks a credible opposition. The main Cambodian National Rescue Party was dissolved by Supreme Court order, and its leader Kem Sokha is in prison.