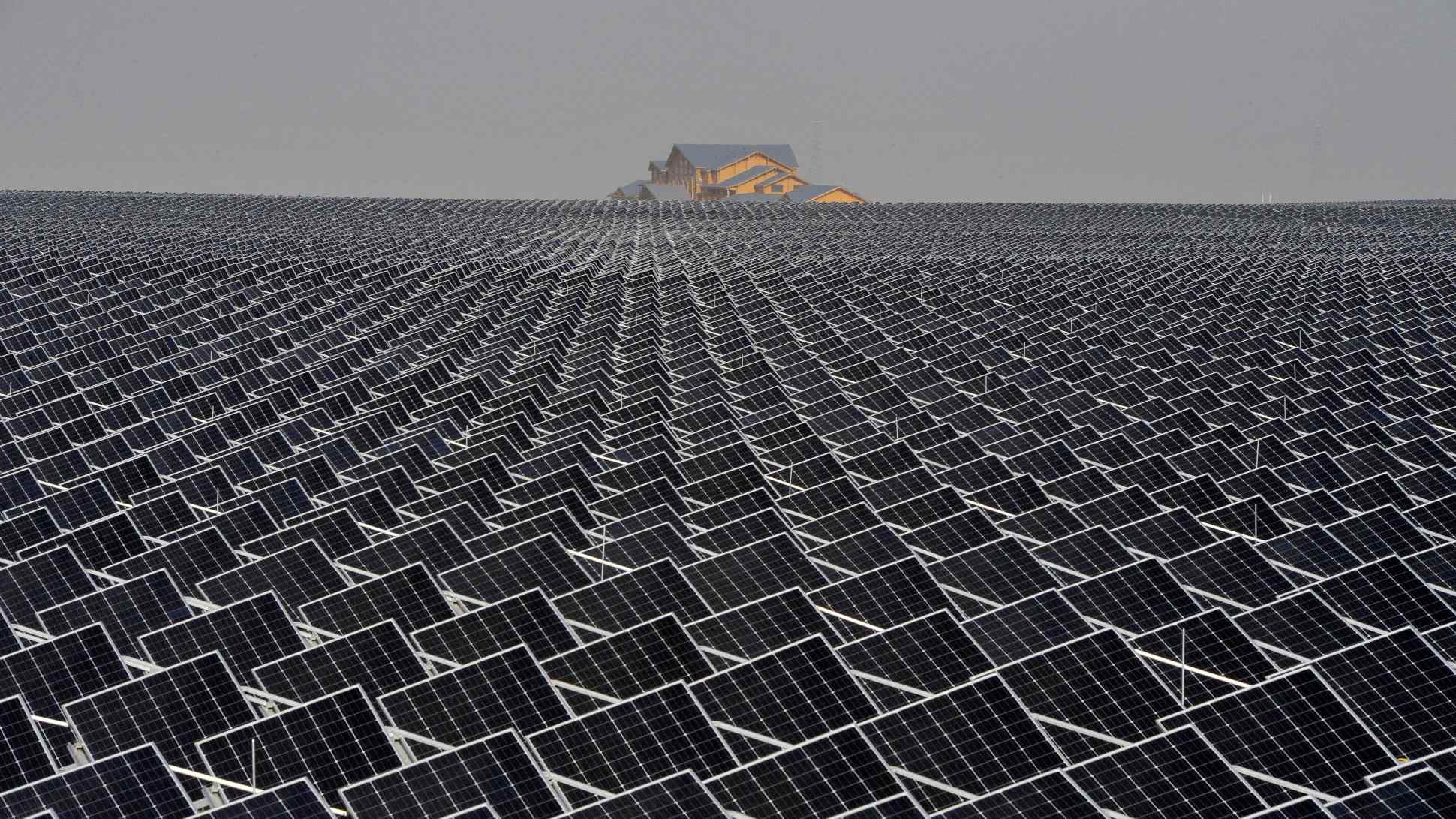 Aggressive state backing has made China a leader in solar panel manufacturing.   © Reuters
The Big Story

Reliance on coal remains huge but is set to decline

TOKYO -- China's remarkable four-decade long economic expansion has been fueled in large part by coal. By 2016, the country was responsible for nearly half of the world's total coal consumption, mainly to fire its power plants. But choking air pollution, along with China's commitments under the Paris Agreement on global warming, are pushing the country down a greener path.

China produced 3.2 billion tons of coal in 2016, or 44% of the world's total, according to the International Energy Agency, and it was also the top importer of coal. In 2016, coal plant capacity in China reached 942 gigawatts, up 42 GW from the previous year, according to China Electricity Council. The upshot: China accounted for 30% of the world's carbon dioxide emissions in 2016.

But Beijing had already recognized the dangers of runaway coal consumption. In 2013 the government released the air pollution action plan, which led to a campaign to replace coal with natural gas. In December 2016, the National Development and Reform Commission established targets for renewable energy, including increasing the share of non-fossil fuel energy as a share of total primary energy consumption from 12% in 2015 to 20% by 2030.

At the same time, manufacturing and development of renewable energy-related tech flourished thanks to generous state backing, and China is now a leader in this area. According to the IEA, Chinese companies boast about 60% of the world's annual solar cell manufacturing capacity.

Thanks to these measures, China now leads the world in growth of renewable energy, with over 600 GW of renewable generation capacity. China accounted for nearly half of all new global capacity in 2017, according to the International Renewable Energy Agency. Heavy investment over the last decade has helped its wind power capacity surpass 160 GW, 50 times that of Japan.

According to the IEA, China will account for over 40% of global renewable capacity expansion from 2018 to 2023. Wood Mackenzie estimates that renewables will account for nearly 20% of China's power output in 2035, while coal will drop to less than 50%.

But while the Chinese government seems committed to its renewable energy push, the question is how this commitment will hold up in the face of a slowdown in growth.

According to Takuma Yatsui, senior economist at Mitsui & Co. Global Strategic Studies Institute, China's environmental efforts are "currently relaxed to counter the economic slowdown." He noted that a draft government policy published in September removed the cap on winter steel production in the northern part of the country, possibly in response to the expected impact of the trade dispute with the U.S. on the economy.

Nevertheless, Yatsui believes the state's long-term commitment to addressing environmental concerns will remain unchanged. And the push for renewable energy, he added, is being fueled not only by government policy, but also by China's ability to manufacture renewable power generation facilities cheaply.