How Bangkok became a model for mass transit

BANGKOK -- To many Bangkok residents, the mass transit system is the jewel of the Thai capital for its role in rescuing the city from its own choking prosperity.

For other emerging Asian countries seeking to relieve their traffic-clogged streets, it is a model.

"If you take Jakarta, that is probably where Bangkok was 20 years ago," said a British engineer working on the metro system as a consultant. "Countries like Indonesia look toward Thailand as to where they aspire to go -- not Singapore or Hong Kong, which are too developed."

The BMTS, more commonly known as the BTS SkyTrain, is the city's primary elevated rail system. Opened in December 1999 and now approaching its third decade in service, the system retains a freshness rarely matched in more economically advanced cities -- no graffiti, no scratched glass, no bald paint spots.

The SkyTrain started with 23 stations along two lines -- a north-south line that now extends across the river into Thonburi, and an east-west line running mostly above Sukhumvit Road, one of the city's most important arterial roads. Today the system has 35 stations and nearly 38km of track. There is a rainbow of 10 color-coded lines planned over the next 12 years. With over 8 million vehicles registered, Bangkok has always suffered from a shortage of roads. Daily ridership figures are around 700,000 for the SkyTrain and 300,000 for the underground. Needless to say, the city would be in permanent gridlock if even a fraction of these people attempted to travel by road. Official policy to increase ridership has often lacked resolve, however. Raising bus fares, for instance, has always been fraught with political danger.

Thailand's oldest mode of transport was water. These days, 85% of journeys are by road. Bangkok's network of fine canals has been sadly neglected. In the 1950s and 1960s, the "Venice of the East" even filled in many of its canals to make roads.

Bangkok nevertheless has a history -- largely forgotten -- of innovation in transport. Its original horse-drawn trams dated from the 1880s and were electrified in the 1890s by a Danish company. The city's last tram ran in 1968, but in the early to mid-20th century, the system covered over 40km along seven lines. 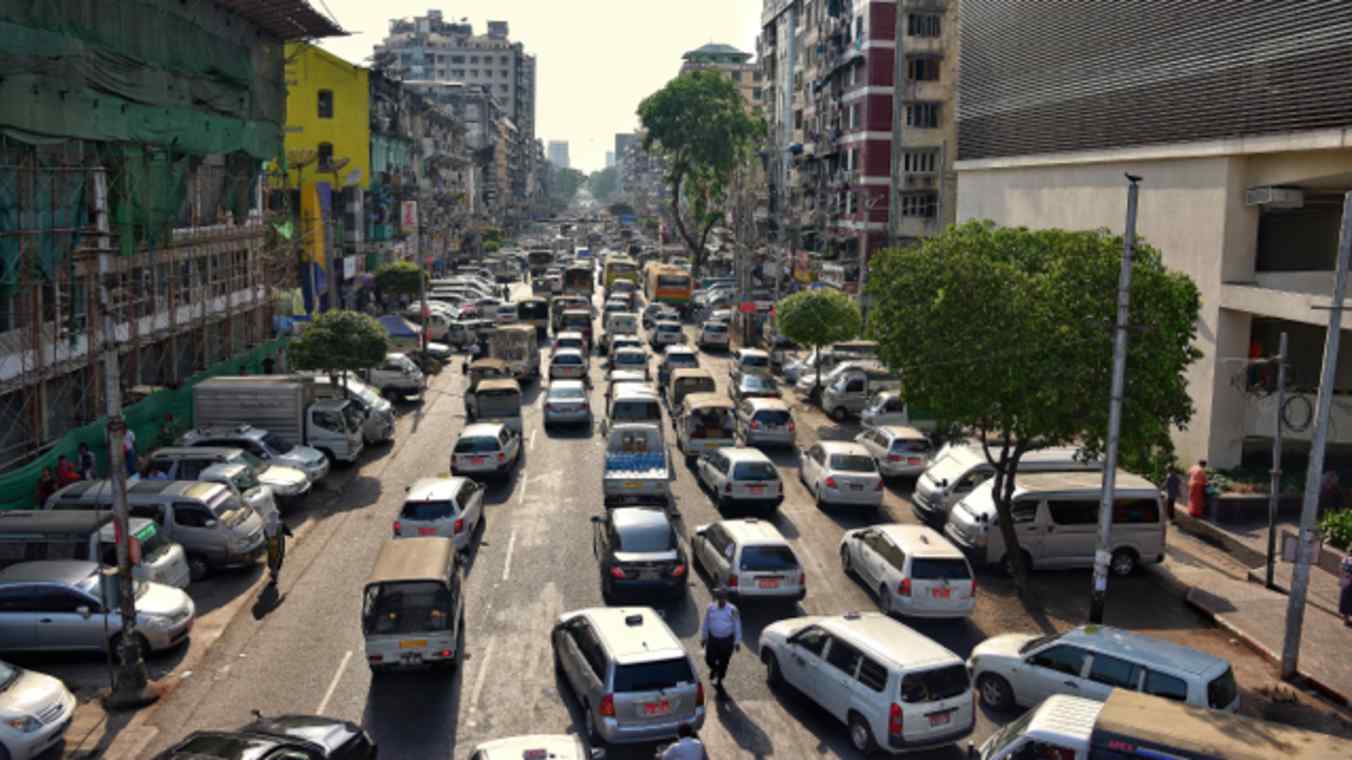 Today's underground and SkyTrain systems were first mooted in the 1980s and 1990s, and both experienced numerous setbacks. The Canadian Lavalin Skytrain project, modeled after the Vancouver SkyTrain, was canceled in June 1992, and the more ambitious Bangkok Elevated Road and Train System was finally terminated in 1998. Government corruption played a big part in the failure of these early projects, but there was also influential opposition to mass transit in general. Some felt the heavy infrastructure would scar Bangkok's supposedly pristine urban landscape -- even more than the polluting traffic jams. The five-star Dusit Thani hotel raised concerns about having both mass transit systems on its doorstep.

But as time went by, these efficient systems became social levelers, and ridership steadily rose. In one of the most hierarchical and status-conscious societies on earth, almost everybody today uses them without a second thought.

An accident on the MRT underground system soon after it began operations in 2004 caused over 100 injuries but no fatalities. The cause was human error. There have also been some failures on the Suvarnabhumi Airport Link, which is managed by a subsidiary of the State Railway of Thailand, a loss-making state enterprise. Overall, however, the systems have proved reliable and safe.

More carriages and trains are on order for 2018 and 2019, and stations have capacity for six-car trains rather than the current four. A choke point on the SkyTrain at Taksin Bridge, where there is only one track, is due for correction. A single ticketing system for BTS, MRT and SARL planned for 2015, however, has still not materialized.