'I feel like I am delivering with my life': China's couriers reach breaking point

A spate of tragedies reveal an industry in crisis SHANGHAI -- For the past 10 years, Li Xaoliang, a tanned and scrawny 31 year old, has been crisscrossing the streets of Shanghai on an electric bike, moving parcels for logistics companies.

That makes Li an old hand in a young industry with big staff turnover. With a bike and smartphone, almost anyone can become a courier. Li and his cohorts, affectionately called kuaidi xiaoge or “little courier brother,” have become a permanent feature in cities across China. And the industry is hardly short of vacancies.

For many like Li, logistics jobs are a route out of rural poverty.  A native of Wuhu city in Anhui Province, some 280 km from Shanghai, Li is one of millions of migrants from rural regions that have been supporting China’s rapid industrialization.

The kuaidi are ubiquitous in Chinese cities as e-commerce and food delivery companies proliferate. But it is an increasingly brutal and competitive job. In an interview in December 2020, Li showed little sign of fatigue despite starting the day at 7:30 in the morning. “A typical day lasts until 9 p.m.,” he said.

Pressure on couriers is immense, mainly due to the pandemic. Their earnings have risen but so have their hours, and many complain they are actually making less money per package. “Workload of delivery workers have been rising, while their pay has dropped,” said Aidan Chau of China Labor Bulletin, a non-governmental organization in Hong Kong. In 2020, the courier sector delivered 83.36 billion parcels, up 31% year-on-year, according to the State Post Bureau. 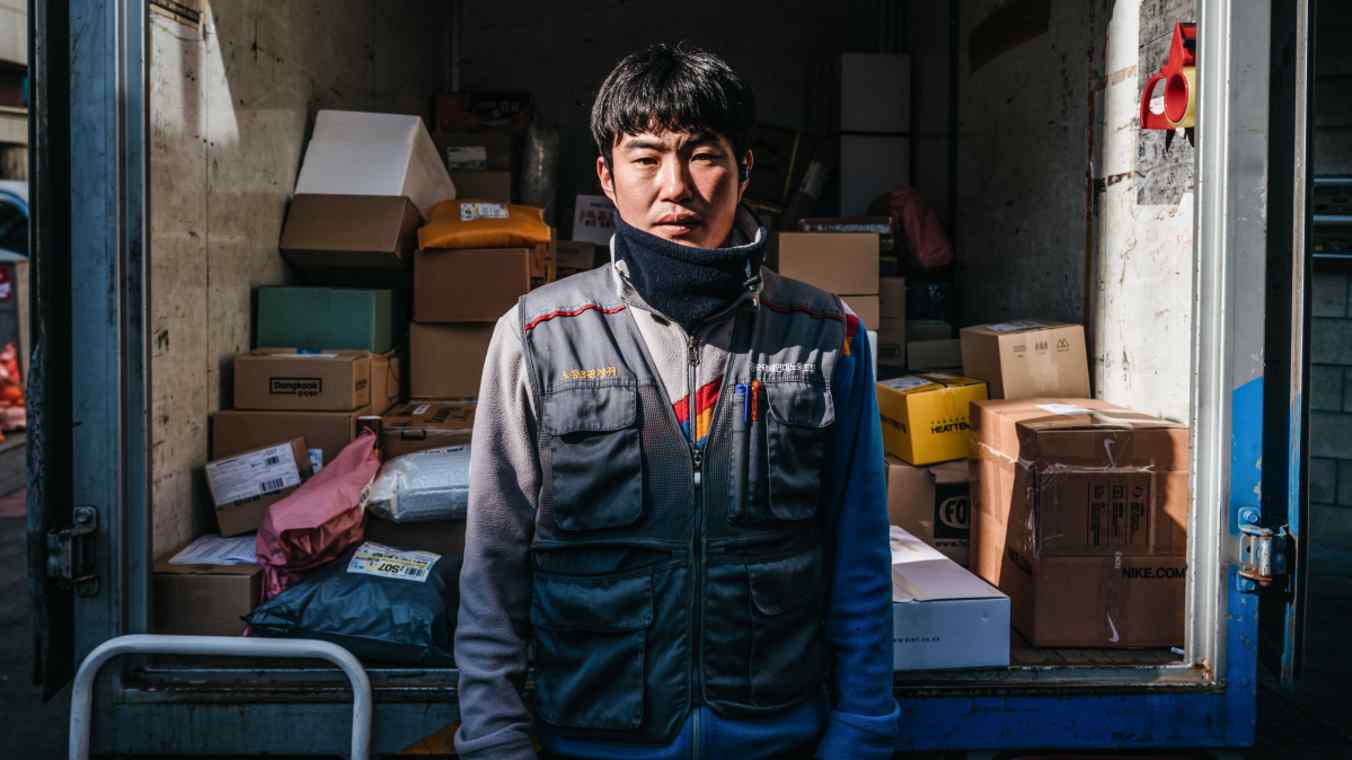 An ex-food deliveryman who has since quit said:  "During peak hours for food ordering, we ride the bikes with one hand and another on the mobile phone to grab incoming orders. There are always close calls with other vehicles. It makes me feel like I am delivering with my life."

With couriers stretched to the physical breaking point, a number of recent tragedies have circulated on social media - and highlighted the often arm's length legal relationship between couriers and their ostensible employers. Often, contracts are signed with third-party franchise partners so workers have no relationship to the wealthy companies that benefit from their labor. The death in December of a driver known only by his surname Han in Beijing sparked a backlash after the company, Ele.me offered his family only 2,000 yuan ($308) in compensation. But amid mounting public pressure, Ele.me, fully owned by conglomerate Alibaba Group Holding, ended up apologizing to Han's family. It citing poor communications between its third-party delivery partner and the bereaved family, and coughed up 600,000 yuan, saying it would "sincerely work to solve remaining problems."

This month, meanwhile, a gruesome video went viral on social media, showing the self-immolation of another Ele.me driver who was rescued by passersby in Jiangsu Province. It turned out his name was Liu Jin, he was in his forties, a migrant from rural Yunnan Province, a relatively poor region in the south. In the video, he appeared to cite an unresolved dispute about pay. Ele.me said it prohibits delivery partners from defaulting on pay as a matter of principle, and it is investigating this particular case.

Large-scale industrial strikes are rare in China since labor unions are banned, but that did not stop disgruntled workers from airing workplace abuses on social media. Video blog Miaowen highlighted a protest by a food delivery man in November who was only paid 0.80 yuan for 17 days' work. His company responded that it was due to 22 accumulated customer complaints that had resulted in a cut to the man's salary.

Li and 10 other colleagues at the courier franchise hardly take days off except for the Lunar New Year. The biggest motivation comes in the form of income. He gets 5 yuan ($0.80) per parcel. On average, an experienced courier like Li delivers 120 parcels per day, earning 600 yuan. “We can see the tally with the smartphone app and that keeps us going,” he said.