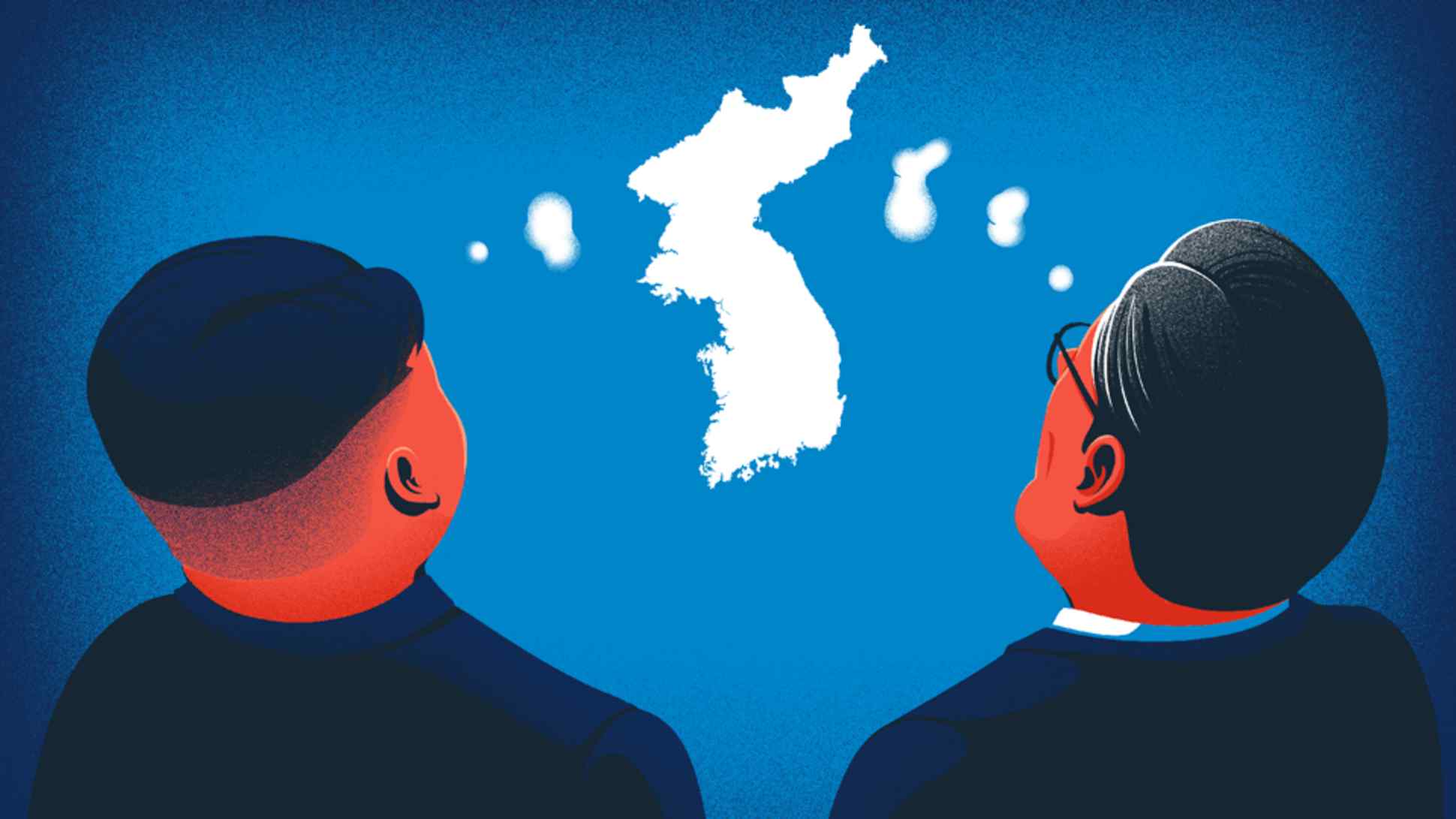 After more than 70 years of separation, what would it take to bring North and South Korea together? (Illustrations by Eric Chow)
The Big Story

It is 2060, decades after South and North Korea made history by agreeing to unify. The process has been long and difficult, but the Korean Peninsula is now home to the world’s 10th-largest economy, with a gross domestic product of $5.5 trillion --  eclipsing South Korea's $1.4 trillion in 2013. The KTX bullet train, which served only the residents of South Korea when it was built in 2004, now criss-crosses Eurasia, linking Seoul with Paris.

Unifying two vastly different nations -- one a technology and manufacturing powerhouse, the other an isolated dictatorship with a history of famine -- has been expensive, costing trillions of dollars. But it is starting to pay off: The economic benefits of integrating the two countries now outweigh those costs by three times.