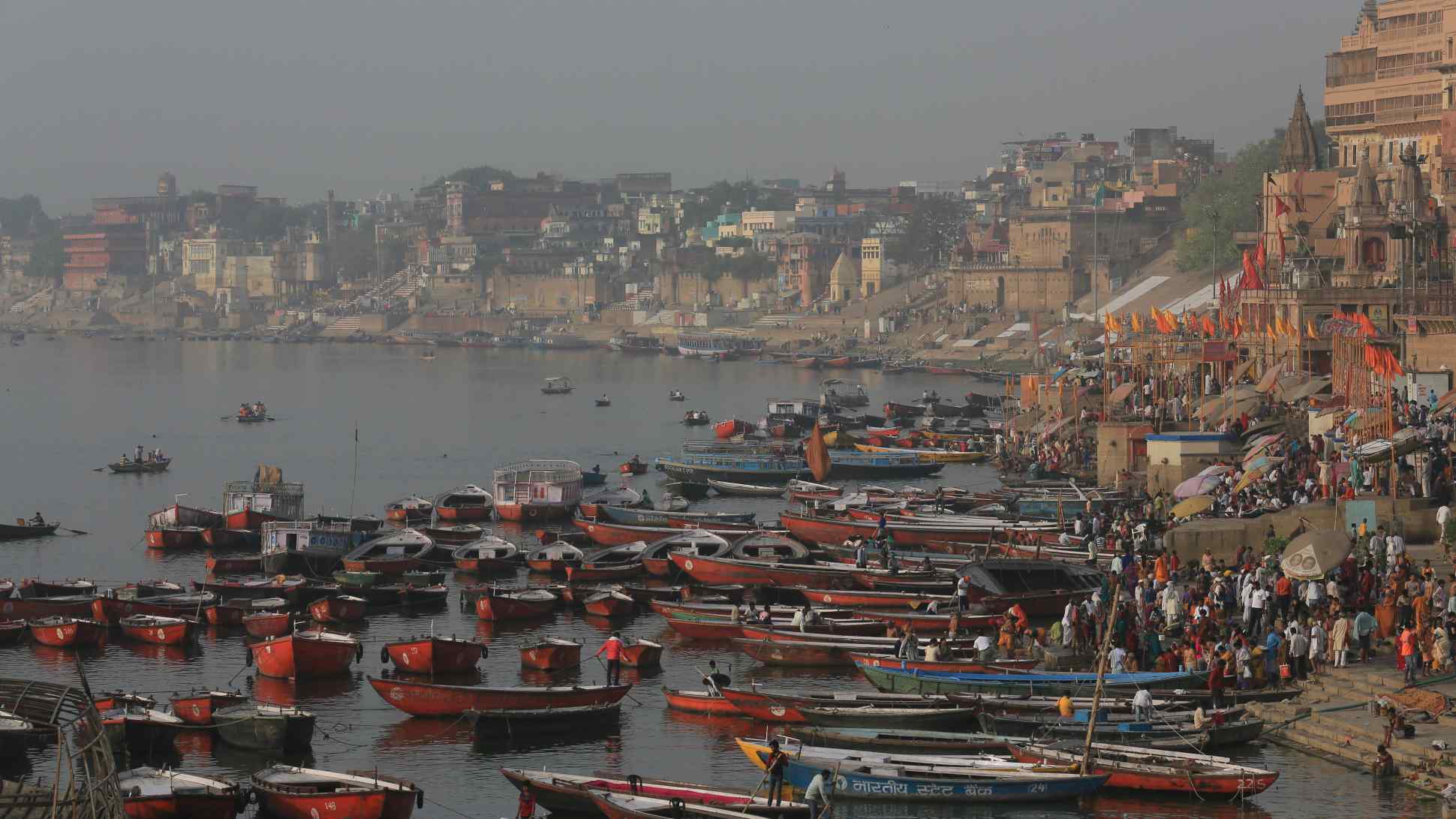 The holy, yet highly polluted Ganges river in Varanasi, India, which Modi has promised to clean up by October next year. (Photo by Ken Kobayashi)
The Big Story

VARANASI, India -- Amit Kumar, a 36-year-old tour guide, has been living in the holy city of Varanasi for over 30 years. For most of his life, the River Ganges reeked and was littered with tons of garbage -- including human waste and corpses, he recalls.

But in recent years Kumar has seen a "major" improvement along the river, which is considered holy by India's Hindus. The riverside steps called ghats in the old town -- long covered with piles of trash and excrement -- appear to be "completely clean" these days, he says.