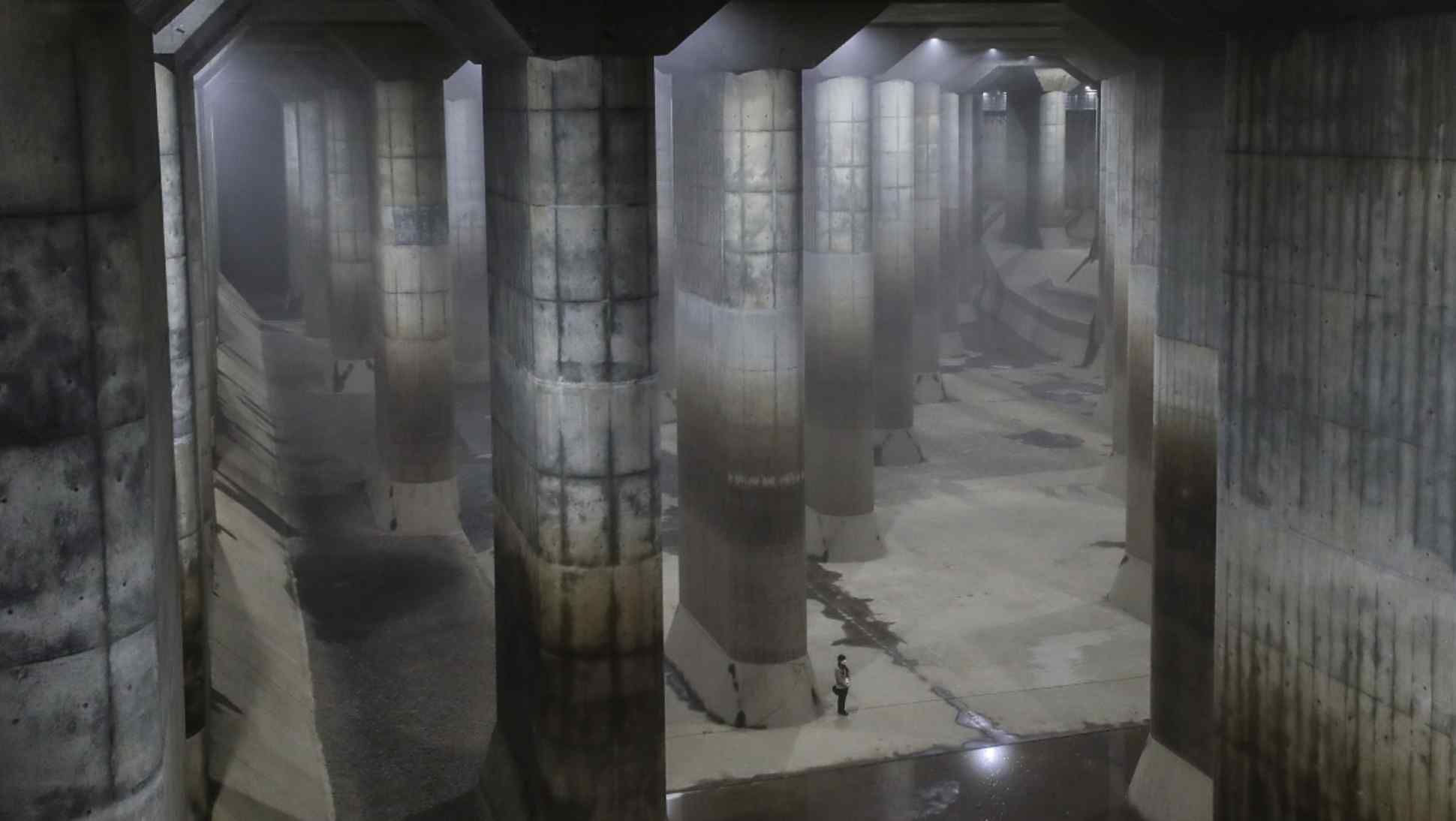 The Metropolitan Outer Area Underground Discharge Channel in Saitama Prefecture, near Tokyo, is at the forefront of Japan's fight against flooding as extreme weather threatens the country's infrastructure. (Photo by Ken Kobayashi)
The Big Story

TOKYO -- In October 2019, Typhoon Hagibis made landfall on the Japanese coast near Tokyo, with winds of over 195 kph and waves as high as three-story buildings. The largest typhoon to hit Japan since records began, it slashed through towns and inundated low-lying coastal areas.

Facing the prospect of massive floods, authorities were able to fall back on a recently created defense mechanism: a system of artificial caverns dug into the rock and clay underneath Saitama Prefecture, north of Tokyo. By gulping down 12.18 million cu. meters of water -- about 4,800 Olympic swimming pools worth -- it saved Greater Tokyo from an estimated 26.4 billion yen ($201 million) of damage.