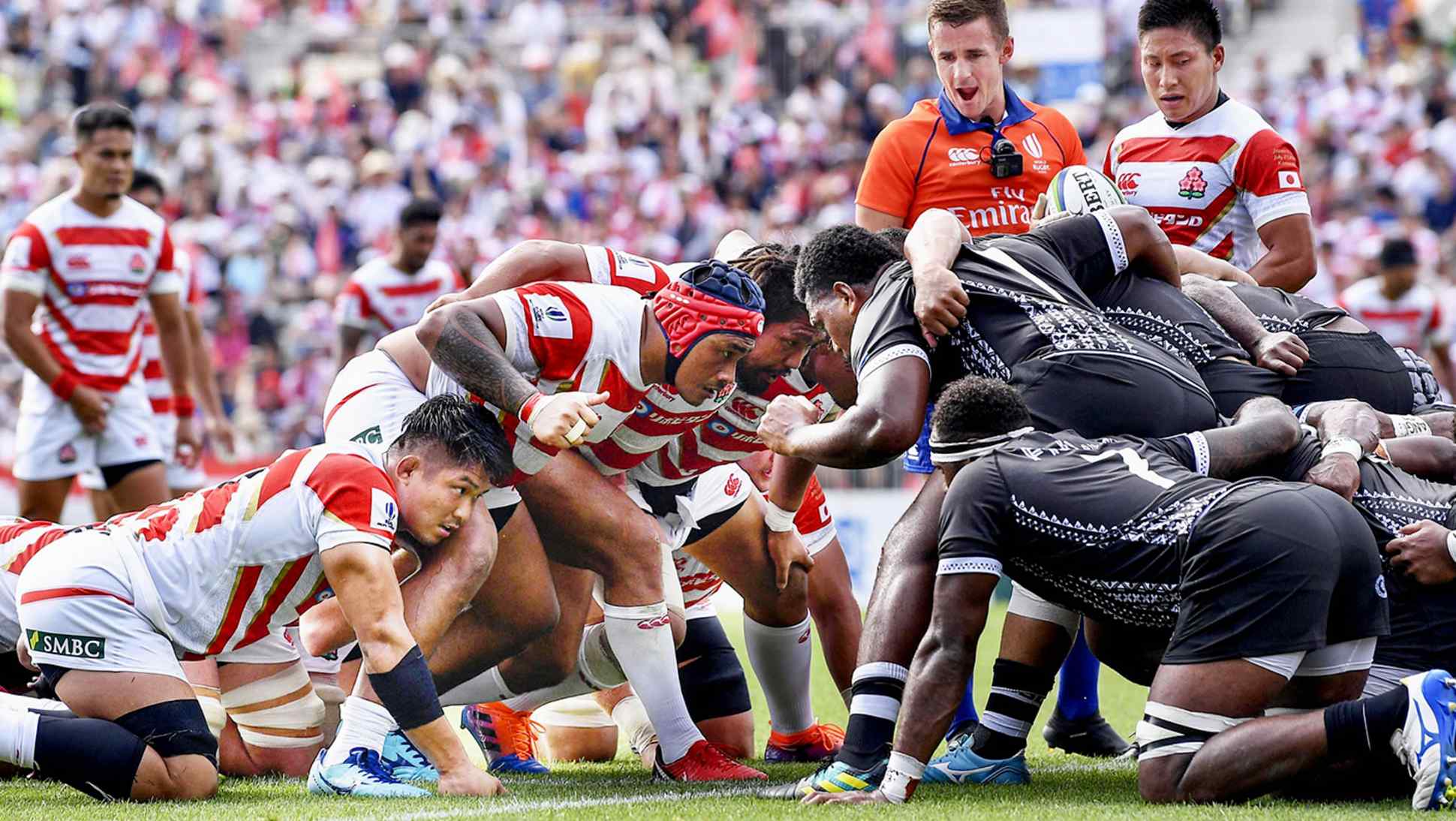 Japan's Rugby World Cup -- the first to be held in Asia -- aims to launch the niche sport into the region's multibillion-dollar market.   © Kyodo
The Big Story

To enter the big leagues, game seeks to untangle itself from Japan Inc ownership

TOKYO -- It is two months before the rugby season begins, but on a recent Sunday morning at a high school sports ground in central Tokyo, close to 120 children, most of them elementary school students, practiced passing and tackling drills in the summer heat.

Founded in 2013, the Bunkyo Rugby School is one of 25 similar clubs in the Tokyo area. Twelve-year-old Kanta Mitake, who has been a member since the age of six, is now gearing up for the citywide tournament in November. Kanta has often watched matches at Tokyo's Prince Chichibu Memorial Rugby Ground, the home of Japanese rugby, but has never had a chance to see the national team play -- until now. "I'm really excited to watch the Rugby World Cup in a stadium," he said.