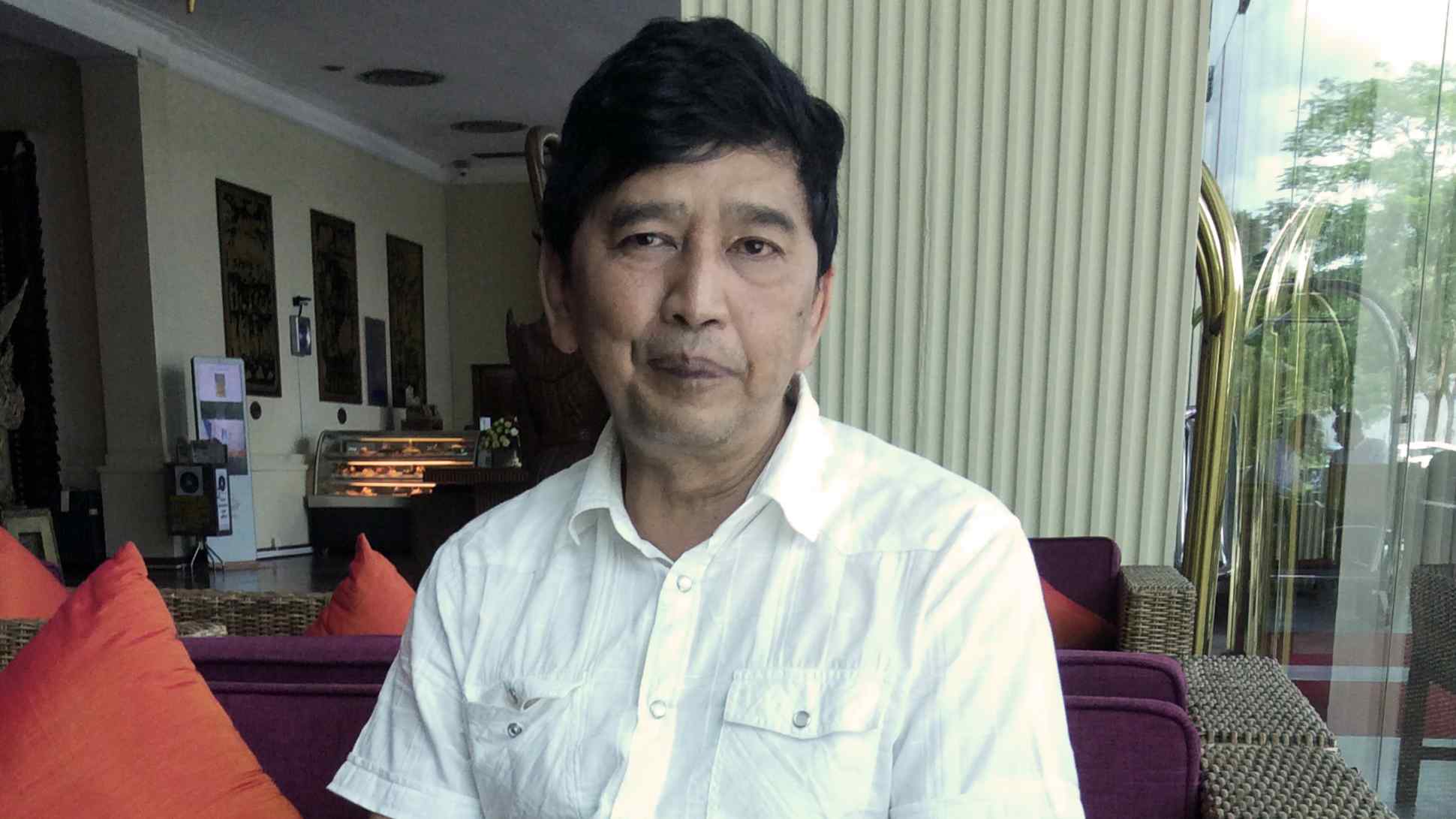 Min Ko Naing, now 55, spent much of his life in prison for his pro-democracy activism. (Photo by Dominic Faulder)
The Big Story

The chairman of the All Burma Federation of Student Unions, 30 years on

YANGON -- If anyone personified the idealism and heroism of the nationwide uprising in August 1988 in Burma, as Myanmar was then known, it was Paw Oo Tun, a 25-year-old ethnic Mon zoology student at Rangoon University. He went by the nom de guerre of "Min Ko Naing" -- Conqueror of Kings.

"I'll always be with the people. I'll never die," he said in early October of that year when we met secretly at a diplomat's home. "Physically I might be dead, but many more Min Ko Naings would appear to take my place."

I photographed Min Ko Naing with his face covered by a bandanna brandishing a list of demands, and also uncovered showing his wispy mustache and spare physique. It was agreed the straight portrait would only appear after his arrest.

To confuse officials, many students and activists posting flyers used his name during the six weeks of nationwide pro-democracy demonstrations that ended with a brutal reassertion of military power on Sept 18. Min Ko Naing was everywhere and nowhere.

An estimated 3,000 people died during that period -- and as many as 500 while the ominously named junta, the State Law and Order Restoration Council, established itself. Min Ko Naing paid a huge price for his boldness. He was arrested in March 1989 and, along with many other students, sent to the infamous Insein prison, built by the British colonial government in 1887. He was kept in solitary confinement there and at more remote prisons such as Sittwe until November 2004. 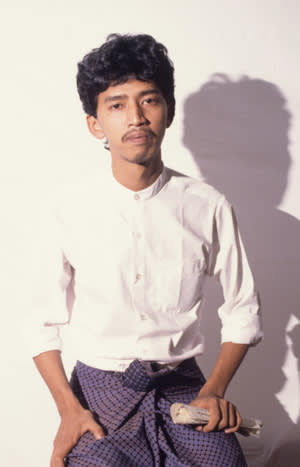 Min Ko Naing in 1988, shortly before his arrest (Photo by Dominic Faulder)

"There was no communication, no human contact, no reading," he recalls. "I lost my private life completely." He was closely watched after his release, and people who contacted him were intimidated. In 2006, he was imprisoned for three months. After another failed pro-democracy uprising, he was arrested again in August 2007, and moved between prisons over a four-year period, including to remote Kengtung in Shan State.

Min Ko Naing, now 55, has been free for seven years, since a political thaw initiated by former president and retired general Thein Sein. He paints -- a pastime he picked up while behind bars -- and aspires to become a playwright like Vaclav Havel, the last president of Czechoslovakia, who died in 2011. While he mostly stays away from politics, he is about to embark on a six-week speaking tour of the U.S.

Last year, he married Thiri Lwin, 33, a doctor who studied in Australia. She first fell in love with the gaunt student rebel when she saw the photograph taken in 1988. They share a Chihuahua but no children yet. "I worry if I can be a dutiful father," he said.

Min Ko Naing occasionally encounters Aung San Suu Kyi. "It is a little difficult to criticize her," he said. "She is busy with so many strategies -- she is driving an old car with new policies."

He has never accepted a position in her National League for Democracy. "I don't want rank or a salary, but I can help as an ordinary person and as a community leader. I am cultivating the new generation. In the old education system, there were no ethics."

He is concerned about national divisions, including the plight of the Rohingya in Rakhine State.

"If they are citizens, they should have full rights," he said. However, one of the main problems facing the Rohingya is proving their citizenship in Myanmar. "In 1988, we only wanted democracy. Now we need to know about federalism and ethnic rights."