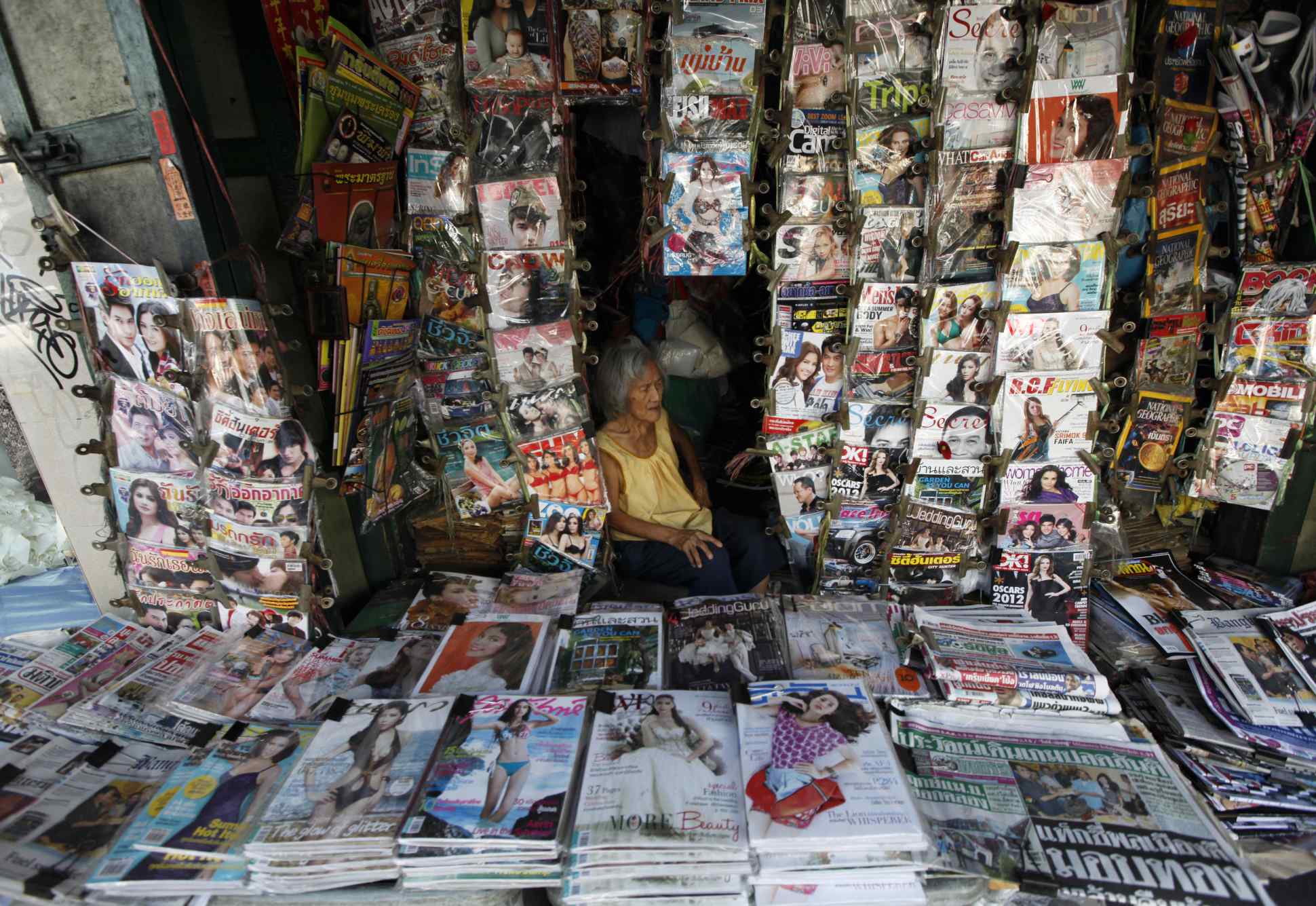 A woman waits for customers at her newsstand in Bangkok.   © Reuters
The Big Story

BANGKOK -- "Melt down the presses and auction off the metal," said Todd Ruiz during a recent media panel in Bangkok. "Thailand's fourth estate crisis is a self-inflicted wound."

The blunt-speaking Californian editor of Khaosod English, a small but growing online news service spun off from a daily in the respected Matichon Publishing Group, believes the traditional press has calcified and lost its way, but "can remain viable in the formats of the future by rediscovering the purpose of its past."

There is little room for optimism. Thailand, home to a bold, booming press in the 1990s, is today only slightly behind the global curve in terms of newspaper shutterings due to declining readership and falling advertising. The daily Ban Muang closed early last year, and a number of magazines that were household names have gone, including Dichan, Satri Sarn and Kwan Ruean.

The financial woes compound the headwinds from other, more sinister forces at work. In January, Khai Maew disappeared without explanation. The satirical online comic strip started by an anonymous artist in 2016 had grown popular by gently poking fun at the humorless military government. Television companies have also been pinched. In February last year, the combative Voice TV laid off 57 employees. In December, another 127 of the roughly 300 remaining had been made redundant. Two suspensions by the military each cost the broadcaster an estimated 15 million baht in lost revenue.

"The problem is not the cost-cutting," said Pichai Chuensuksawadi, a retired editor of the Bangkok Post and board member of the World Association of Newspapers. "It's the revenue drop -- how do you get the revenue back?"

The internet and social media have permanently changed the media landscape. Last year Google and Facebook attracted 84% of global spending on digital advertising, excluding China, according to estimates by GroupM, a media buying agency.

"Thais are happy to claim they are one of the largest active users of Facebook and Google in the world, which is nothing actually to be proud about," said Pana Janviroj, president for international business at Nation Multimedia Group.

Singapore Press Holdings, the publisher of The Straits Times, has diversified into shopping malls and condominium developments to offset falling media revenues. For the fiscal year ended in August, the group's media operations contributed only 36% to pretax profit, down from 61% in 2015 and 52% in 2016.

Other struggling media companies have found refuge in new owners. In late 2015, Alibaba Group Holding acquired the South China Morning Post. In an interview with the newspaper, Jack Ma Yun, founder of the world's largest online trading company, said his vision was to "transform the Post into a global media agency with the help of Alibaba's technology and resources." Whatever its editorial direction, the SCMP now occupies plush new offices and is in little danger of going under. 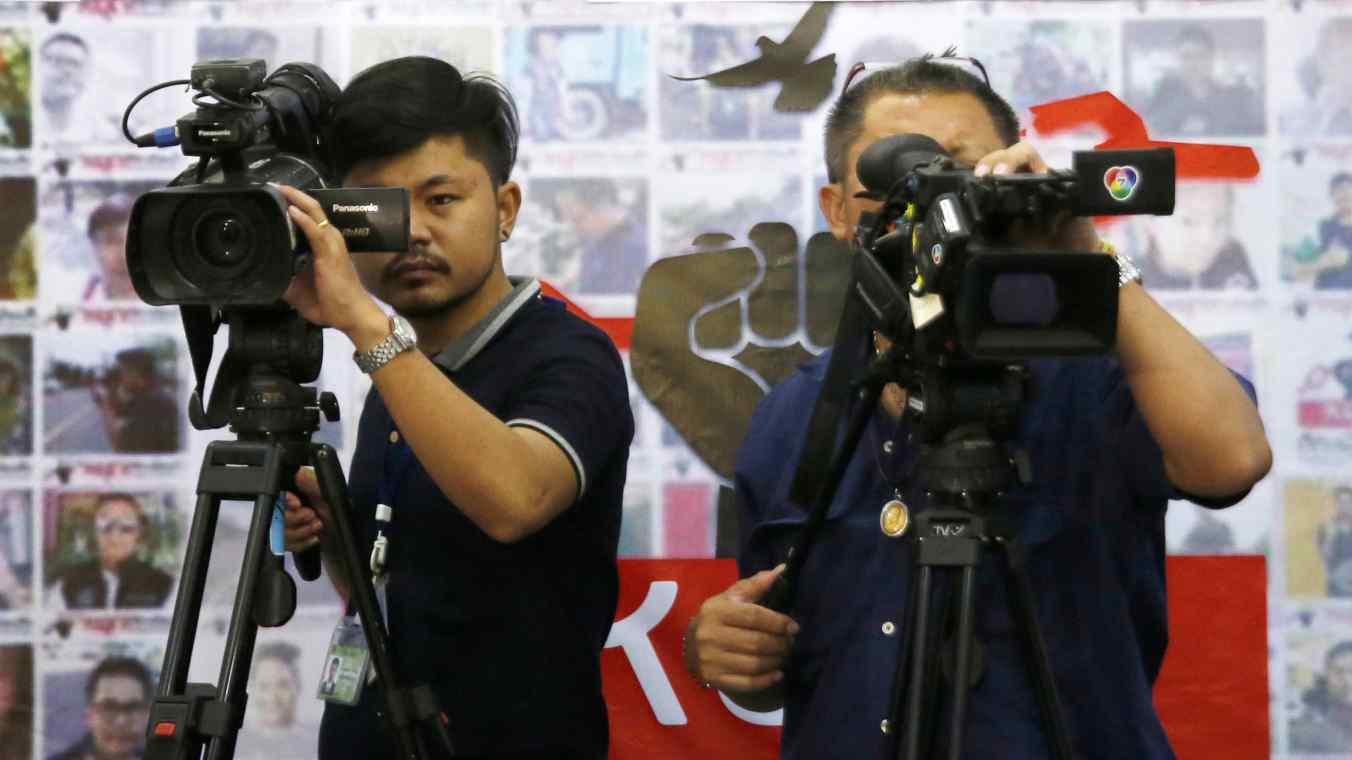 Thailand's debt-ridden NMG, which owns English-language daily The Nation, was last month acquired by Sontiyan Chuenruetainaidhama's News Network through its subsidiaries T News, Inn News and Spring News. NMG was one of the biggest casualties of Thailand's digital TV disaster after the National Broadcasting and Telecommunications Commission auctioned off 24 licenses to 17 bidders in 2014, glutting a shrinking market. NMG bought not one but two licenses at a time when viewing habits were adjusting to changes wrought by social media and the smartphone revolution.

"It's clear now the major newspaper groups lost the plot," said Pichai. He believes radical consolidation may now offer the only solution, but existing owners refuse to accept this and "lose face."