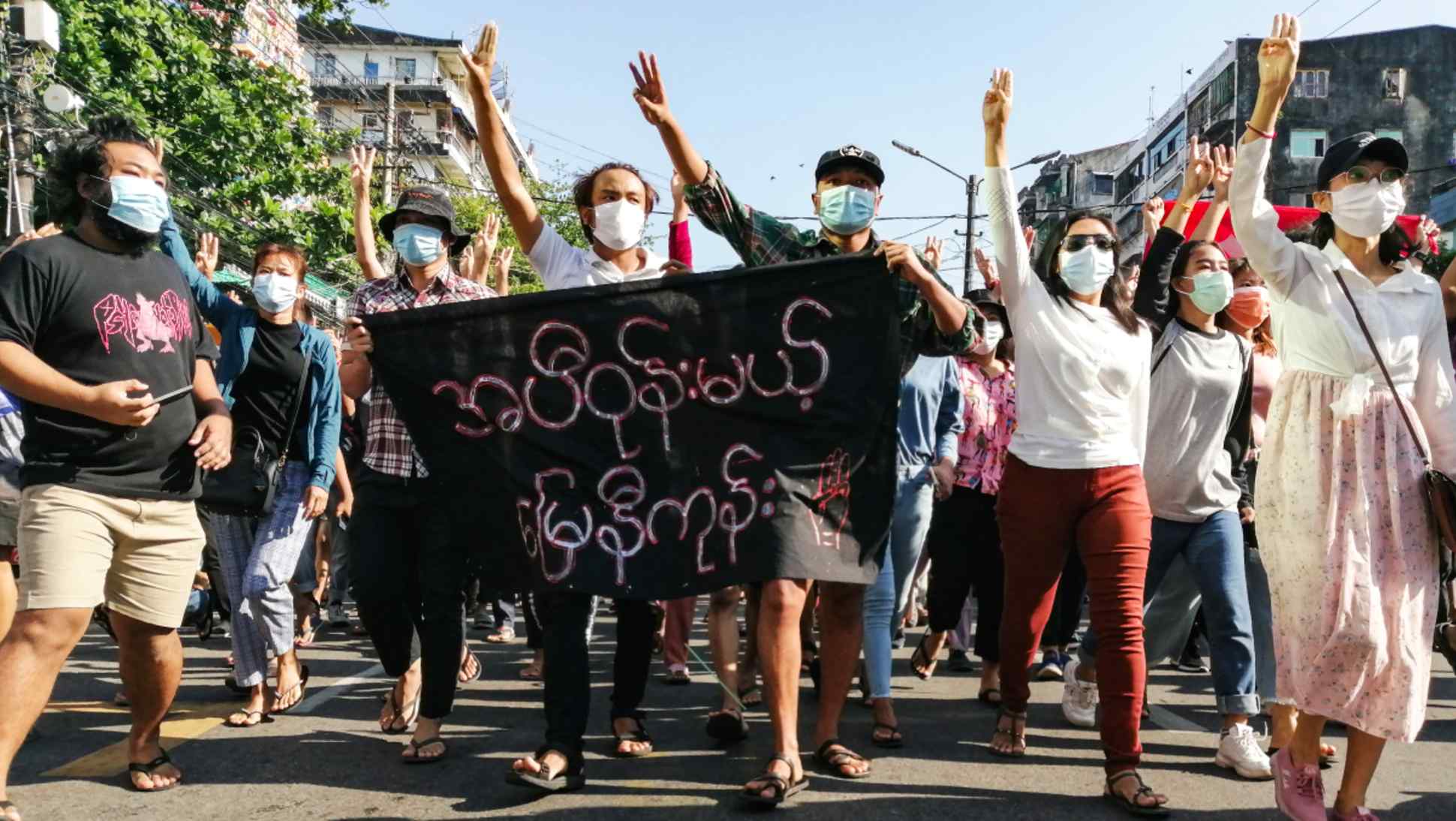 A flash protest in Yangon on May 2. Opposition to Myanmar's military government continues to swell.  (Photo by Berry)
The Big Story

BANGKOK/YANGON -- A video of a little-known political leader declaring war on Myanmar's military regime went viral on social media on Sept. 7, garnering more than 1 million views on Facebook, Twitter and other platforms within days. Clad in a traditional red-and-purple headdress and white jacket, Duwa Lashi La, an ethnic Kachin lawyer and acting president of the underground National Unity Government, declared a "people's defensive war" on the military rulers that seized power on Feb. 1.

"We have to initiate a nationwide uprising in every village, town and city in the entire country," he said, urging civil servants to abandon their posts and ethnic armed groups as well as pro-NUG fighters, known as the People's Defense Force, to target the military regime's assets and security forces. "As this is a public revolution, we urge all citizens within the whole of Myanmar to revolt against the rule of the military terrorists led by [Commander in Chief] Min Aung Hlaing."