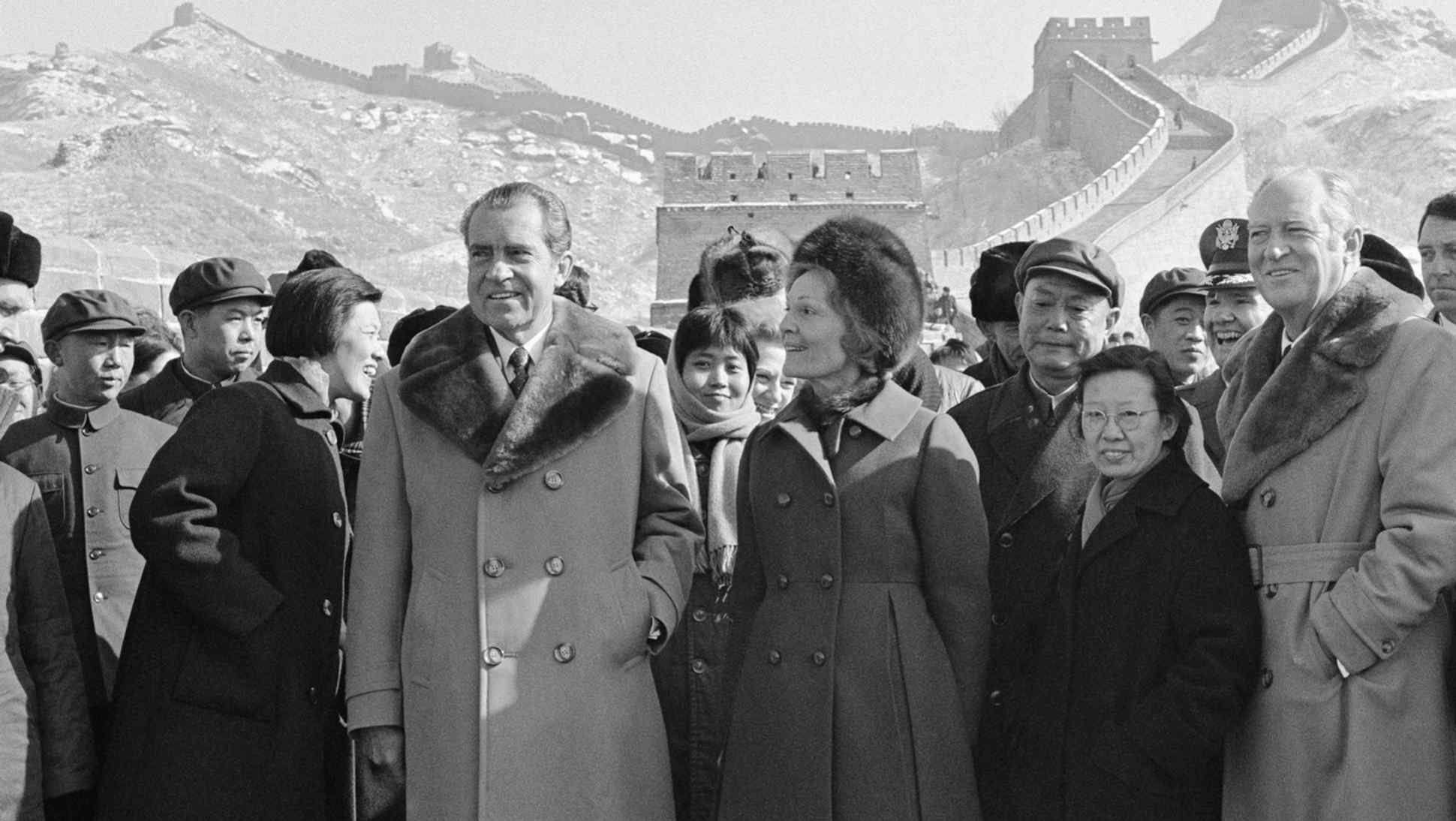 Former U.S. President Richard Nixon and his wife, Patricia, visit the Great Wall near Beijing during their trip to China in February 1972. Nixon was the first sitting U.S. president to travel to the country, kicking off a tumultuous half-century of U.S.-China relations.    © Getty Images
The Big Story

Nixon in China, 50 years on

Xi-Putin friendship usurps half a century of U.S. diplomacy

Some years after the euphoria of his first, secret trip to Beijing had worn off, Henry Kissinger emerged from a bruising meeting with his Chinese counterparts. "When these people don't need us anymore," he said, turning to one of his aides, "they are going to be very difficult to deal with."

Kissinger's dramatic 1971 trip, which he pulled off by feigning illness while in Pakistan so he could slip onto a plane to Beijing, set the stage for former U.S. President Richard Nixon's arrival in the Chinese capital the following year.