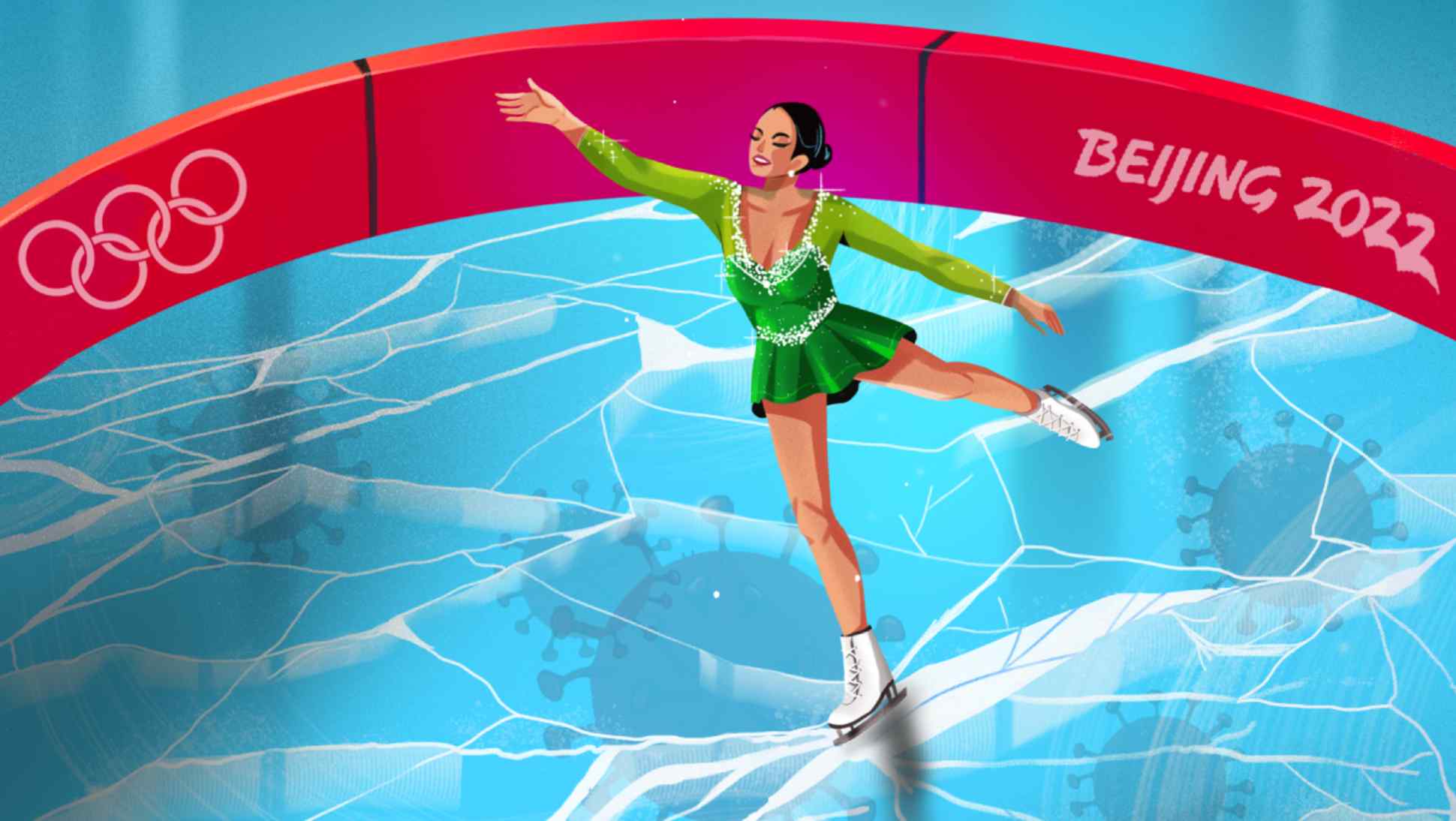 Ahead of the opening ceremony on Feb. 4, Beijing's rising COVID cases and the human cost of China's ruthless anti-virus policy are calling the zero-tolerance approach into question.   © Illustration by Parvati Pillai
The Big Story

With omicron's arrival, costs of zero-tolerance measures may outweigh benefits

DALIAN, China -- It was 3 a.m. on a freezing January night when Ms. Wu, along with the other residents of her apartment complex in China's northeastern city of Tianjin, was roused by local authorities for an immediate PCR test. Stumbling downstairs and out into the cold, they lined up in the street for about an hour to be swabbed.

Wu, who did not want to reveal her full name, has been tested more than 10 times since Jan. 9, the day after a case of the omicron variant of COVID-19 was detected in her district of the city of Tianjin. Until the outbreak is contained, residents are confined to their apartment complex, only allowed out for PCR tests. A gate has been set up at the entrance to the complex, and municipal officials stand guard to prevent people from leaving.