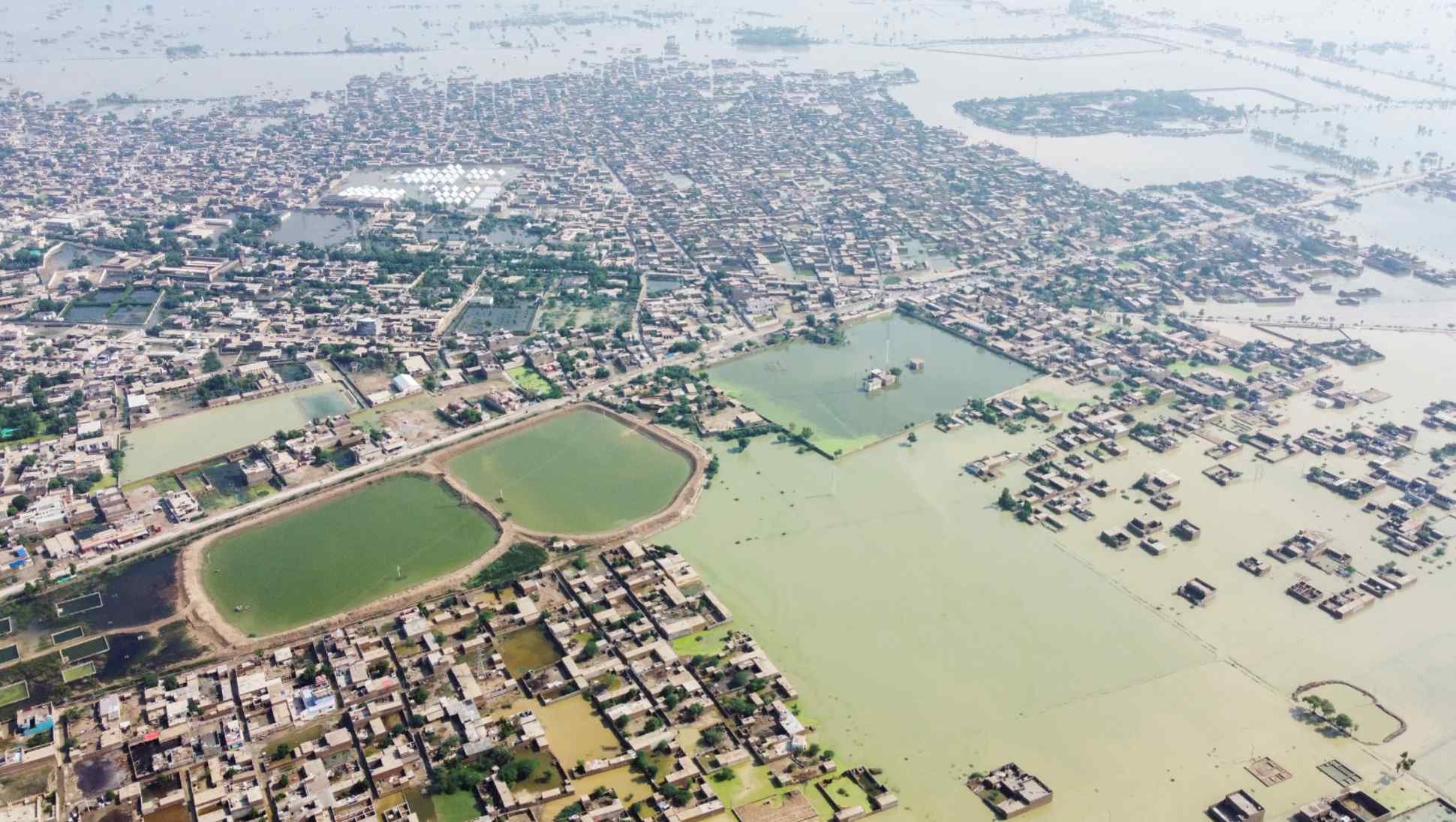 After record rain during this year's monsoon season, much of Pakistan was overwhelmed by floods in late August. These submerged buildings are in Jafferabad, Balochistan.   © Reuters
The Big Story

The rift between rich, carbon-emitting countries and the vulnerable, developing world is widening

ISLAMABAD -- After four days of torrential rain, residents of Rahimabad, a low-lying neighborhood on the banks of the Kabul River, received a WhatsApp message on August 26. The deputy commissioner of the Pakistani district of Nowshera regretted to inform them that floodwaters were rising rapidly and would submerge most of their homes in the next few hours. The message urged residents to evacuate.

Moin Khan, a 42-year-old driver, discussed with neighbors whether to take the warning seriously. He is glad that he did. On the insistence of his relatives, he left with his family and moved to a temporary camp set up by the government in a local school for the next four days. He returned home the following week after the water receded, to see what was left of his two-bedroom house. Walls had collapsed, furniture was soaked in water, and nothing had been left intact. "When the rain started, we were happy for a change in weather. We could never have imagined that the rains would destroy all our material possessions," Khan told Nikkei Asia during a visit to his house.