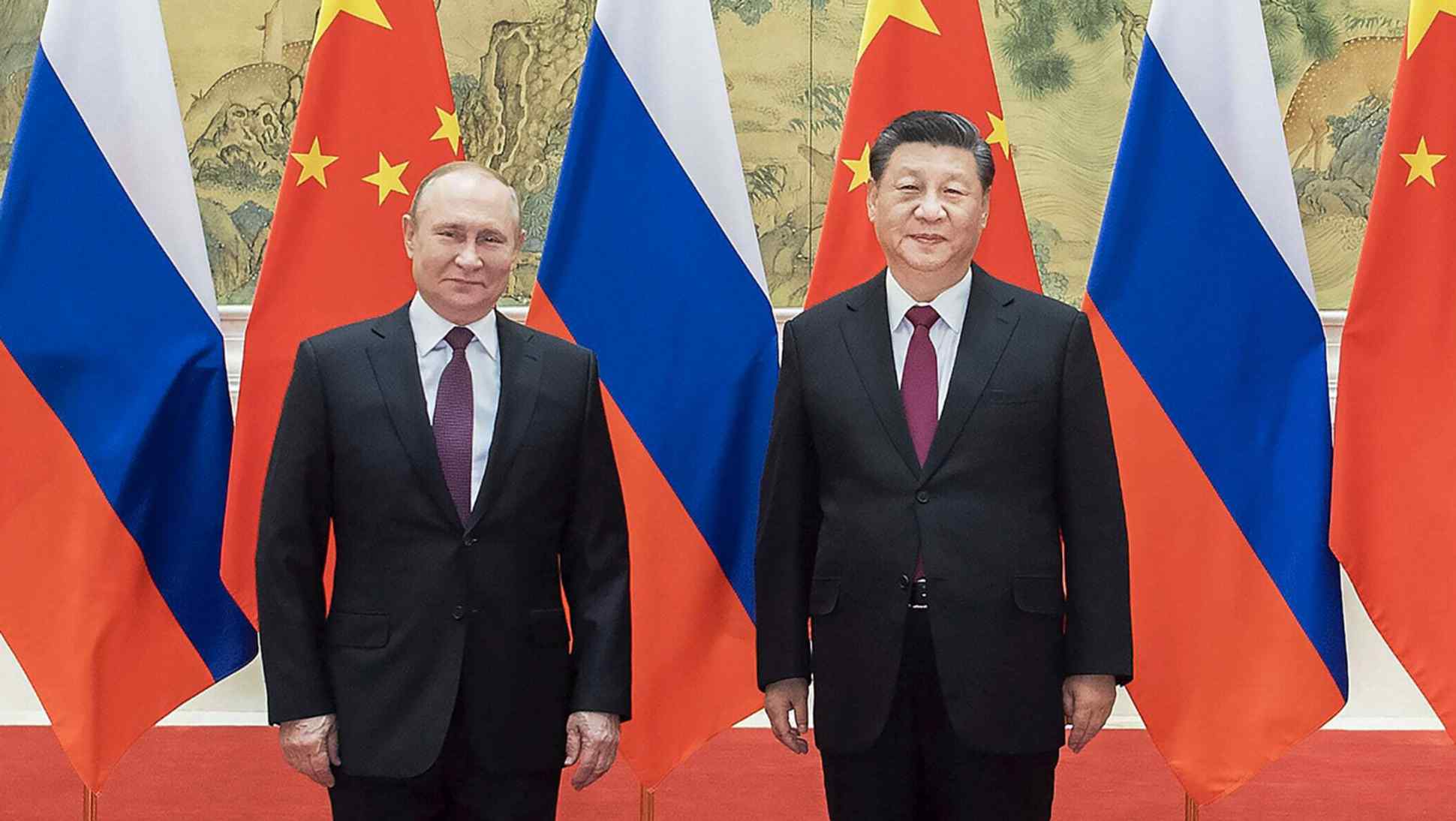 Vladimir Putin and Xi Jinping meet in Beijing on Feb. 4. Putin has reportedly asked Beijing for military support for his war on Ukraine, leaving Xi and the powers' "no limits" partnership at a crossroads.   © AP
The Big Story

BEIJING/NEW YORK -- The Diaoyutai State Guesthouse in Beijing is a low-lying gable-roofed complex surrounded by scenic pines and bamboo groves that in China's modern era has hosted guests of state from Henry Kissinger to Kim Jong Un. It was there, in the guesthouse's Fang Hua Yuan building, just after 3 p.m. on Feb. 4, that Chinese President Xi Jinping stood smiling to welcome Russian President Vladimir Putin.

The summit was the leaders' first face-to-face meeting in two years, on the eve of the Beijing Winter Olympics, where Putin was Xi's guest of honor. This was a friendship between the world's two greatest autocrats, one in which the personal melded seamlessly with the geopolitical, like the dynastic marriages of the middle ages.