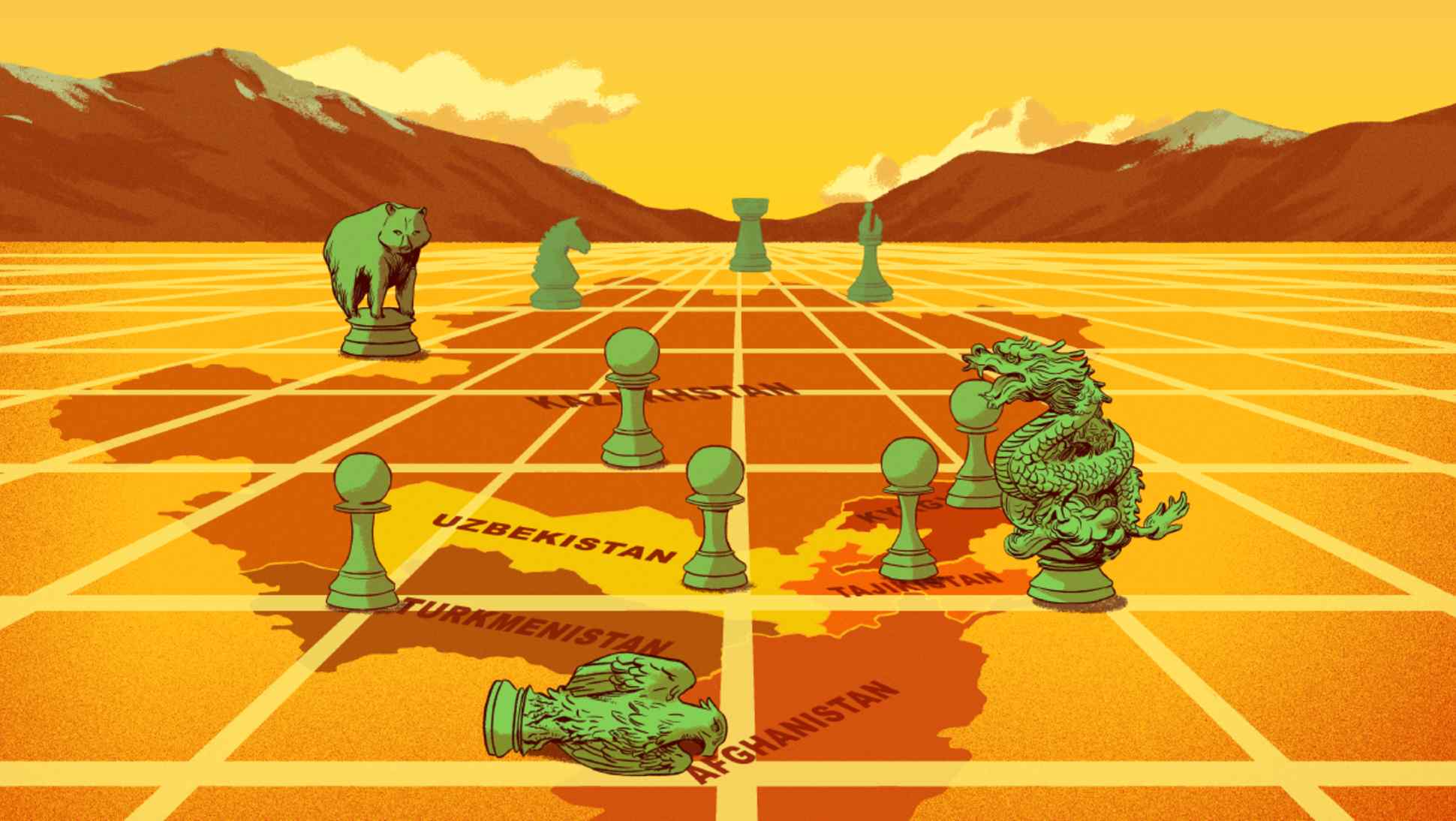 Three decades after gaining independence from the Soviet Union, Kazakhstan, Kyrgyzstan, Tajikistan, Uzbekistan and Turkmenistan find themselves pawns in a power game among the U.S., Russia and China.    © Illustration by Chuan Ming Ong
The Big Story

China, Russia and the U.S. vie for influence in the post-Afghanistan era

MOSCOW -- For three decades, Central Asia has had a front-row seat for the rise and fall of empires. In 1991 the former Soviet republics in the region seceded one by one from the USSR, creating a bulwark of newly independent states and sealing the end of the Cold War. Then, after 2001, Central Asia became an arena for the U.S. war on terror, witnessing firsthand the limits of U.S. power in the ultimately failed occupation of Afghanistan.

Today, on the 30th anniversary of their independence, the five "stans" of the region: Kazakhstan, Kyrgyzstan, Tajikistan, Uzbekistan, and Turkmenistan, are the first to contend with a new era of anarchic geopolitical competition that has replaced the old era of unchecked U.S. hyperpower. Since the 19th century and the "Great Game" of dominance between Russia and Britain, the region has witnessed the seesawing fortunes of one hegemon after another.