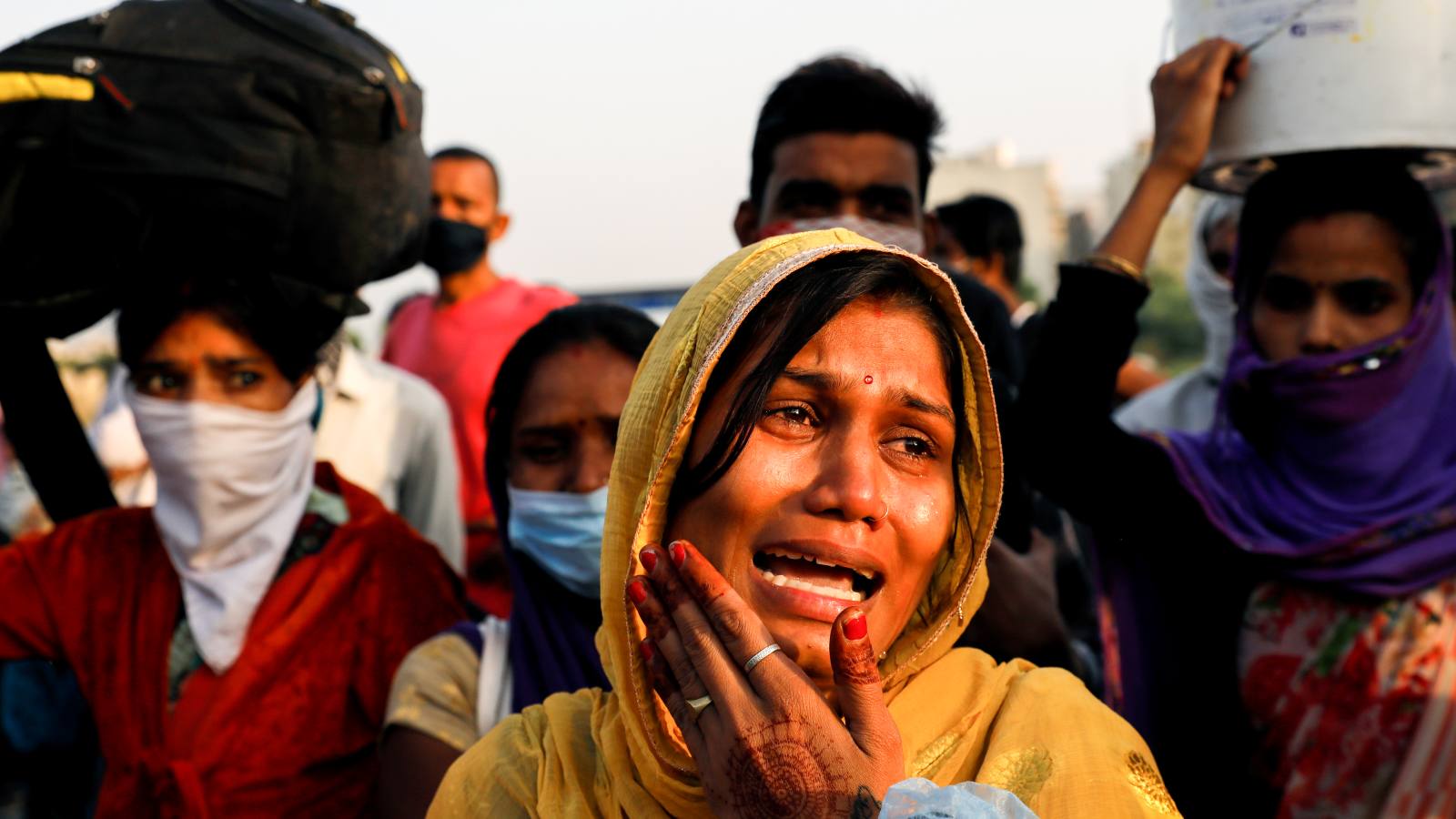 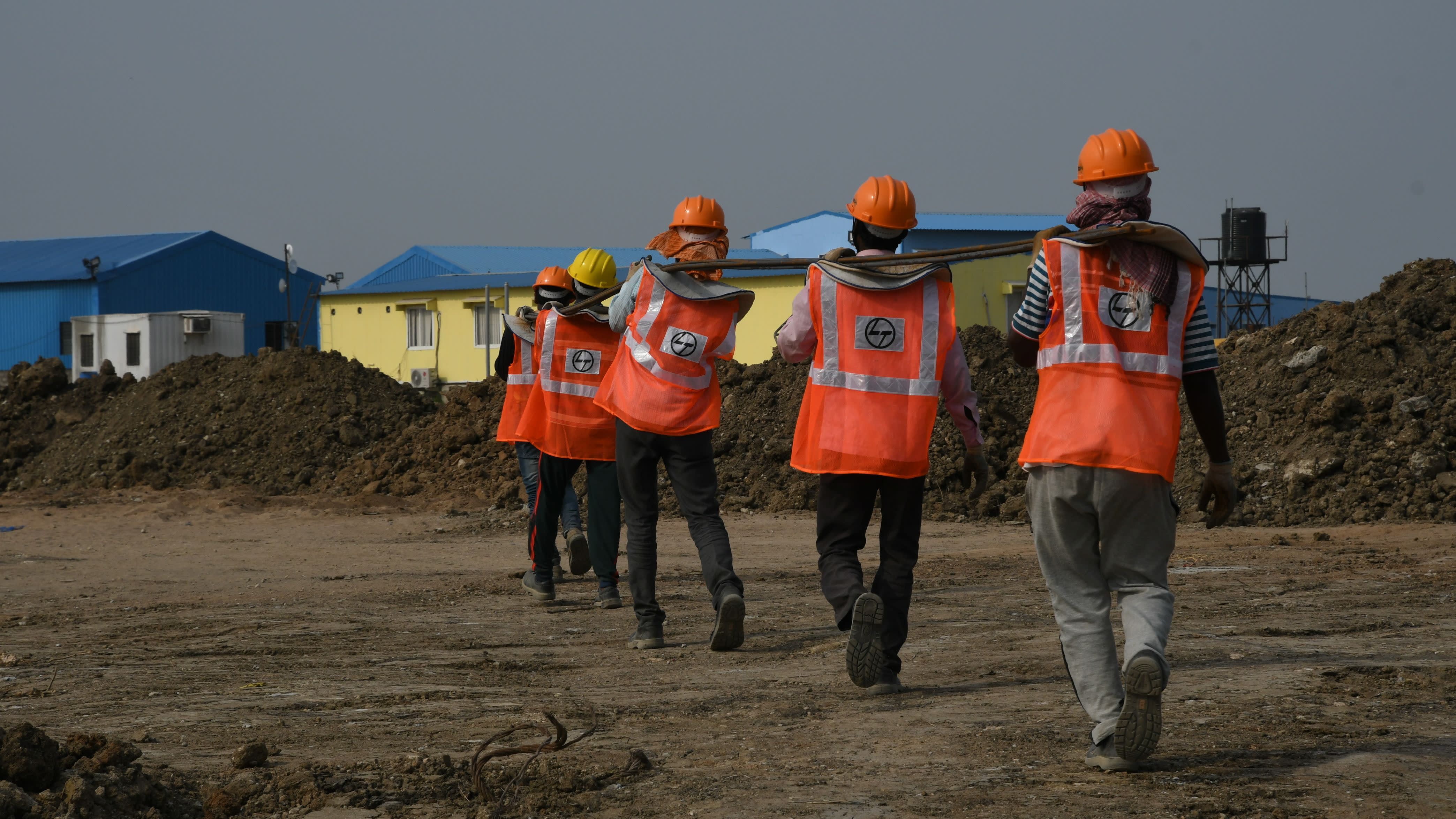 Work is underway on Amaravati, one of the 100 smart cities India plans to develop, but the road ahead a long one. (Photo by Takaki Kashiwabara)
The Big Story

Three years in, India's smart city program has a long way to go

NEW DELHI -- On June 20, Shillong in northeastern India was selected as the 100th and final city to be included in Prime Minister Narendra Modi's Smart Cities Mission, taking the total proposed investment in the ambitious program to 2.05 trillion rupees ($29.9 billion).

Launched three years ago, the mission is one of Modi's signature programs. The aim is to promote sustainable and inclusive urban development to improve residents' quality of life and drive economic growth.

While the government has not precisely defined the term "smart city," key features are generally expected to include efficient transportation, energy-efficient buildings and robust digital connectivity, as well as adequate water and electricity supplies, sound governance and affordable housing. All told, the program has the potential to impact around 100 million of the country's 1.25 billion citizens.

The need for urban development is pressing, given how rapidly India's cities are expected to grow.

"If 600 million people live in urban spaces in 2030, then most studies I have seen show that we have to build something like 700-900 million sq. meters of urban space - commercial and residential - every year between now and 2030," Hardeep Singh Puri, Housing and Urban Affairs Minister, said at a recent event. "If that is true, 70% of the India of 2030 still remains to be built." According to a government statement in May, 1,333 projects under the smart cities program worth a total 506.26 billion rupees had either been completed or were in the implementation/tendering stage. These projects include the development of roads, water, solar networks and public spaces.

For critics of the program, this is not enough. They demand more rapid progress and better utilization of funds.

"Dear Modi bhakts (devotees), Out of [98.6 billion rupees allotted for some 60] Smart Cities only 7% has been used," Rahul Gandhi, president of the main opposition Indian National Congress, tweeted in late December. "China is out competing us while your master gives us empty slogans," he said, citing progress in the city of Shenzhen.

Cities were selected for the mission through a competitive process that linked financing to their likely ability to meet the program's objectives, with each city presenting its own concept and vision for a smart city that suited its local context. Four rounds of competition were held from July 2015. Cities chosen in the last full round, in January this year, include Moradabad, Diu, Erode and Biharsharif in India's north, west, south and east, respectively.

Implementation at the city level is carried out by special purpose vehicles -- companies created by urban local bodies, or ULBs, to oversee the development process. Once a city is selected for participation, it usually takes 12 to 18 months to set up an SPV, appoint a project management consultant, prepare detailed project reports and award the work through tender offers.

The national government is to provide each city in the program with 1 billion rupees per year for five years, with the state administration expected to match that amount. Government funding, however, will meet only part of the required amount. The rest will have to be raised through land monetization, bank loans, public-private partnerships and other means.

ULBs, however, may find it difficult to raise funds from external sources, owing to their poor governance and financial situation, according to a report released in January by New Delhi-based PRS Legislative Research. In the report the institute cited an expert committee's observation that ULBs in India "are among the weakest in the world, both in terms of capacity to raise resources and financial autonomy."

With an estimated 1 million people moving from India's rural and semirural areas to cities every month, the challenge will be to make sure that "renaissance" happens rapidly enough.