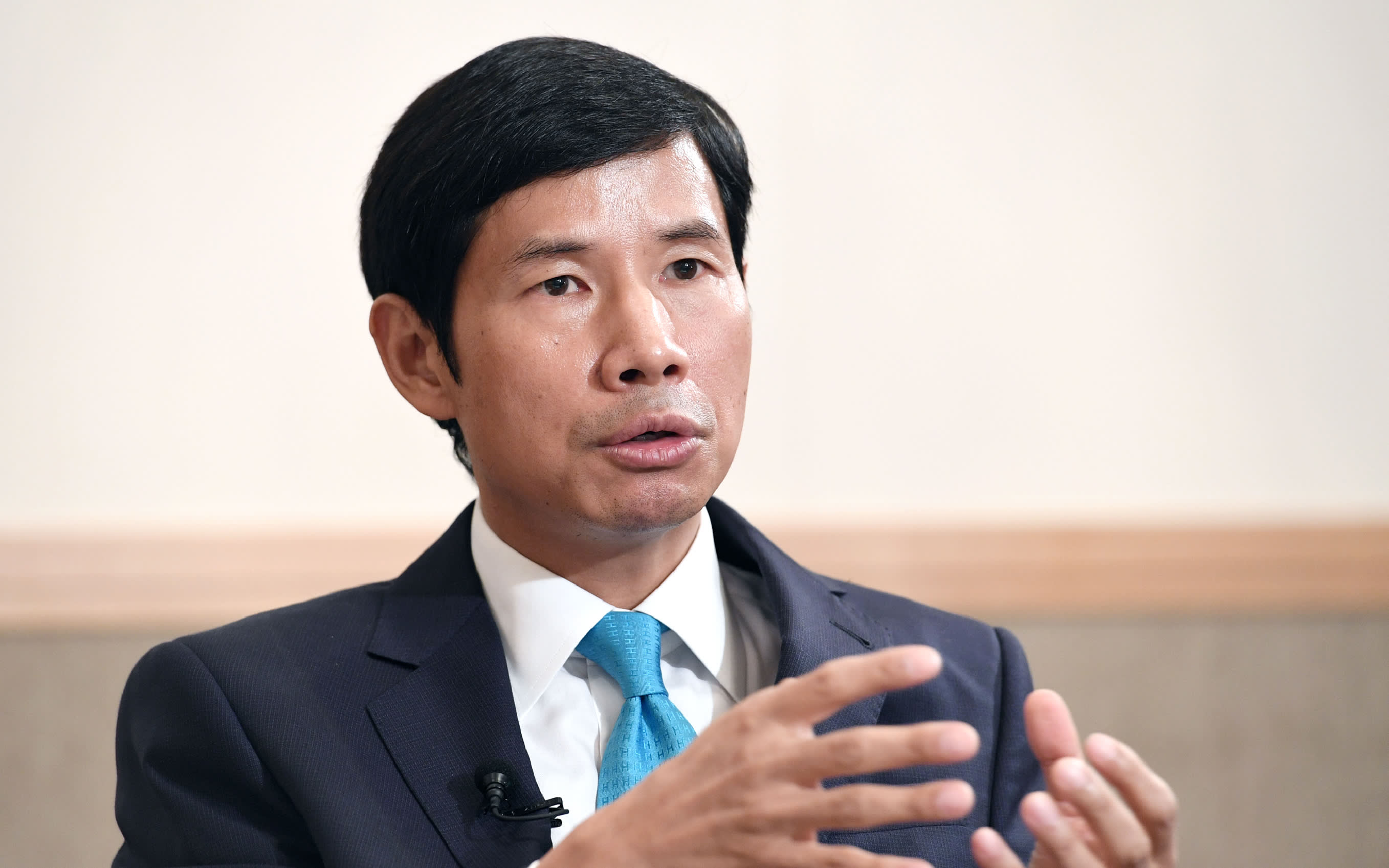 TOKYO -- For the good of the region, the 11 nations of the Trans-Pacific Partnership agreement should invite China into the pact to accelerate the country's reforms, according to the former chairman of Goldman Sachs China.

"I heard from Prime Minister Abe that Japan is committed to make the TPP happen without the US. I think it is a good initiative, [but] I think [it is] even better if the current 11 countries could invite China to be part of the TPP," Fred Hu, current chairman of private equity firm Primavera, told the Nikkei Asian Review on Tuesday in an interview on the sidelines of the Future of Asia conference in Tokyo.

Since U.S. President Donald Trump pulled the U.S. out of the TPP, the remaining 11 nations have been busy trying to implement the deal without the U.S. Hu said that since China is the biggest trading partner for many of the member nations, it "makes sense" for the country to join.

"Of course, I understand the initial concern is [that] China still has state-owned enterprises [and] environmental standards are not good enough. But this is an opportunity for the TPP 11 countries to impose the same standards [on] China; to force China to reform at [a faster] pace," Hu said. "Those reforms are going to happen anyways even without being part of the TPP. But if China were to join, those reforms can accelerate."

Hu was instrumental in building Goldman Sachs' franchise in the region, and has previously advised Beijing on issues like financial and pension reform. He thinks China is interested in joining the TPP, but in order to save face, the country "may need to be invited" as opposed to joining on its own accord.

The Primavera chairman expressed cautious optimism that China, regardless of joining the TPP, will be able to deal with its problems of excessive private sector debt, shrinking elements of the old economy such as steel production, and environmental challenges. Hu noted that after the 19th Communist Party congress later this year, Chinese leadership will focus its energy on structural reforms and could count on wide public support.

"Reforms have widespread, grass-root support. Average people in China -- the middle class, the entrepreneurs, educated students -- are all strongly in favor of reforms. There is strong social political support for it," he claimed. "Reforms have some unintended negative consequences in the short term... [like] job losses. But the government has the resources to take care of those people through income transfer [and] through retraining so that those people can be taken care of," Hu added.

Part of the reform, the chairman said, would be in the financial sector. Despite being included in the International Monetary Fund's Special Drawing Rights in last October, the central bank still controls the currency, with Beijing having also imposed capital controls to prevent money leaving the country.

"I believe China is more or less ready to open up the capital market, to fully internationalize the renminbi," the chairman said. "I think this is a realistic prospect in the... next three to five years. The renminbi could join the yen, the euro, [and] the U.S. dollar in becoming a freely convertible, [being a] leading currency for cross-border trade, payments and investments."

Hu added that a reformed, more liberalized China would be hugely beneficial to Asia. He feels that China having a "market-based economy" integrated with both the regional and world economies would have a greater stake in stability and peace. "The vast majority [of Chinese], are in favor of globalization," Hu said. "They want to have peace, [and a] peaceful, stable external environment. The stakes are very high, which means China cannot become overly aggressive. China has to be a credible leader."