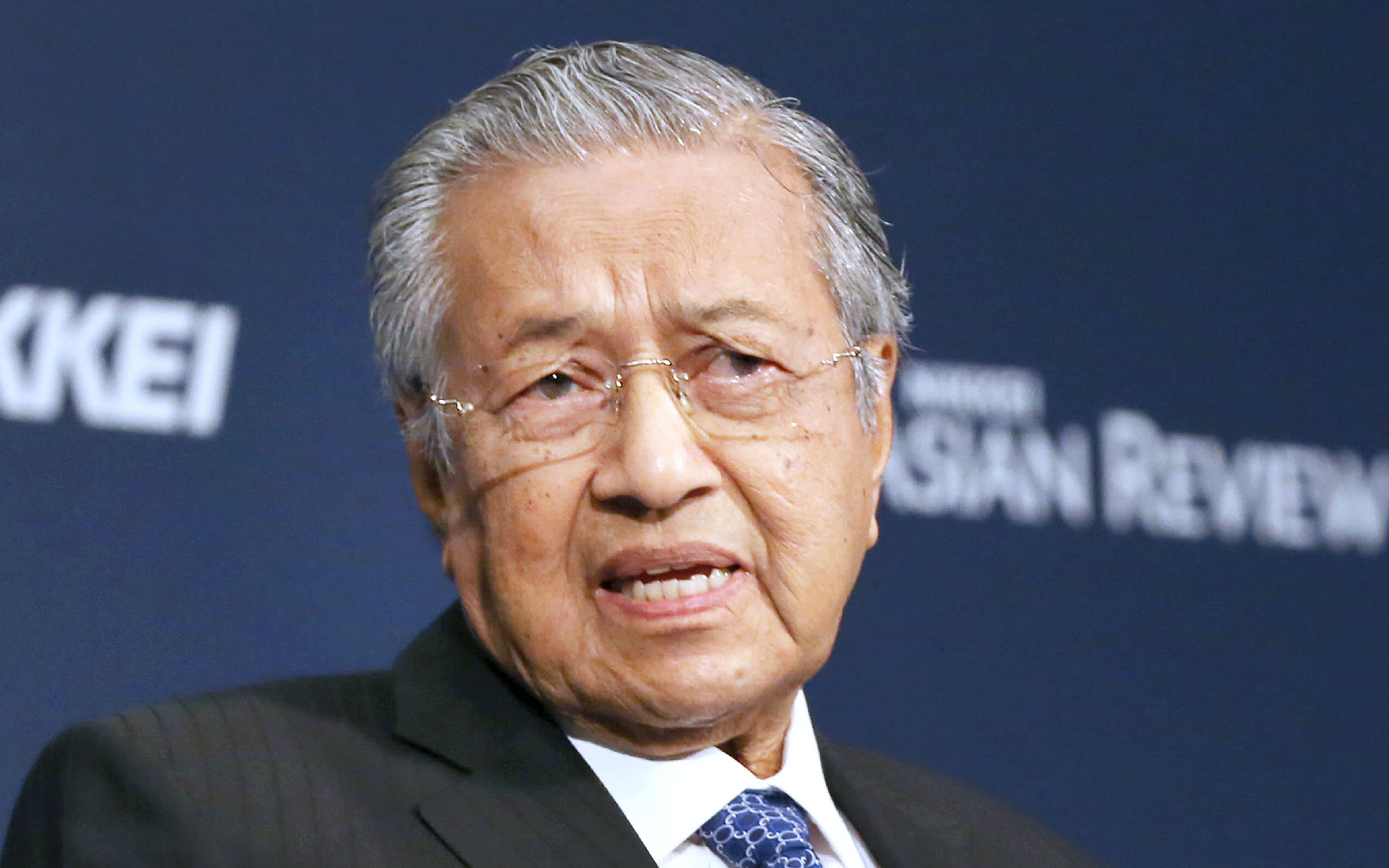 TOKYO -- The exit of the U.S. from the Trans-Pacific Partnership will pave the way for a more "equitable" deal for Asian countries, Malaysia's former Prime Minister Mahathir Mohamad told a forum of Asian political leaders on Tuesday.

Speaking at the 23rd International Conference on the Future of Asia, organized by Nikkei Inc., the 91-year-old political heavyweight suggested members of the pact should instead invite China, the region's largest economy by far, to join.

"Without America, countries can think of new ways to cooperate with each other in a more equitable way," Mahathir said, adding that "America [tends] to dictate and force its own views." He insisted that Asian countries should take this opportunity to reduce their dependence on the U.S. in terms of both trade and politically.

Malaysia is one of three members of the Association of Southeast Asian Nations that is in the TPP, which now has 11 members after the U.S. withdrawal.

Mahathir said the agreement should be revised, arguing that the current provisions were "drawn up entirely by the U.S.," and that many of the chapters favored it.

"It should be more equitable. Then we could include China as well," he said. "To exclude China is to ignore the role that China plays in this region and ... to create an unequal kind of situation between China and the rest."

The former prime minister, however, expressed concern over China's use of military power in disputed waters such as the South China Sea. "Having military forces in the region creates a tension that is not good for international trade," he said, also mentioning North Korea.

Regarding the U.S. military presence in the region, he said that it "may be present," but not in a "threatening way." He cited the recent sailing of U.S. Navy warships near an artificial island created by China in the South China Sea as an example of aggressive behavior.

Mahathir also lamented the sale of nearly half the shares of Proton Holdings, Malaysia's ailing national carmaker, which he founded in 1983, to Chinese automaker Zhejiang Geely Holdings. "I was open [to] having foreign partners, but not selling Proton to other countries," he said. "It no longer becomes a national car," with the sale of the stake.

He said that having a national automaker did a lot to enhance Malaysia's industrial prowess, given the wide range of components and technology that the business requires. "Now [that] it is not Malaysia[n] owned, I am not sure if their focus will be on improving Malaysia's engineering capabilities," he said, but added that he is "a former prime minister, and people can do what they think is best."

Mahathir was Malaysia's fourth prime minister since the country gained independence and held office for 22 years, starting in 1983. Last year he formed an opposition party aimed at toppling the government of Najib Razak in a general election scheduled for as early as the end of the year. Najib has been accused of corruption involving a state-run investment fund.

"The prime minister has become too powerful," Mahathir said. "I was powerful, but I didn't abuse my powers. That is why I was re-elected five times."

Asked if he would again be prime minister if his party wins the election, he said that it is possible for "a short while."

"If there is no candidate ... I might try, only on condition that everybody agrees," he said. But he stressed that his primary intention is to lead the opposition to victory, as he has "a lot of experience in winning elections."