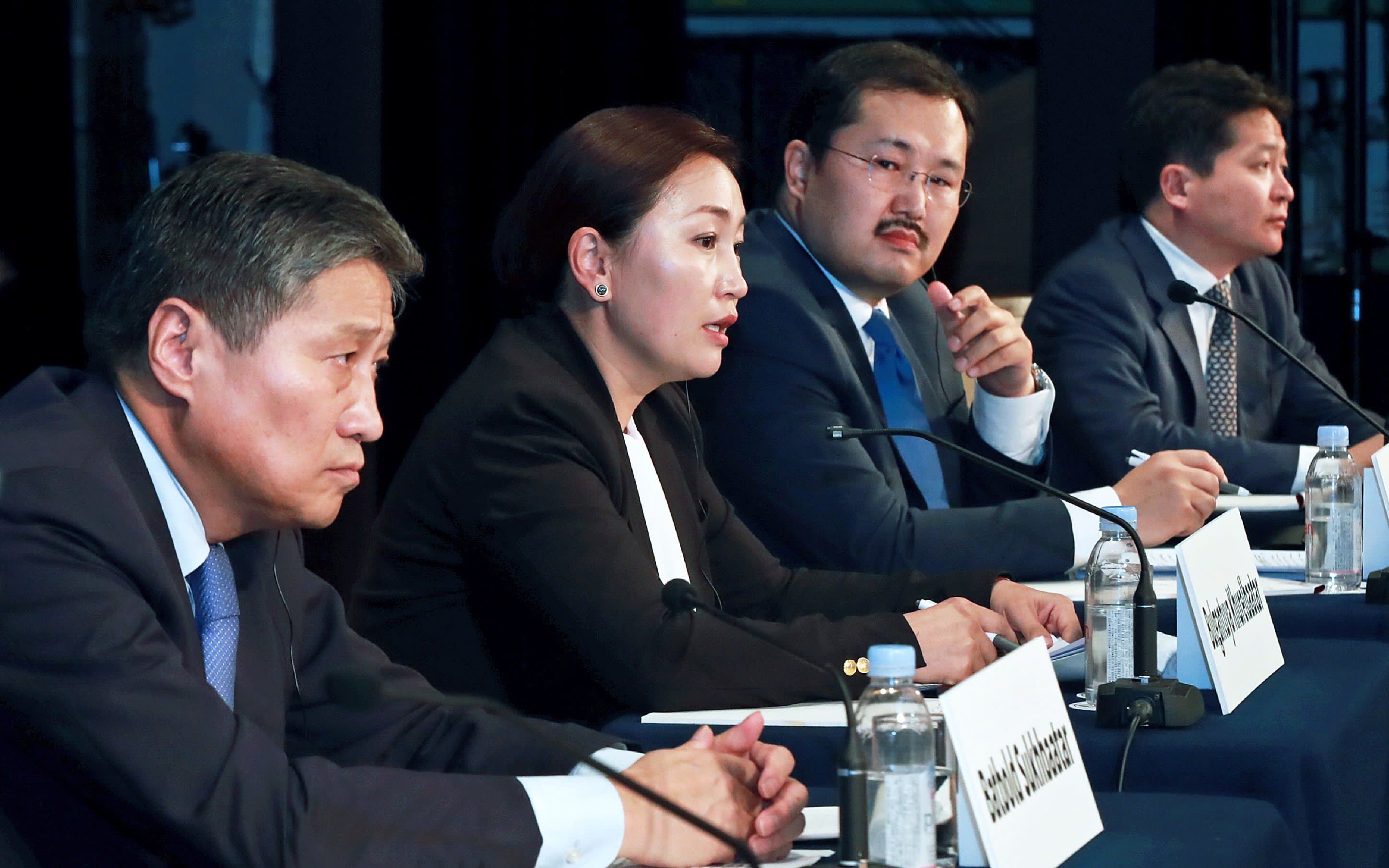 TOKYO -- Mongolia is pressing ahead with economic reforms despite windfalls from a recovery in the price of coal and other key commodities, senior government and regulatory officials said on Tuesday.

The resource-rich country, which has a land size four times that of Japan but a population of only three million people, has faced turmoil after the global commodities downturn in 2012. After a falling currency, ballooning debt and capital flight crippled its financial health, the government last year agreed on a $5.5 billion aid package led by the International Monetary Fund.

During Nikkei's Future of Asia conference, officials outlined the progress being made since the IMF agreement, including paring down debt and efforts to reduce Mongolia's economic dependence on the mining sector.

"The diversification of our economy, to ensure that during [commodities'] bust cycles other sectors can support," is a priority, Deputy Finance Minister Bulgantuya Khurelbaatar said. She pointed to agriculture as a key sector for development, and added that the government aims to utilize trade agreements with Japan and other countries to gain a competitive advantage.

Zorigt Dashdorj, an adviser to the minister of Foreign Affairs, said Mongolia's "land mass and proximity to China" is an important strength for economic growth. He pointed to tourism as another source of growth, with a new international airport in Ulaanbaatar, the country's capital.

The rebound in prices of coal and copper, which are among Mongolia's biggest exports, helped accelerate economic growth to more than 5% in 2017. Observers are watching whether the government -- led by President Khaltmaa Battulga, who won the election last July -- will follow through on painful reforms despite the tailwinds for commodities.

After previous experiences of dealing with financial aid following the 2008 financial crisis, "one of the lessons learned was that structural reforms were not followed through fully," said Erdembileg Ochirkhuu, first deputy governor of Mongolia's central bank. He added that the current three-year IMF funding facility was designed to tackle such issues.

While coal prices are rising, Ochirkhuu said that "domestic demand is still sluggish" due to a weak currency that has pushed up the price of imports.

The government aims to pare down its debt-to-GDP ratio to 64% this year from 74% in 2016. Results will be crucial, as debt maturities will peak around 2020, Ochirkhuu said.

Governance is often said to be a major challenge in implementing reforms. Dashdorj said a new law that will go into effect next year and will introduce stricter requirements, such as examinations, for becoming public servants, will help improve the public sector.

"After 10 years of instability, politicians have decided that, yes, we have to change this," he said. "We have to make sure it is professional."