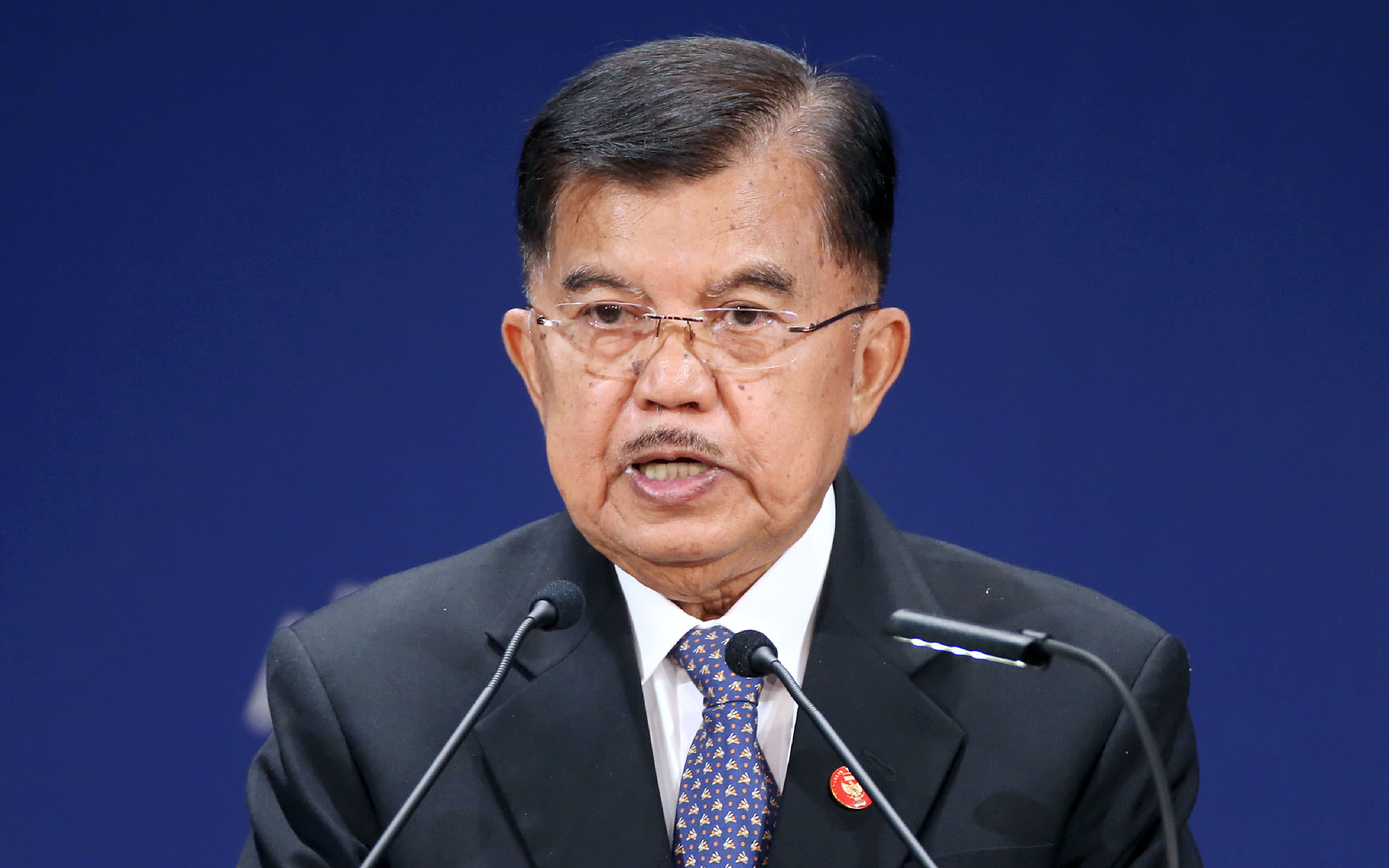 TOKYO -- Indonesian Vice President Jusuf Kalla on Tuesday criticized leaders of developed countries for backtracking on free trade, and he called for Asia to take matters into its own hands.

The remarks, which were made during a speech at Nikkei's International Conference on the Future of Asia in Tokyo, came just days after U.S. President Donald Trump rejected a joint communique at a Group of Seven summit in Canada, accusing the country's prime minister, Justin Trudeau, of making "false statements."

"The G-7 members, which used to promote international trade, nowadays are engaged in trade war among themselves," Kalla said. "If it goes beyond control, it might become the greatest trade war in history."

Kalla singled out the U.S., calling its decision to leave the Trans-Pacific Partnership trade agreement and the Paris Agreement on the climate "clear examples" of protectionism. He also blamed the recent U.S. decision to move its embassy in Israel to Jerusalem for disrupting the energy market and putting oil-importing economies like Indonesia in a "vulnerable situation."

In response, Kalla urged leaders in Asia to "come up with consensus" to prevent the protectionist mindset from spilling over into the region. "In this context, Japan and China are expected to play their leadership role."

He also proposed using Asian currencies for regional trade to reduce reliance on the U.S. dollar.

Indonesia, Southeast Asia's largest economy but one that suffers twin deficits in its budget and current account, has been hit by global economic turbulence. In May, its currency, the rupiah, declined to its lowest level against the dollar in more than two years as investors shunned risky assets. Indonesia's central bank responded by raising its key policy rate twice in May.

The country has faced its own share of domestic issues. A series of suicide bombings in Surabaya, its second largest city, and elsewhere in May have alarmed investors ahead of a presidential election next year.

Kalla, a 76-year-old veteran politician who is serving his second stint as vice president, said all of Indonesia's elections over the past two decades have been peaceful. "We are convinced that the coming elections will be as peaceful as they were, if not better."