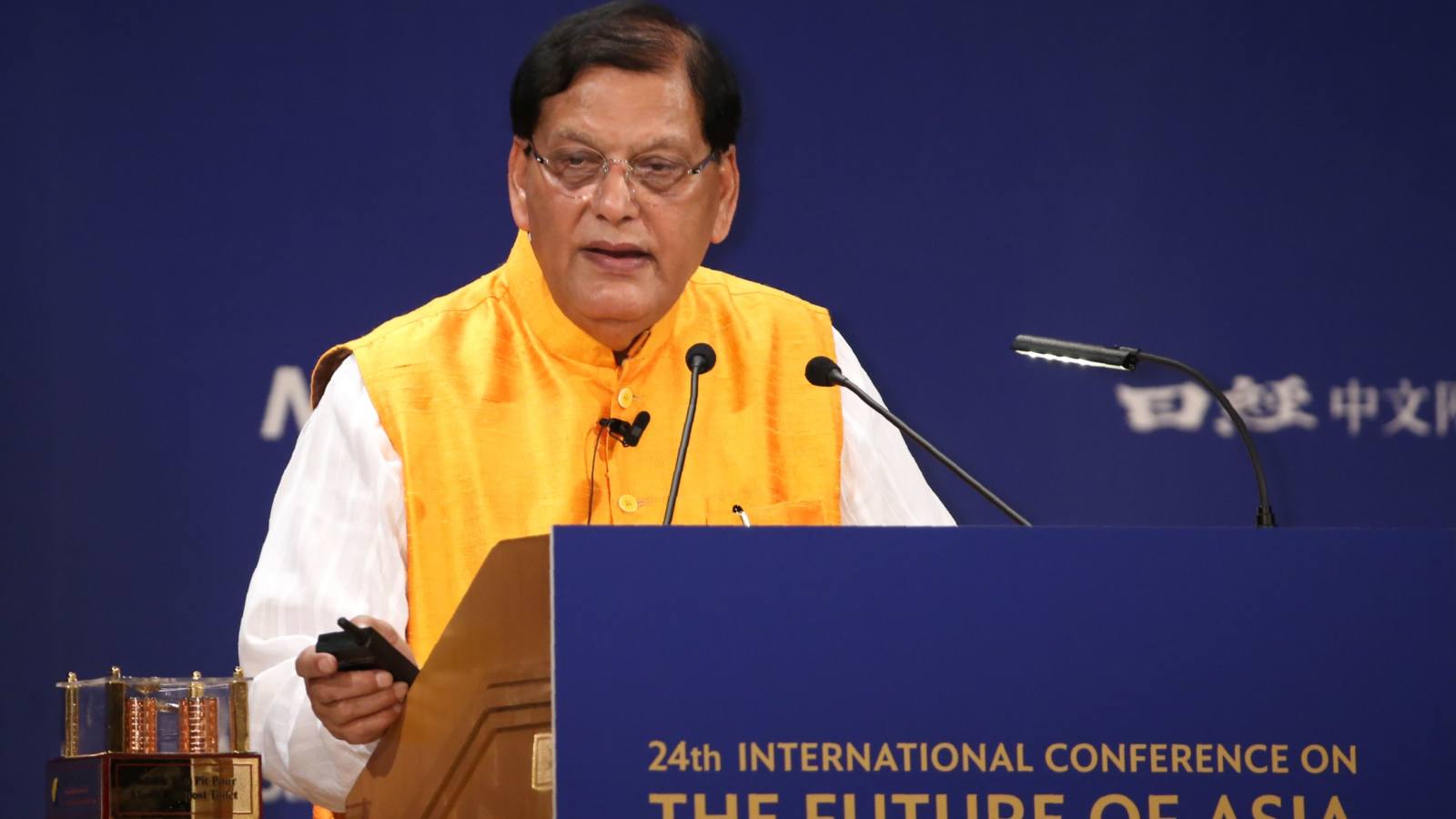 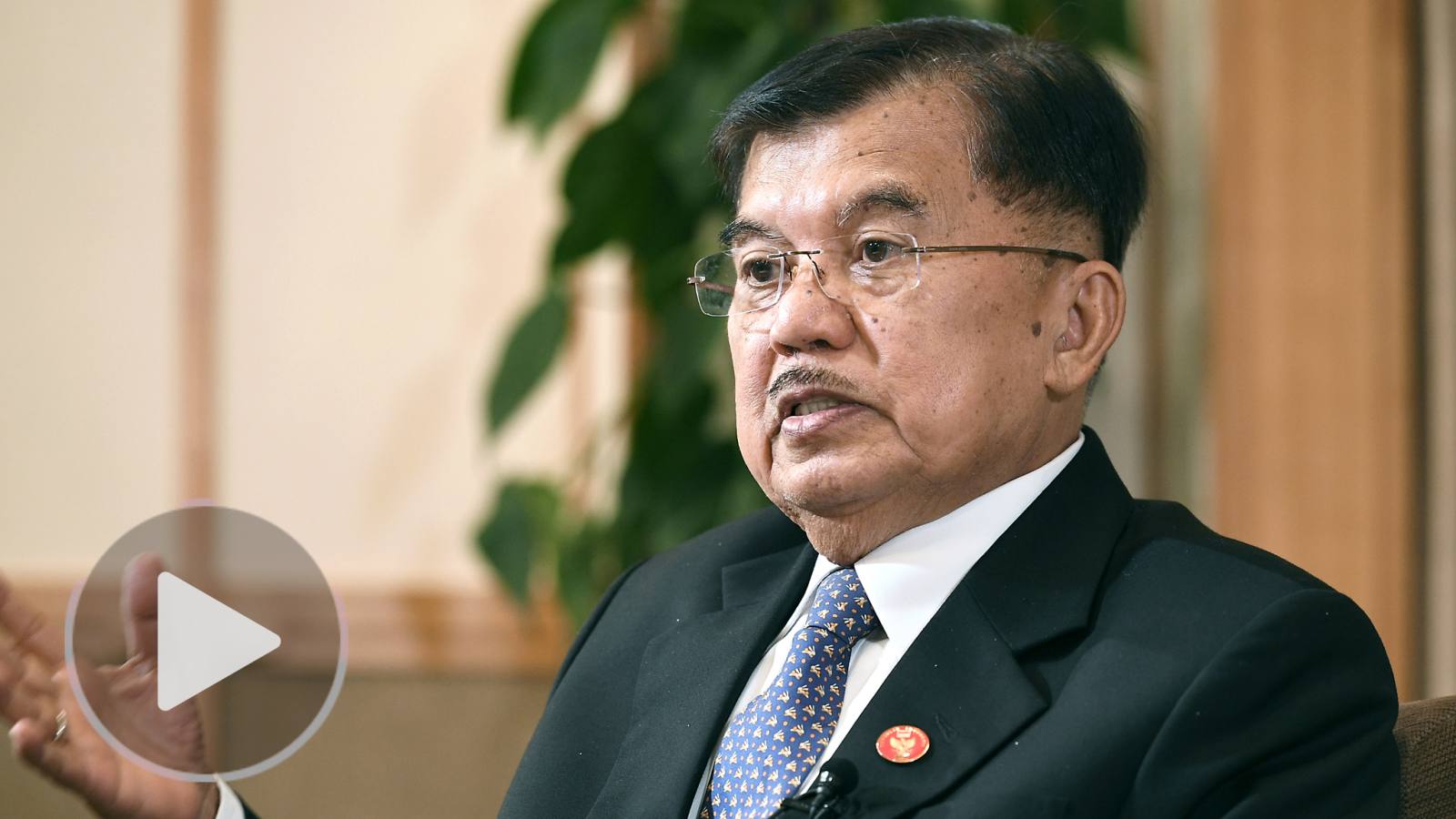 Veteran diplomat stresses the country is 'investing in peace' TOKYO -- The world must not lose sight of the economic benefits, peace and security deriving from multilateralism, a senior Myanmar government official told a conference here on Tuesday, pointing to his country's decades of being largely cut off from the international community.

"Myanmar is well placed to remind the international community that they should not take multilateralism and all of its benefits for granted," Kyaw Tint Swe, minister for the Office of the State Counselor, said at the Future of Asia conference.

"We remember more clearly than anyone else what it is like to live in semi-isolation from rest of the world."

Under military rule through 2011, Myanmar faced decades of sanctions by Western countries such as the U.S.

Now, with the civilian government installed in 2016, sanctions have been lifted and the country is opening up its economy to the world. "It is undeniable that multilateral cooperation has boosted our economy and our prospects for long-term peace and security in ways that were never before possible," Kyaw Tint Swe said.

But the international community is on a reverse course, he said. "There are tensions and crises bubbling at the surface," he said, referring to rising nationalist movements in Europe and increasing extremism and terrorism around the globe.

He also stressed the importance of "investing in peace" and Myanmar's efforts to bring multiple armed ethnic minority groups to the negotiating table. "As we are moving from conflict to dialogue, we are keeping channels of communication open for ethnic groups," said Kyaw Tint Swe, a veteran diplomat who once represented Myanmar at the United Nations.

However, he said that the conflict between the Rohingya Muslim minority and the military in the state of Rakhine, which has brought international condemnation on the government of Aung San Suu Kyi, should be distinguished as a different issue. Myanmar accuses armed Rohingya groups of terrorist attacks.

Myanmar announced last month that it would set up a new commission of inquiry to investigate human rights violations against the Rohingya. "If there is credible evidence, we will take action," Kyaw Tint Swe said in an interview on the sidelines of the conference.

A commission was set up before, but the team was not able to conduct any interviews when it went to Bangladesh, the biggest destination for Rohingya refugees, according to the minister. "What we are doing now is a national initiative because we have no confidence in the fact-finding mission set up by the [U.N.] Human Rights Council."

"Aung San Suu Kyi has mentioned that we do not fear international scrutiny," he said, adding that he hopes the new team will visit Bangladesh with the cooperation of the Bangladeshi government.

Asked about the slowing growth in Myanmar's economy and foreign direct investment, Kyaw Tint Swe said that the economic situation has been positive in the long term. According to him, "the most important indicator is poverty alleviation," and the poverty rate has decreased to about 30%.

A new chair was recently appointed for the Myanmar Investment Commission, which reviews proposed deals by foreign companies, and "this time we want a more proactive approach [to advocating foreign investment]," Kyaw Tint Swe said.