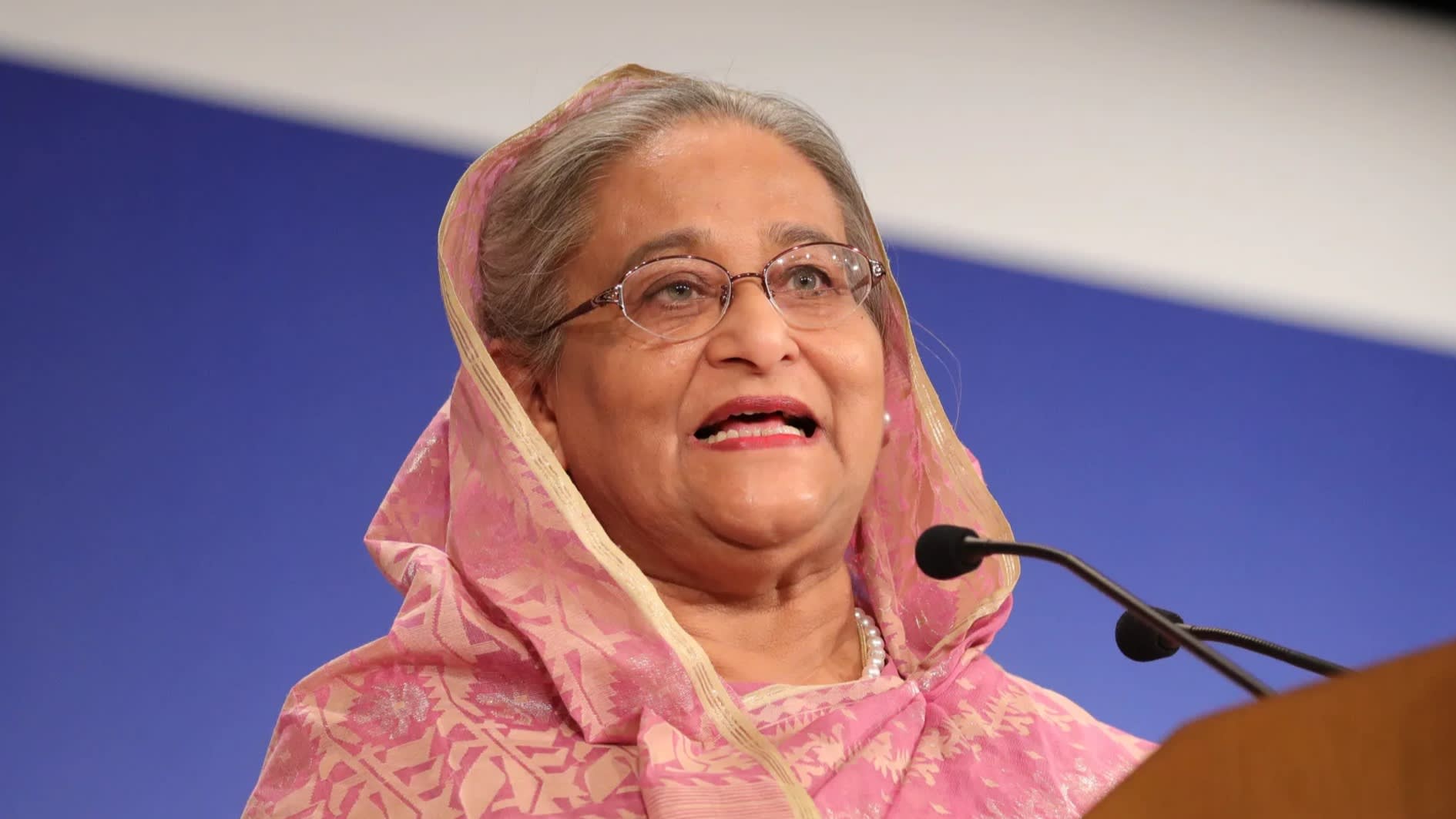 Hasina has been in office since 2009 as head of the ruling Awami League party. In that period, Bangladesh has experienced high economic growth through the success of its ready-made garment sector. The economy grew 7.86% in the fiscal year ended last June, making it one of the fastest growing economies in Asia. This year's growth will reach 8.13%, Hasina said.

"This [growth] encouraged entrepreneurs to plan and start new ventures to support expansion of the industrial base of the country," Hasina said.

One of the rising industries is digital services. "The rapid expansion of ICT [Information and communications technology] services has contributed to reducing income inequality, decreasing rural-urban disparity, and most notably gender gap in employment and access to opportunities," she said.

According to Hasina, Bangladesh has established 5,286 "digital centers" across the country where people in remote areas can access internet services.

Another emerging sector is medicine, she said, noting that Bangladesh now exports pharmaceuticals to more than 100 countries.

Some economists say Bangladesh is benefiting from the ongoing U.S.-China trade tensions as apparel exports from China fall.

But Hasina warned that a rise in tariffs will cause a decline in growth and called for an open trade system. "Infrastructure, free trade and liberal investment give foundation to Asian development," she said. "We need to pledge to strengthen the world with greater openness, jointly address global challenges, safeguard fairness and justice and inject new impetus to cooperate using innovative ideas and measures"

Bangladesh has accepted over 1 million Rohingya Muslims who fled neighboring Myanmar's Rakhine state for Bangladesh due to ethnic unrest in 2017. Her country has sought dialogue and consensus over discord, even in the face of extreme provocation and crisis, Hasina said.

"We are not only responding to a humanitarian call," she said, "but we are conscious about not allowing that crisis to escalate into chaos and regional instability."

She said Bangladesh's approach to the Rohingya issue can serve as "a lesson for other situations of crises in our region and globally to overcome chaos and discord with the power of peace, humanity and development."

"The future of the world lies in the convergence of interests common to humanity," she said.