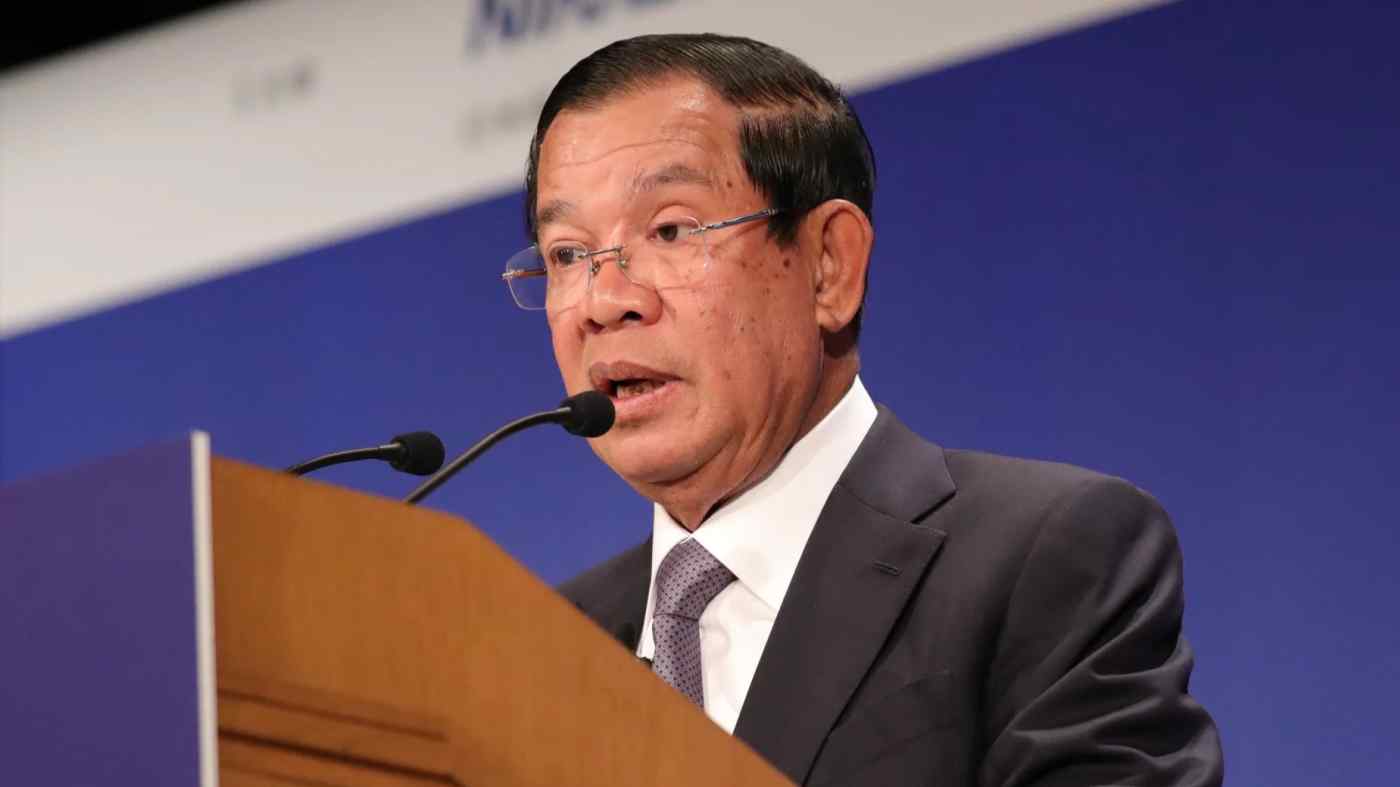 TOKYO -- Cambodian Prime Minister Hun Sen on Thursday dismissed fears that his country is at risk of falling into a Chinese "debt trap" and said massive financial support from Beijing is not compromising Phnom Penh's independence.

"For Cambodia, we can maintain our sovereignty [while borrowing] the loans in accordance with the projects that we need," Hun Sen said after delivering a speech at Nikkei's Future of Asia conference in Tokyo.

"China respects our decisions on how we use the loans," he added. "China does not force Cambodia to do this and that."

Cambodia is a key ally for China in Southeast Asia and also a major beneficiary of Beijing's Belt and Road Initiative. The country has received billions of dollars in Chinese financial aid and cheap loans to build infrastructure such as railways, dams and roads.

"We borrow the concession loans with low interest rates and a long grace period [for repayment]," Hun Sen said.

The prime minister added that his country does not rely on China alone, and called for combining Chinese initiatives with U.S.-led efforts to promote an "open and free Indo-Pacific" region -- widely seen as a counterweight to the Belt and Road. These endeavors should be "synchronized" to create a "win-win package," he said.

Yet the initiatives are part of a deepening rivalry between the U.S. -- the traditional dominant power in Asia -- and China, an emerging force. Their competition for regional supremacy is fueling unease.

"We are deeply concerned about global peace, stability and security toward the evolution of a multipolar world," Hun Sen said in his address to the forum. He also expressed fears that the escalating U.S.-China trade war could undermine smaller countries like Cambodia, a $22 billion economy whose growth over the last two decades has been underpinned by free trade and multilateralism.

U.S. President Donald Trump recently jacked up tariffs on $200 billion worth of Chinese goods, prompting China to retaliate while the two giants struggle to agree on a trade deal.

During his speech, Hun Sen urged fellow Asian leaders to adopt a "common stance" against protectionism.

"We should not allow ourselves to be the grass or ants to be crushed by the fight of the elephants," he said. "We have to find a way to avoid this conflict."

Hun Sen, who has led Cambodia since 1985, has drawn international criticism over a crackdown on the main opposition party, which was dissolved by the Supreme Court in 2017. He used the forum on Thursday, attended by investors and diplomats, to defend his government.

"Cambodia needs to enforce the Cambodian law," he said. "We should respect the law of each country."

Opposition leader Sam Rainsy, who is living in exile, has called on supporters to oust Hun Sen, but the prime minister appeared confident and defiant that he can handle any opposition. "I am waiting for them to wage a war," he said.