Asian countries seen as stranded between the two economic powers 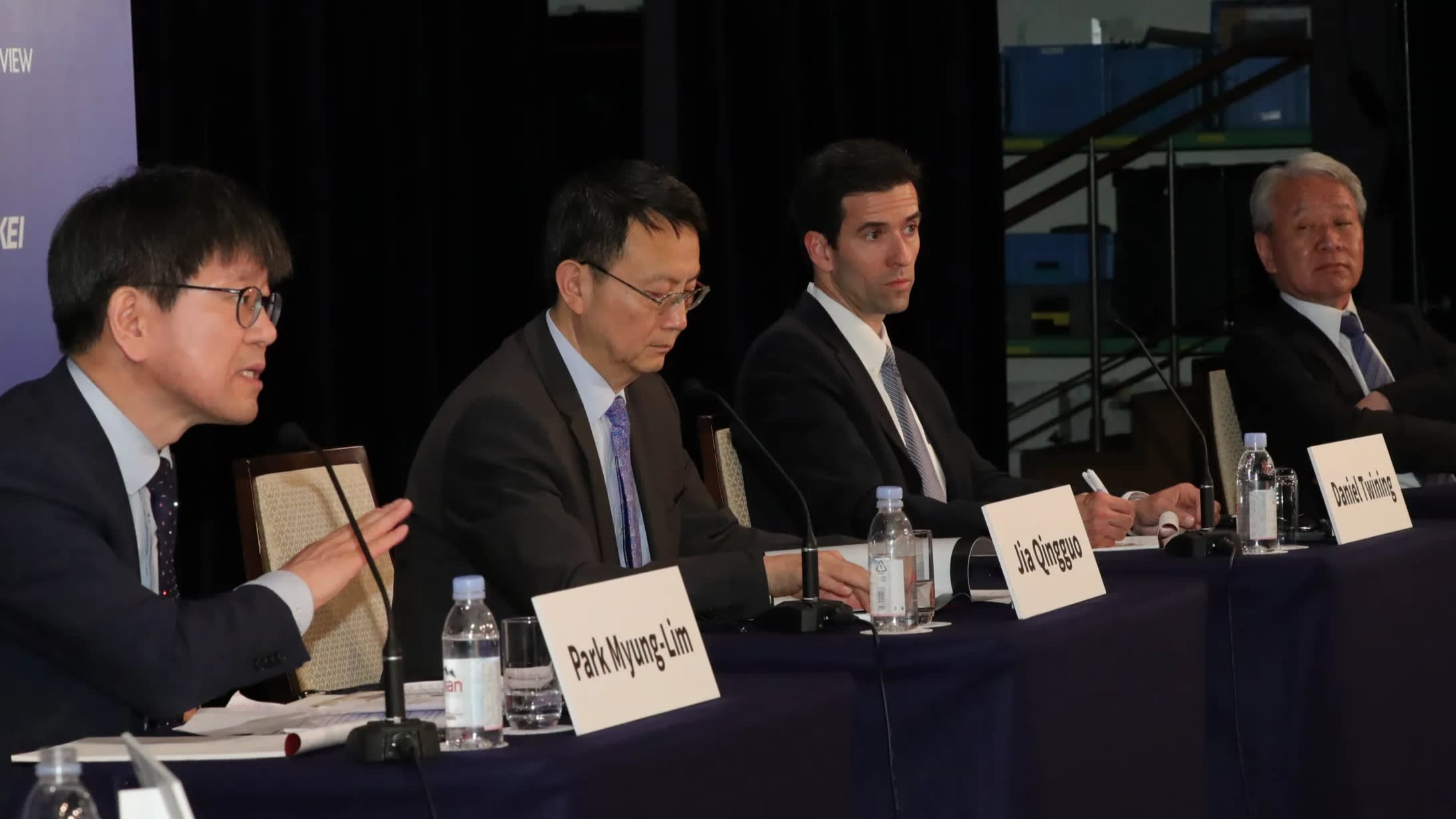 TOKYO -- The U.S. would face dire consequences if it decides to decouple itself from China over an ongoing trade and technology dispute, said a Chinese expert at a panel discussion hosted here Thursday by Nikkei's annual Future of Asia conference.

Jia's remarks were targeted at the U.S. campaign to stop its allies from using Huawei Technologies gear or supply it with technology and components, citing concerns that the equipment could be used by China for espionage -- charges that Huawei and Beijing vehemently deny. The U.S. move would not only hurt the business of Huawei, the world's largest telecom gear maker, but derail China's goal of becoming a top global technology power on par with the U.S.

Earlier this month, trade talks between U.S. and China broke down, prompting Washington to significantly increase its tariffs against Chinese imports. China said it will retaliate Saturday with higher tariffs on many imported U.S. goods, raising the prospect of an escalating trade war between Washington and Beijing that could throw the global economy into a recession.

In an interview with the Nikkei Asian Review, Jia said the chance of a summit between Trump and Xi has been "reduced somewhat" as a result of the breakdown in trade talk and hostile rhetoric against China.

Jia also hailed the improved Japan-China relationship, saying both sides made efforts that led to the current state. However, he voiced concerns about the consequences if Japan were to take side with the U.S. to ban Chinese high-tech and communications products.

"Huawei is not just Chinese, it has a lot of global content, including Japanese technologies," said Jia.

During the panel discussion, Daniel Twining, president of the International Republican Institute and a former member of the U.S. Secretary of State's policy planning staff, emphasized that the trade dispute is not aimed at helping the U.S. companies at the expense of China's. "Actually, we will both perhaps suffer economically."

Twining stressed that the U.S. is fighting the trade war with China because fundamental values are at stake.

"Every Asian country other than China I think would not be OK if this Chinese Middle Kingdom vision prevails. The Chinese vision right now... is authoritarian state capitalism, total surveillance of the society," he said. He also took issue with the Chinese vision of "Asia for the Asians," which he said could mean no Americans in Asia and no security alliances with the U.S.

Twining also argued that economic reform in China is now stalling because of the lack of reform on the political front. "There has been a consolidation of political and economic control that has fed into the conflict with the U.S. and other countries," he noted.

Asian countries are seen as stranded between the world's two economic powers -- looking to China for economic growth in the short term but concerned about the long-term implications of its growing might.

Park Myung-Lim, Professor, Yonsei University, voiced optimism that the trade dispute will come to be resolved without reaching a boiling point. "I don't think the current rivalry will go to the level or the dimension of a crisis," he said.

"The current degree of economic interdependence is so deep and extensive that we need to find out how to coexist with the second largest economy of the world," Tanaka said. "There is certainly a need of space for cooperation with China, if only to think about increasing seriousness of the climate change unless China and the U.S. will diminish the CO2 emissions, we all suffer.".

Tanaka said the door for dialogue should not be closed.

"I don't believe that the hope of political reform in China has already become dead," he said. "I think there are many Chinese who would like to achieve reform. We continue to keep the space open for those reform-minded Chinese to keep continuing dialogue and communications with the rest of us."