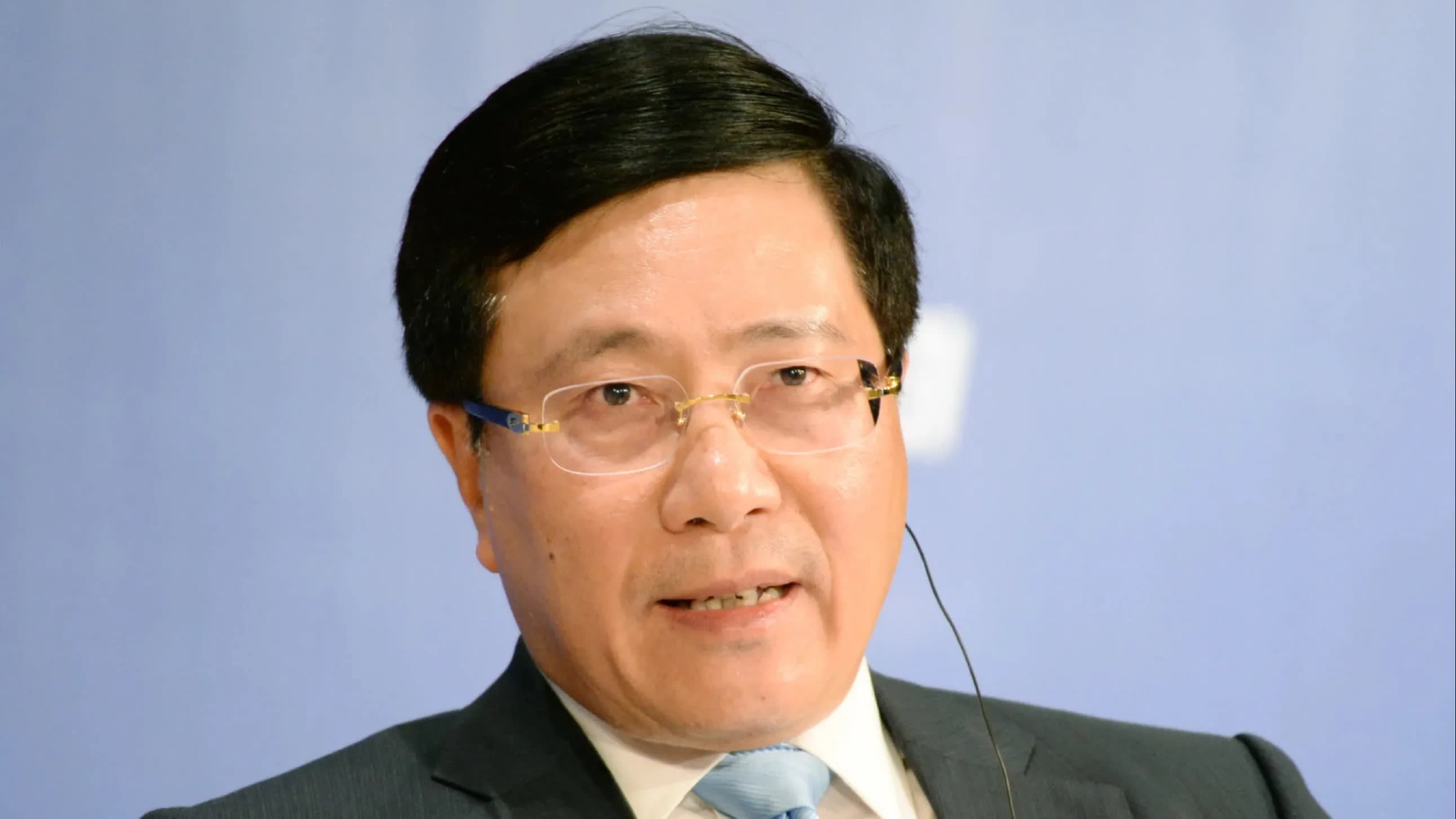 TOKYO -- Vietnam will "not be able to avoid the impacts of trade protectionism" due to the open nature of its economy, Foreign Minister Pham Binh Minh told Nikkei's Future of Asia conference in Tokyo on Thursday.

Speaking on U.S.-China trade frictions, Pham, who also serves as deputy prime minister, noted that Vietnam's exports are 200% of gross domestic product, making it sensitive to even small changes in the global economy and trade flows.

China and the U.S. are the two largest trade partners for Vietnam in terms of both technology and trade value. "We are watching the situation carefully and will implement any necessary counter measures," the country's top diplomat said.

To counter protectionism, Pham touted the Regional Comprehensive Economic Partnership -- a proposed trade agreement that would include China, Japan, India, South Korea, Australia and New Zealand with the 10 members of the Association of Southeast Asian Nations. It would encompass nearly 50% of the world's population and about 30% of global GDP.

"Some point to Vietnam as a beneficiary of the trade war. To some extent that is true. However, protectionism will have a long lasting impact on the global economy including Vietnam," he noted.

A southern China-based American trade group found in October that 22% of the companies surveyed in the region said they had lost market share to competitors in Vietnam, followed by 14% in Germany and 11% in Japan.

Although the resulting increase in exports may have a positive impact, "this is only for the short-term," Pham told Nikkei Asian Review in an interview after the speech. "The prolongation of the U.S.-China trade friction will hit our production," he said, noting that the country's access to imported components and raw materials might be curtailed in addition to the hit taken from the overall reduction in global demand.

Some also expect Vietnam will attract more global investment due to U.S.-China trade frictions, but Pham said the country will be selective about this. "High technology is the priority for investment to Vietnam," he continued, "and we need to be careful about investment without sufficient quality." He also said the country will be on guard against transactions that merely funnel goods through Vietnam in order to bypass trade barriers between the two economic powers.

So far, Vietnam is maintaining a high level of GDP growth, reaching nearly 7% in the first quarter. "We believe we can sustain this growth this year," the Prime Minister said in his speech.

Factors supporting Vietnam's high growth include improved corporate management as well as economic reforms. "Rather than developing wide areas, we are trying to be focused on a few areas like high tech and agriculture which will be the growth drivers for the future."

Questioned about Vietnam's relationship with China amid territorial disputes in South China Sea, the Pham was brief in his response. "We will continue to build friendly relationships and diversify our external relations, and have practical relations with our neighbor China."