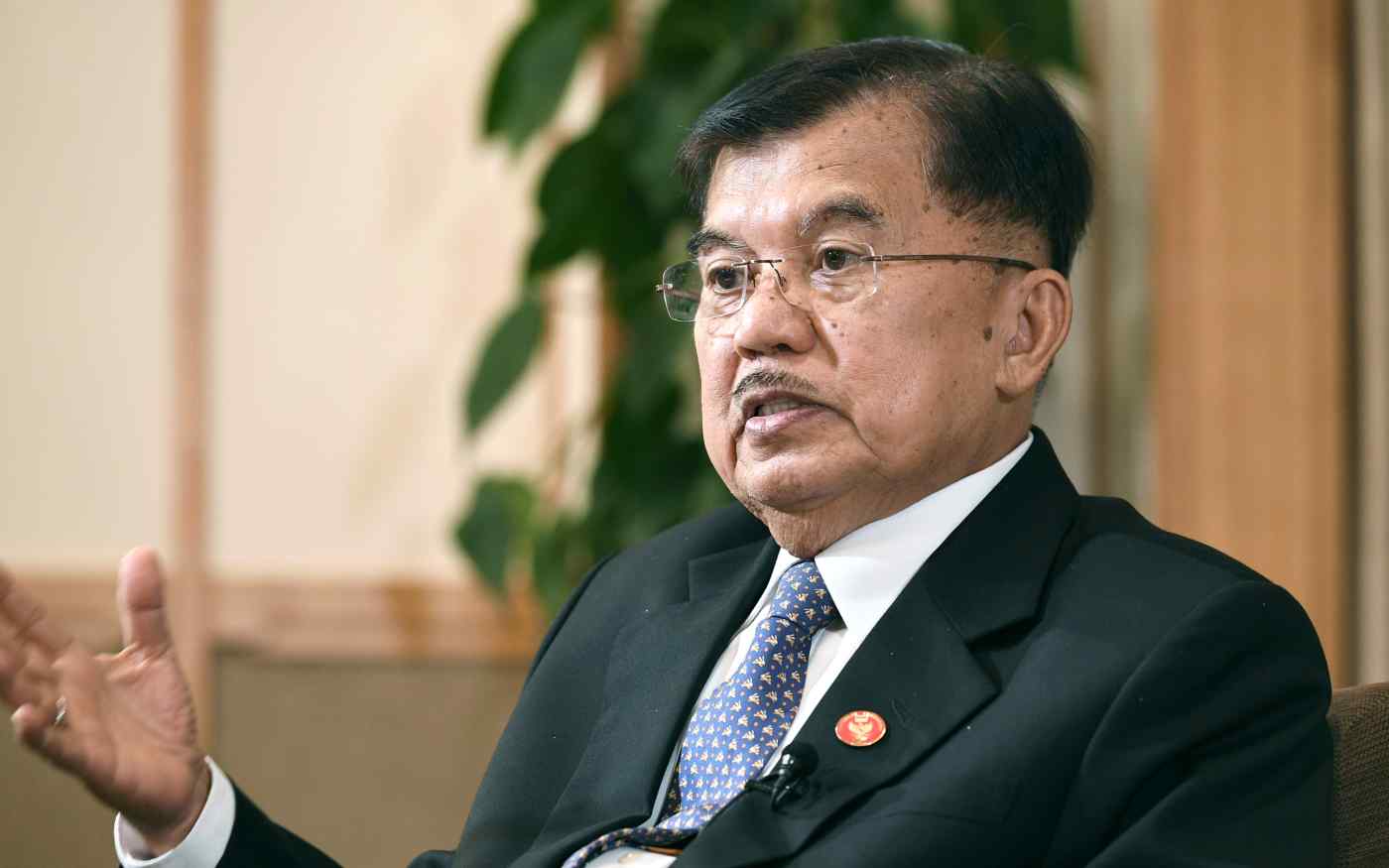 Jusuf Kalla, Indonesia’s vice president, said in an interview that his government currently is studying how the country’s competitiveness would be affected if it joins the Trans-Pacific Partnership. (Photo by Yoichi Iwata)
SHOTARO TANI, Nikkei staff writerJune 12, 2018 17:36 JST | Indonesia
CopyCopied

TOKYO -- Indonesia is studying the revised Trans-Pacific Partnership agreement reached by 11 nations after the U.S. exited, with a view to joining the trade pact, Jusuf Kalla, the country's vice president, said on Tuesday.

Those comments mark a turnaround in policy for the Southeast Asian nation, which had previously said that the trade pact had lost its allure without the U.S.'s participation.