Makeblock benefits as China looks to increase its technological might 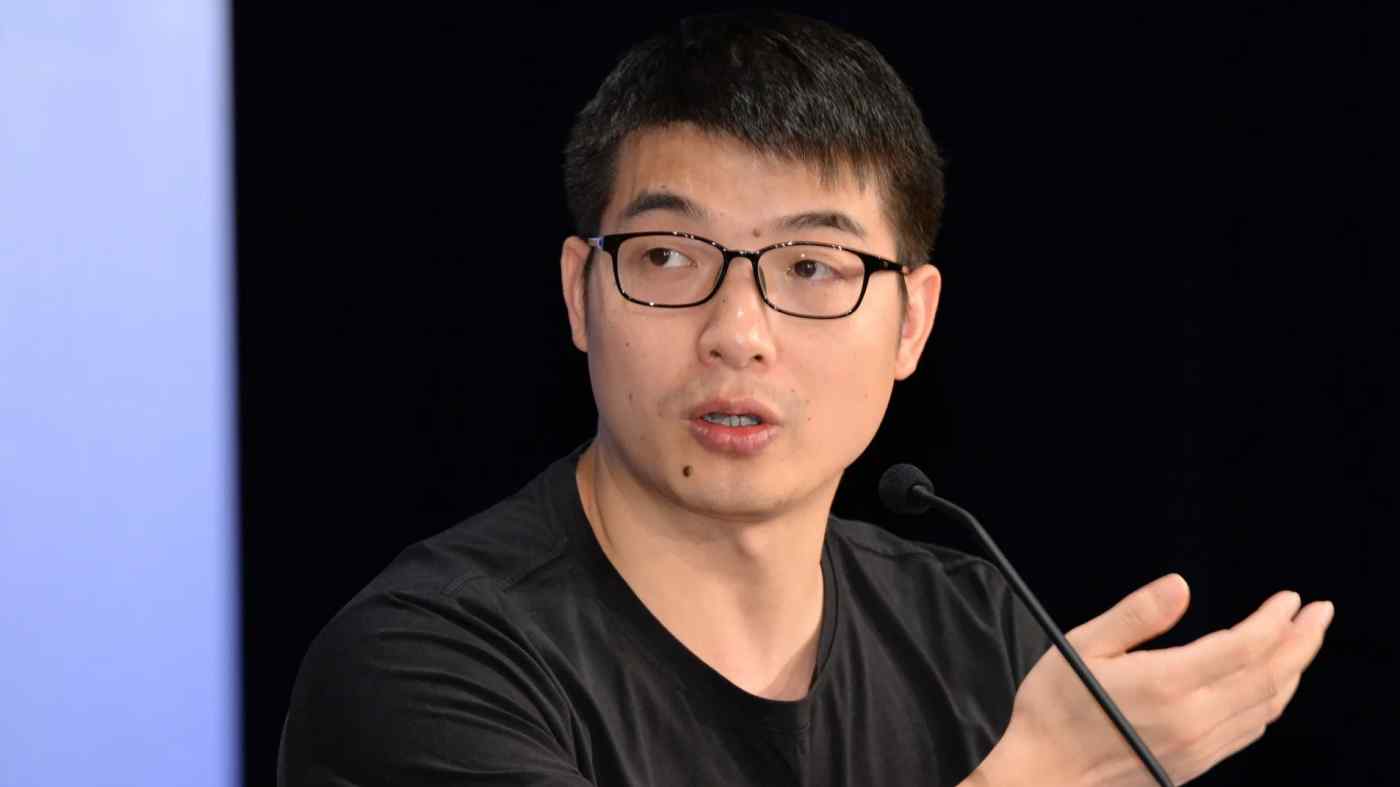 TOKYO -- Makeblock, a Chinese maker of educational robot kits, says business is booming thanks to the trade frictions with the U.S., which is changing the way the startup approaches its operations.

"Thanks to the trade war, the Chinese government knows the importance of technology education," said Jasen Wang, founder and CEO of the Shenzhen-based company. Wang was participating in a panel discussion hosted here on Friday by Nikkei's annual Future of Asia conference.

Wang said the company was experiencing rapid growth. "The government is willing to put more funds" into education and technology areas, he noted.

With the Trump administration threatening to cut off the supply of technology products to China, many companies have begun looking for alternatives at home. Wang told the Nikkei Asian Review on the sidelines of the conference. Makeblock, for example, has replaced the U.S. chips it uses with ones produced domestically.

"The trade war is the motivation of this shift." Wang has even replaced his iPhone with a smartphone from Huawei Technologies. "I just want to support Huawei more," he said. "Huawei has a very good R&D team, and they have invested in very high-tech areas, which are the fundamental competitiveness for our whole country."

Makeblock makes a do-it-yourself robot building kit and compatible software. Only 10% of the sales come from the U.S. and the direct impact of the trade war has been limited.

Before 2016, most of Makeblock's sales came from overseas, such as Japan and Europe. Now the growth has shifted to China. The company currently sells products to 25,000 schools worldwide, of which 6,000 are in China.

"There are 400,000 K-12 schools in China," Wang said at the conference. "Our coverage is still very small." He added that his company expects to become profitable this or next year.

"The impact is big in the short term, but in the long term, Chinese high-tech industry will benefit from the U.S.-China trade war," Wang said.

The company plans to raise funds this year and expand sales from schools to the consumer market. As a company backed by such venture capital outfits as Sequoia Capital and SoftBank Group, raising money is not much of an issue for Makeblock. But Wang said that smaller Chinese companies are having a harder time. From left: Toru Nishikawa, CEO of Preferred Networks, Jasen Wang, CEO of Makeblock, and William Tanuwijaya, CEO of Tokopedia, discuss how Asia’s startups are changing the world.(Photo by Karina Nooka)

"Venture capital is not as active as before. They don't want to take much risk," he said, referring to Chinese investors. "It's not very hard for us to raise funds," he said, but acknowledged that "we will be more confident" if the trade war gets resolved.

At a time when interest rates are low and investors are on the hunt for yields, unicorns -- private startups valued at $1 billion or more -- continue to attract investment. Indonesia's Tokopedia is another example.

Tokopedia is the largest online marketplace in Indonesia and counts the SoftBank Vision Fund and Alibaba Group Holding among its investors.

"We are focusing only on the Indonesian market for at least the next couple of years," said William Tanuwijaya, founder and CEO. "We will go into other markets, but go very deep," he added, contrasting the his strategy with those of such global giants as Amazon, Alibaba and Rakuten.

Tokopedia has created a network of distributors to overcome Indonesia's logistical challenges, because of the country's chain of 17,000 islands spanning 5,000 km from east to west.

"We are very fortunate -- and unfortunate -- to live in Indonesia with its 17,000 islands," he said. "All of our rivers are already surrounded by global crocodiles... Our only chance is to become komodo dragons in the 17,000 islands. Today we are still surviving" as an Indonesia-focused business, he added.

Another unicorn riding high despite the trade war is Preferred Networks, a Tokyo-based artificial intelligence company.

The company uses its image recognition technology based on deep learning for developing autonomous driving cars. Last year, the company unveiled a plan to become the first company to supply affordable home robots to households worldwide.

In a subsequent interview with the Nikkei Asian Review, Nishikawa expressed his concern about the escalating tensions and said he sees the bio business providing a more stable source of revenue at a time of global economic turbulence.

"The trade war will likely impact Japanese companies in the future, especially in the manufacturing sector, because companies will be reluctant to invest in research and development," he said. "That could affect our efforts in collaborating and forming partnerships."

In addition to Japan and U.S., Nishikawa mentioned Indonesia and Singapore as promising Asian markets where the startup hopes to find partners for the bio-healthcare business.