Philippine leader vents frustration over 'flashpoint' during speech in Tokyo 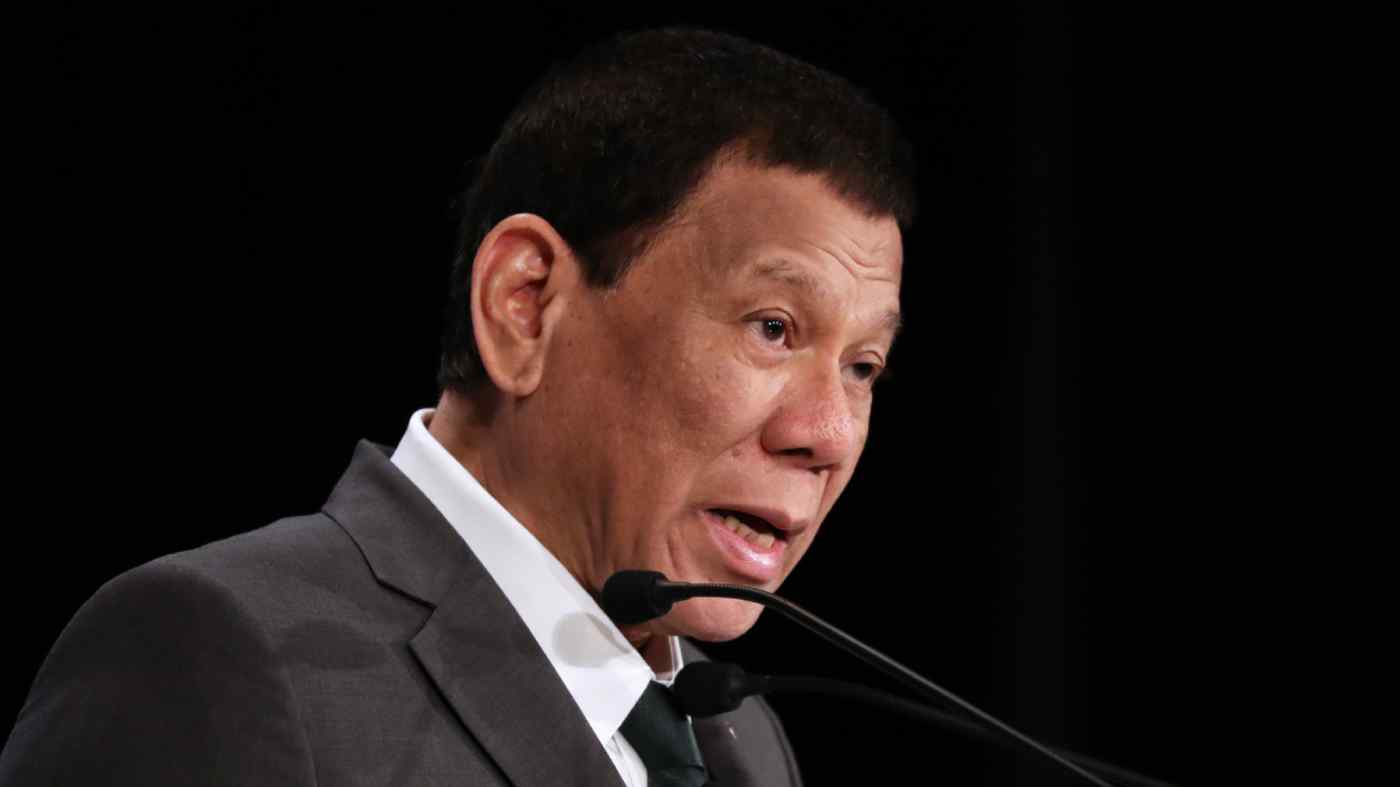 TOKYO -- Philippine President Rodrigo Duterte on Friday called on Chinese President Xi Jinping to hammer out a code of conduct for the South China Sea, warning the disputed waterway is increasingly becoming a potential "flashpoint" for conflict.

Duterte went off script in a speech at Nikkei's Future of Asia conference to vent frustration over tensions in the sea. Beijing claims large portions of waters that the Philippines, Brunei, Malaysia and Vietnam insist are rightfully theirs.