Incentives give country an advantage over Vietnam, industry minister says 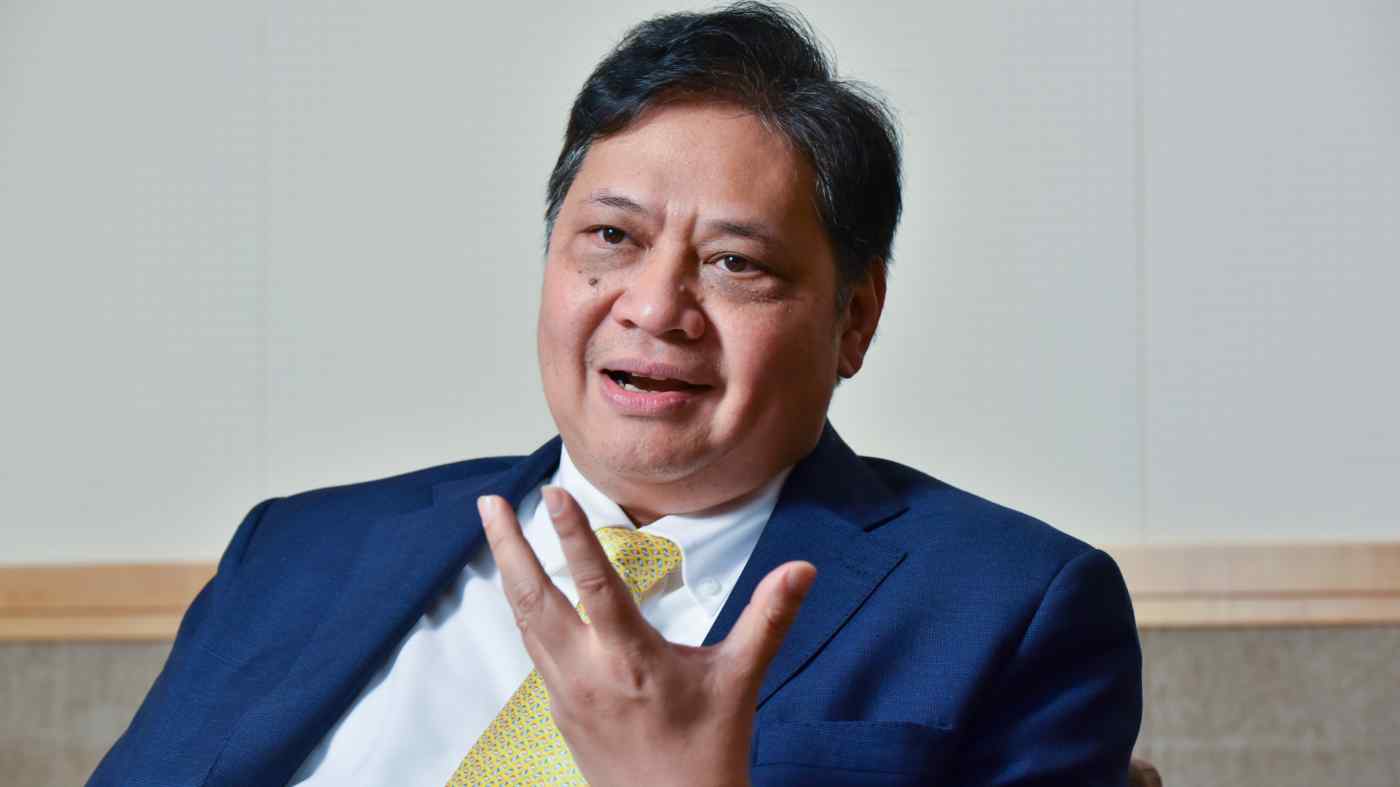 TOKYO -- Indonesia is counting on new tax incentives and upgraded infrastructure to lure more global manufacturers to the country, as it strives to become a factory floor for the world amid the simmering U.S.-China trade war.

Beginning next month, Southeast Asia's largest economy will offer a deductible tax of up to 200% to both domestic and foreign companies for research and development in the country. For every $100 million a company invests in R&D, it will receive a tax allowance of $200 million, Indonesian Industry Minister Airlangga Hartarto told the Nikkei Asian Review in an interview on Thursday.

The minister earlier in the day spoke at the Future of Asia conference organized by Nikkei in Tokyo.

Pegatron, a Taiwanese electronics manufacturer and assembler of Apple products, for one, is considering an investment of roughly $1 billion for a new factory to make smartphones and Wi-Fi devices in Indonesia, either on the island of Batam or in East Java, he said. "The negotiation of land acquisition is in process."

In addition, there is a "high possibility" that Pegatron will expand its production capacity through a joint venture with Indonesian electronics company PT Sat Nusapersada, Airlangga said.

However, Pegatron said in a statement on Thursday that it "has not finalized any further investment nor expanded product portfolios" in Indonesia, as the company is still "surveying all possibilities in Southeast Asia."

The conflicting statements underscore the fierce competition among Southeast Asian countries, which are rushing to take advantage of the U.S.-China trade dispute by making their countries attractive to foreign investment.

Since the administration of U.S. President Donald Trump began imposing tariffs on Chinese imports last year, multinational companies have accelerated the relocation of their production lines from China to Southeast Asia.

Airlangga said his country has already seen an increase in the number of foreign companies relocating factories to Indonesia, particularly in industries such as textiles and footwear. Meanwhile, existing factories in Indonesia have also enjoyed rising orders from foreign buyers as a result of trade tensions.

The supply chain shift driven by the U.S.-China dispute is a "good opportunity" for Indonesia, Airlangga said, adding that his country has an appetite for specific industries such as automotive, electronics and chemicals. The minister said that Indonesia is in discussions with several Japanese carmakers, including Toyota Motor, Nissan Motor and Mitsubishi Motors, to export electric vehicles to Indonesia "as early as this year."

Airlangga said his goal over the next two years is to persuade those automakers to produce electric cars in Indonesia. There currently are no homegrown electric carmakers in the country.

Indonesia is hardly alone. Vietnam also is eager to attract more foreign manufacturers. The country is emerging as a key winner of the U.S.-China trade war, according to a survey last October of companies from China and the U.S.

China's GoerTek, which assembles wireless earphones for Apple, has notified suppliers that it intends to relocate some of its production to Vietnam. Chinese polyester producer Zhejiang Hailide New Material is investing $155 million in a factory in Vietnam with an eye toward U.S. exports.

But Airlangga said Indonesia has strong advantages against its regional rival thanks to its established supply chain in sectors such as textiles. The country is the fourth-largest shoemaker in the world. He also touted rising purchasing power in Indonesia as a selling point to global manufacturers.

But in a country with a population of roughly 265 million people spread across more than 17,000 islands, logistics remains a challenge for any company wanting to set up factories in Indonesia.

To cope with the growing demand for exports and domestic consumption, Indonesia currently spends 10% to 12% of its economic output on infrastructure upgrades, with the aim of increasing that figure to 20%, Airlangga said.