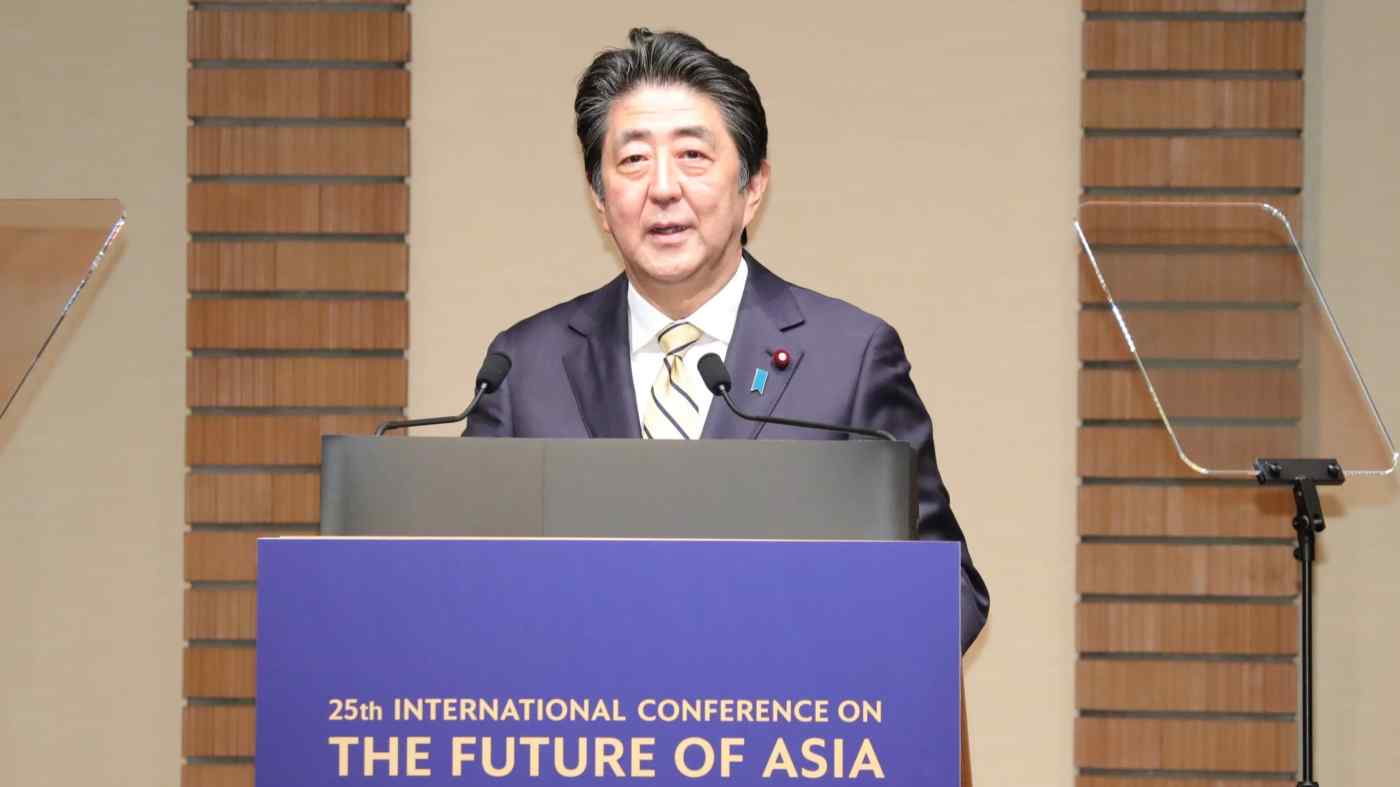 TOKYO -- Japanese Prime Minister Shinzo Abe on Thursday called for new rules to enable the free flow of data, along with efforts to strengthen the democratic framework around international trade as part of reforming the World Trade Organization.

Abe spoke at an evening event at Nikkei's 25th International Conference on the Future of Asia where he outlined his agenda ahead of the G-20 summit that Japan will host in June.

"We are all in a new era, in which enormous amounts of data travel throughout the world in an instant," Abe said. He added that data is as important now as petroleum was in the last century.

The Japanese prime minister advocated "an approach that attempts to allow the free flow of data under the rules we can all count upon."

The government intends to support industries such as transportation and health care that can benefit from a free flow of information and data, while also protecting intellectual property and personal information.

Abe said such rules would go toward reforming the WTO, which was established in 1995. Many have pointed to the weakening of the organization. Member states have failed to come up with clear directions on the WTO reform in the recent G-20 summit in the face of U.S.-China trade tensions.

"Let us blow a new breeze into the WTO," Abe said, to "[kill] two birds with a single stone."

Abe called the concept "Osaka Track" and is set to ask G-20 countries in the summit to contribute, hoping to create a basis for the global digital economy.

The WTO could play a bigger role if G-20 members can agree and share the idea of WTO reform and free flow of data. Members, including the U.S., China and Germany, are likely to be relatively enthusiastic toward such ideas.

Climate change is another key topic at the summit. Abe said Japan would invite the world's researchers, companies and financial institutions to explore solutions to halt climate change, beyond merely implementing regulations.

Abe also said Japan will establish a global research center to look into the impact of plastic waste in the oceans. This body will function within the Economic Research Institute for the Association of Southeast Asian Nations and East Asia, to be funded by the Japanese government to collect data and devise solutions that could benefit other countries.