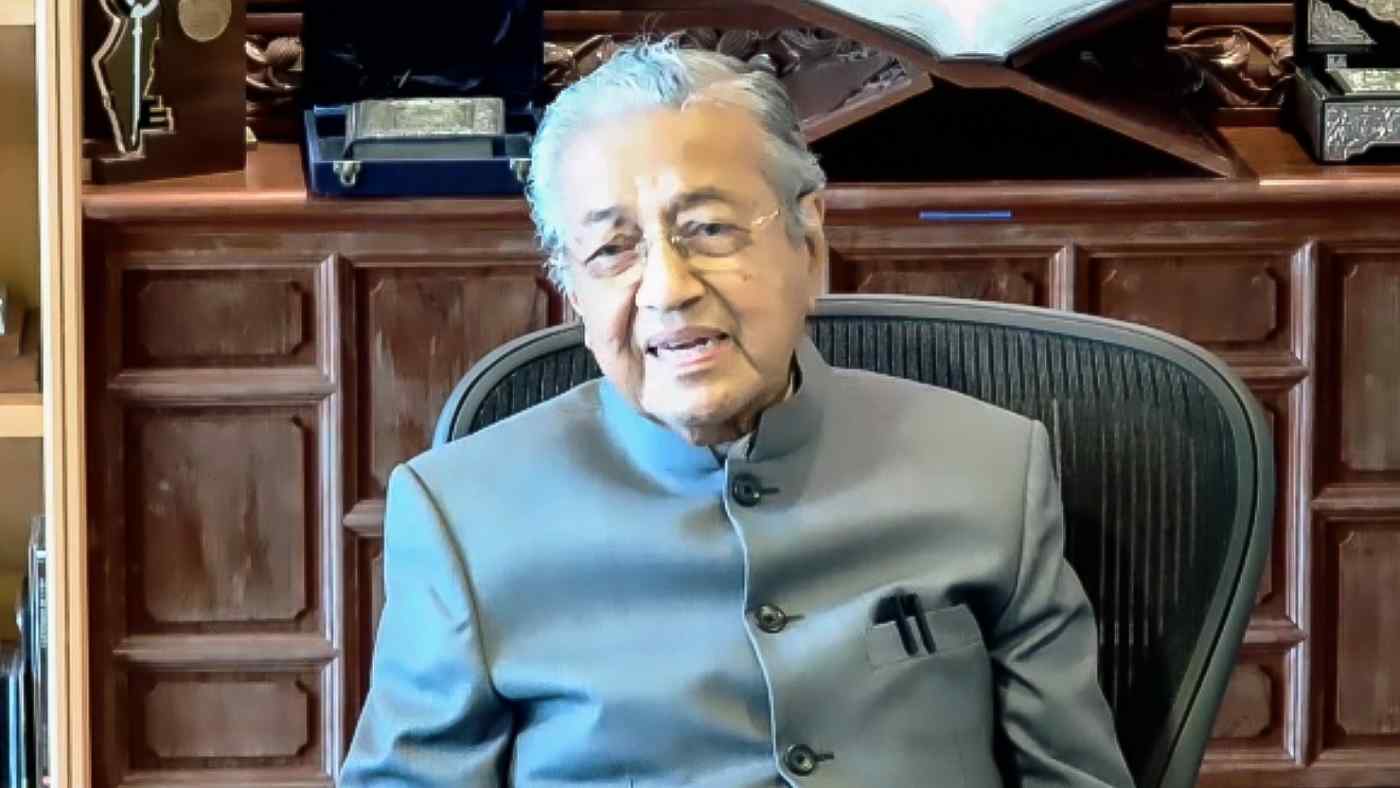 KUALA LUMPUR -- The countries in the Quadrilateral Security Dialogue, or Quad, should be careful not to enrage China lest they trigger a heavy global economic backlash, Malaysia's former Prime Minister Mahathir Mohamad warned in an exclusive interview on Thursday.

He said the Quad members -- the U.S., Japan, Australia and India -- would be better off engaging with Beijing individually rather than joining hands to attempt to control China's rising influence in the Indo-Pacific region and the South China Sea.