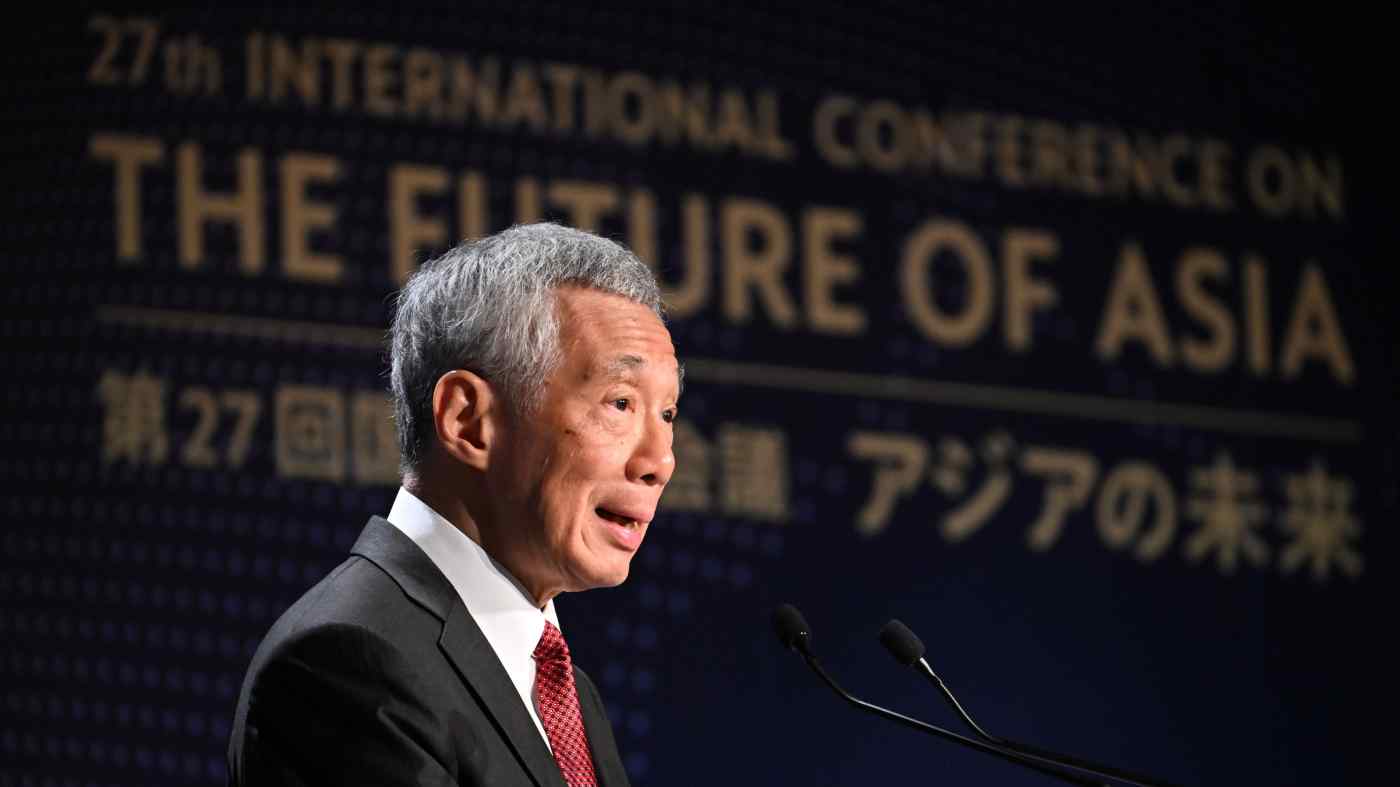 TOKYO -- Singapore Prime Minister Lee Hsien Loong on Thursday warned of a nuclear "arms race" in Asia if countries prioritize national security over regional stability, as governments look to bolster their defense capabilities in the wake of Russia's invasion of Ukraine.

"In Japan and South Korea, sensitive issues are being raised publicly, including whether to allow nuclear weapons to be deployed on their soil, or even go a step further and build capabilities to develop such weapons," Lee said in a keynote speech at Nikkei's Future of Asia conference in Tokyo.