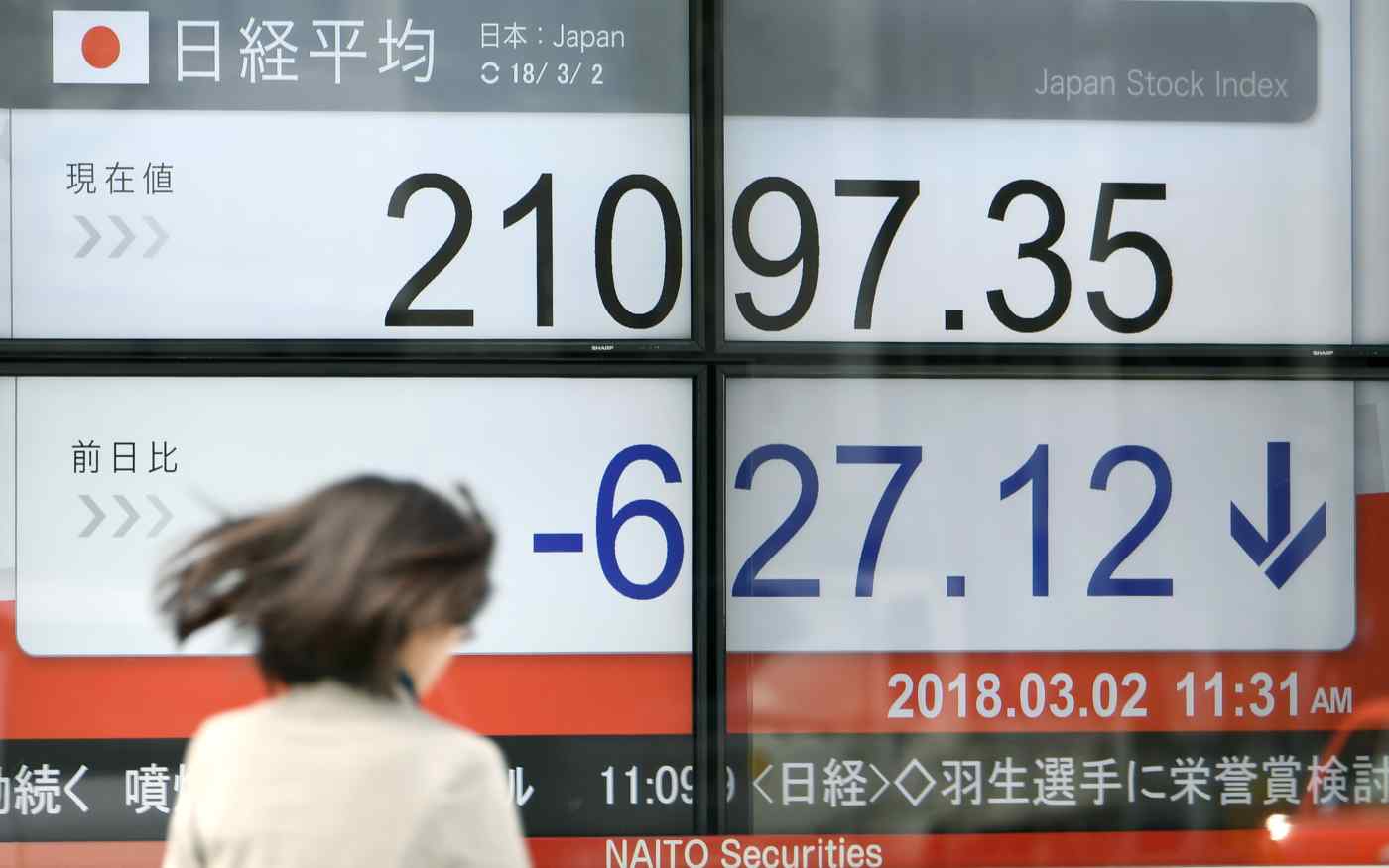 TOKYO -- U.S. President Donald Trump's decision on Thursday to impose steep tariffs on steel and aluminum imports has sparked concern over excess supply in Asia and the possibility of a trade war.

In a highly unusual move, the Trump administration cited national security as a reason for imposing a 25% tariff on steel and 10% levy on aluminum. The U.S. Commerce Department argues that relying on imported metals would make the country unable to meet its military needs in a time of war.

But experts such as Chad Bown, a senior fellow at the Peterson Institute for International Economics, say this rationale has not been invoked for over 30 years and could undermine the global free trade system. Erecting tariffs for this reason would be unprecedented under the World Trade Organization framework established in 1995.

So far, the WTO principle of trade liberalization has helped to curb the protectionist impulses of individual countries. But the U.S. willingness to challenge international norms "could erode the WTO regime and remove any restraints on protectionism," especially among developing countries where the desire for barriers tends to be strong, said Minoru Kaneko, an analyst at the Daiwa Institute of Research and a former Japanese trade official.

Hiroshige Seko, Japan's minister of economy, trade and industry, said, "We don't think imports from Japan, an ally, have any effect at all on U.S. national security."

Australian trade minister Steven Ciobo voiced concern about a possible vicious cycle of action and reaction among major economies, saying, "The only thing that will arise from that is a slowdown in economic growth."

South Korea's trade ministry, meanwhile, said it is talking with the U.S. about its steel exports and will continue to reach out.

Officially, Trump's decision is not aimed at any particular country, but China is widely seen as the target. The administration has repeatedly voiced frustration about ballooning trade deficits with the country and U.S. companies' limited access to the Chinese market.

China has already taken some steps, launching a probe into alleged U.S. dumping of sorghum. Beijing also filed petitions with the World Trade Organization against Washington's decision in January to slap tariffs on imported solar panels and washing machines.

Toyota Motor's stock dropped 2.4%. The automaker said in a statement that the tariffs would "adversely impact automakers, the automotive supplier community and consumers."

Shares of steel and aluminum producers were hammered across the region. The worry is that metal products that would have gone to the U.S. will be diverted to the Asian market, causing prices to fall and hurting profitability.

A fundamental problem facing the industry is overproduction in China. Steel output there increased 3% to a record 832 million tons last year, and is expected to rise another 0.7% to 838 million tons this year, according to the China Metallurgical Industry Planning and Research Institute. Reduced access to the U.S. would likely redirect more Chinese products into emerging markets such as Vietnam, Thailand and the Philippines, where steel demand is strong because of infrastructure needs, Daiwa's Kaneko said.

This would mean stiffer competition for Japanese and South Korean exporters.