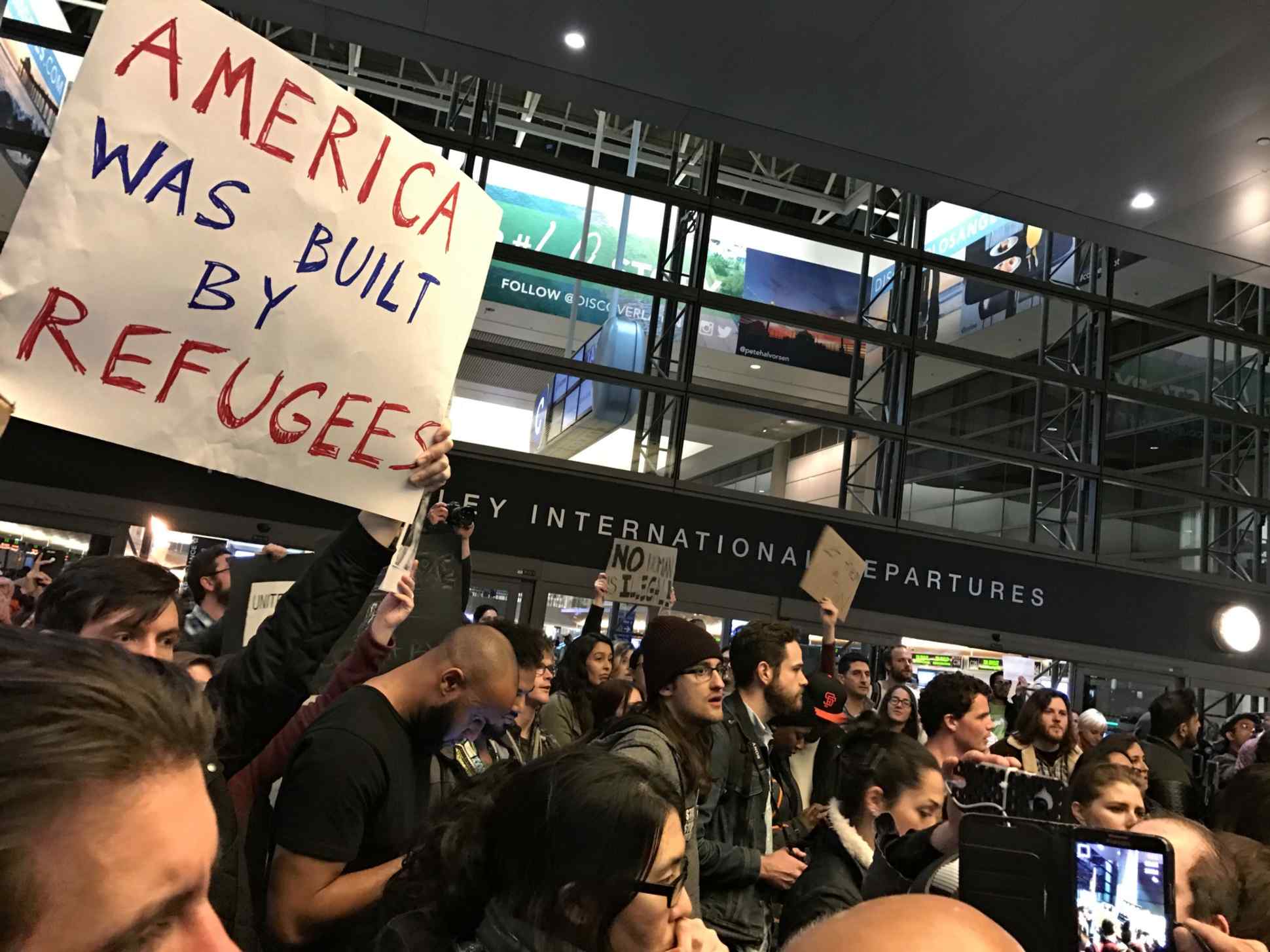 A crowd protests against the travel ban at Los Angeles International Airport.
The Trump effect

NEW YORK -- An entry ban ordered by U.S. President Donald Trump has sent shock waves across the globe, drawing rebuke not only from abroad but also from American companies and even members of his own Republican Party who fear that the nation's core values are at risk.

The intake of Syrian refugees has stopped indefinitely until a stricter vetting procedure is put in place. Citizens of seven countries, including Iran, are also banned from entering the U.S. for 90 days. The U.S. barred 109 people at its entry points after the order took effect. Over 280 people have been affected, including those who were unable to board U.S.-bound flights.