Five powerful forces will affect the world in 2025: Martin Wolf LONDON -- COVID-19 has accelerated the world into the future. Here are five powerful forces that were at work before COVID-19, that intensified during the pandemic and will still affect the world in 2025, and far beyond.

First, technology. The march of computing and communications technology continues to reshape lives and the economy. Now, broadband communications, together with Zoom and similar videoconferencing software, has made it possible for a huge number of people to work from home.

By 2025, it is likely that some, possibly most, of this shift away from offices will have reversed. But it will not do so completely. People will be able (and allowed) to work away from the office. Inevitably, this will not only include workers in their home countries, but workers sourced abroad, too, usually on lower salaries. The result is likely to be a destabilizing increase in what might be called "virtual immigration."

Second, inequality. Many higher-paid office workers have been able to work from home, while most others could not. In Western countries, many of those most adversely affected are also members of ethnic minorities. Meanwhile, many of the those already successful and powerful have prospered mightily.

The likelihood is that the inequalities exacerbated in the pandemic will not have reduced by 2025. The forces that have entrenched them are too powerful. Modest amelioration is the most one can expect. This, in turn, suggests that the populist politics of the recent past will continue to shape politics in 2025. 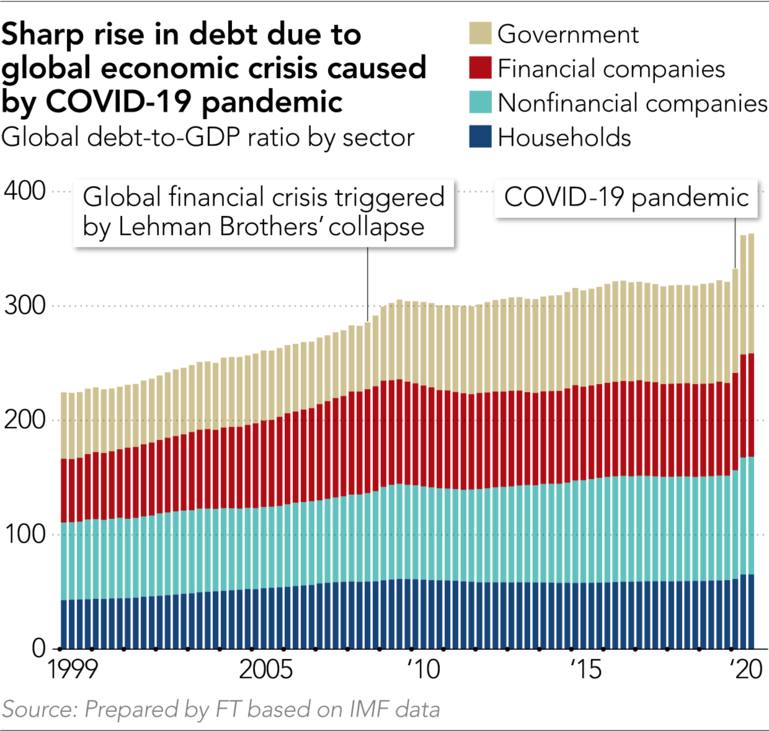 Third, indebtedness. Aggregate indebtedness has grown almost everywhere over the past four decades. Moreover, whenever crises have interrupted the private sector's ability to borrow, governments have taken up the slack. This happened after the global financial crisis and again during COVID-19.

The pandemic has dramatically increased borrowing by the private and public sectors. According to the Institute for International Finance, the ratio of global gross debt to world output jumped from an already high 321% at the end of 2019 to 362% at the end of June 2020. Such a huge and sudden jump has not previously occurred in peacetime.

Fortunately, government debt is now extremely cheap, with nominal and real interest rates on the sovereign debt of high-income economies at staggeringly low levels. But their debt overhangs may cripple parts of the private sector for years.

Fourth, de-globalisation. The plausible future is not that international exchange is going to die. But it is likely to become more regional and also more virtual.

After the global financial crisis, trade ceased to grow faster than world output, as it had done in previous decades, but grew roughly in line with world output, instead. This slowdown was due to the exhaustion of opportunities, the absence of any global trade liberalization and rising protectionism. COVID-19 reinforced these trends. A marked result has been a desire to shift supply chains back home or at least out of China.

The crisis is also reinforcing regionalism, notably in Asia. A noteworthy recent example has been agreement on the Regional Comprehensive Economic Partnership, which brings together the 10 members of ASEAN -- the Association of Southeast Asian Nations -- with Australia, China, Japan, New Zealand and South Korea.

Finally, political tensions. One dimension has been a decline in the credibility of liberal democracy, the rise of demagogic authoritarianism in many countries and the rising power of China's bureaucratic despotism. Another is the rise of populism in core Western countries and especially the U.S. While the victory of Joseph Biden represents a defeat for populism, President Donald Trump's huge share of the vote shows it has not disappeared. 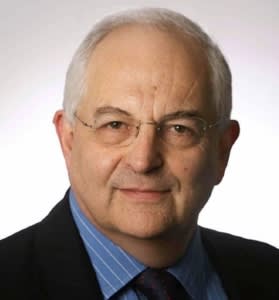 Yet perhaps the most important of the geopolitical developments has been rising tension between the U.S. and China. This is forcing countries to take sides. Again, COVID-19 has accelerated the drift apart. Mr. Trump blamed China for the pandemic. Even if he is soon gone, many in the US share this point of view.

So where, given all this, might the world be in 2025? With luck, economies will have largely recovered from the pandemic. But most will be poorer than they would have been without it.

Yet perhaps the biggest challenge will demand a global cooperation that will not exist. Sustaining a dynamic world economy, preserving peace and managing the global commons were always going to be hard. But an era of populism and great power conflict will make this far more difficult.

We are in an era of turmoil. The pandemic has underlined this, but not created it. We need to rise to that occasion. The defeat of Donald Trump gives the world a breathing space. But the challenges are huge. In 2025, many of them will still be there and, in all probability, even more so.