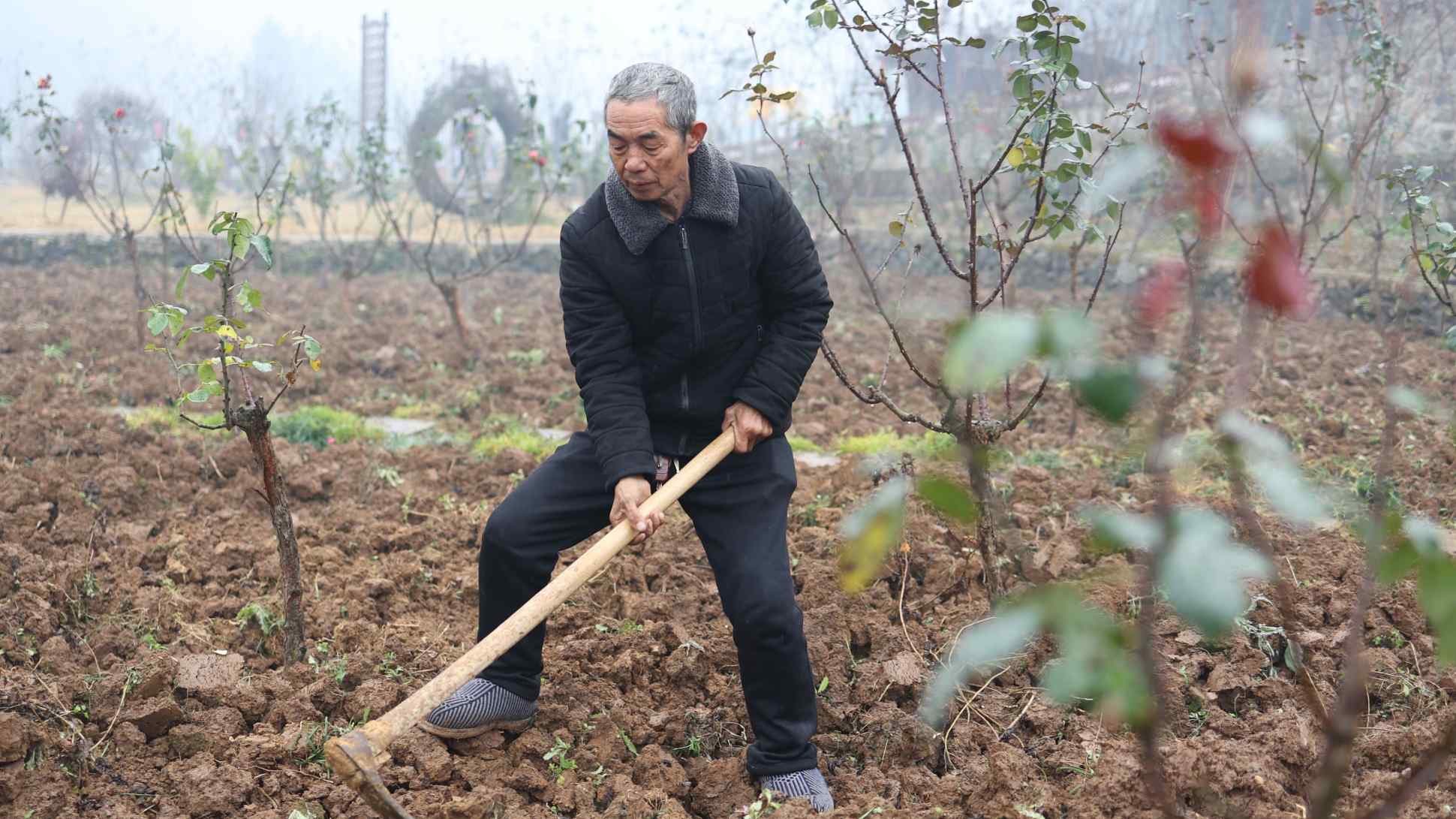 Liu Daoxue, who lives in the village of Baiping, in central China, has escaped poverty, the government says, thanks to heavy public spending. (Photo by Yusuke Hinata)
The age of 'Great China'

BEIJING/CHONGQING/TOKYO -- It was just three years ago that the life of Liu Daoxue, 64, took a significant turn for the better. He lives with his wife and 94-year-old mother in Baiping, a village roughly halfway between Wuhan and Chongqing in central China.

Baiping is extremely poor, lacking gas, good roads or running water. In pursuit of President Xi Jinping's stated goal of "reducing the number of impoverished people to zero" in China, more than 10 million yuan ($1.6 million) was spent in the village to build a large tourist facility. Infrastructure has been improved and the 282 villagers have been "lifted out of poverty," the government says.