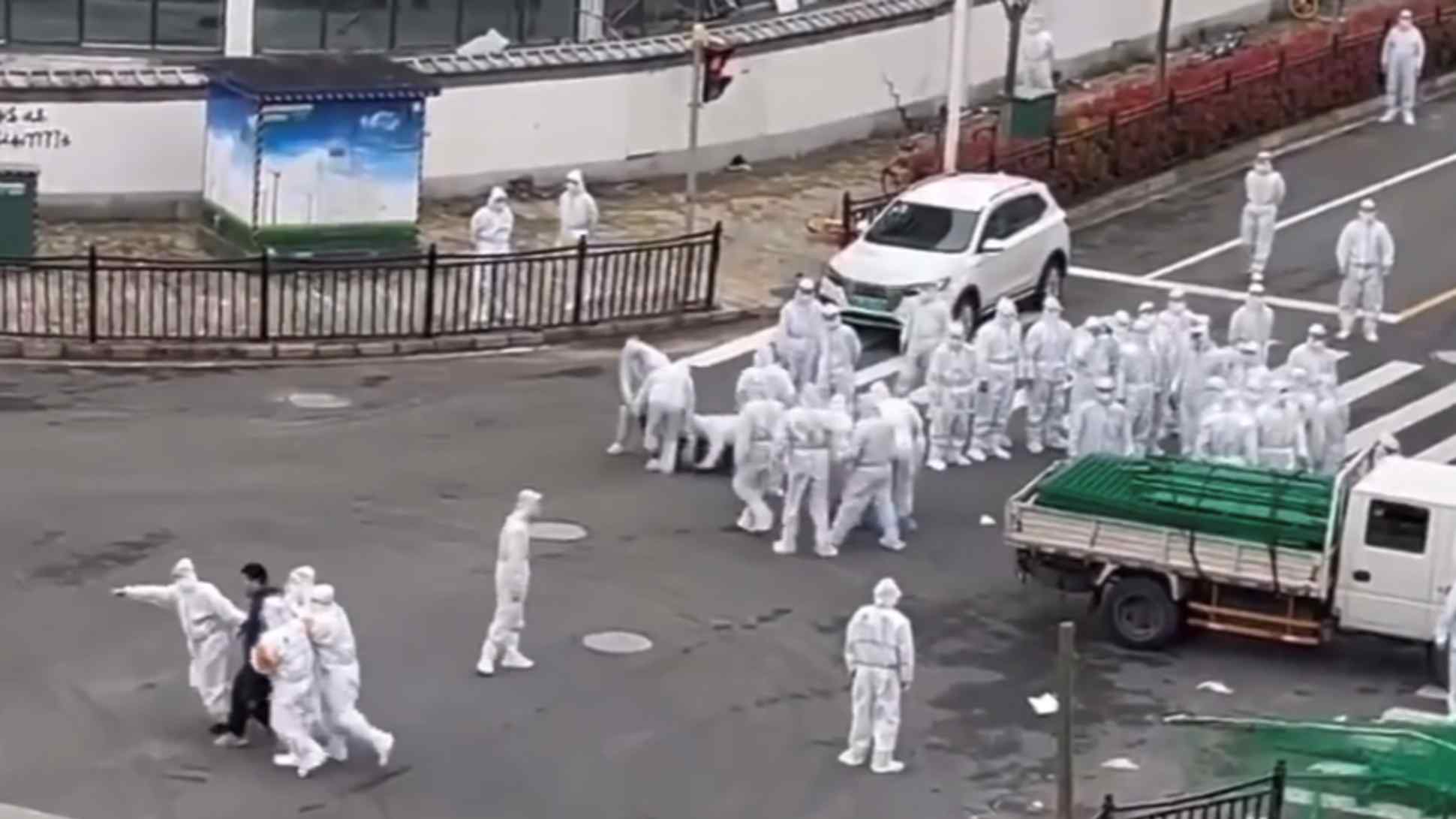 Chinese citizens are detained after protesting against housing evictions in April in Shanghai, China. (Image from Weibo)
The age of 'Great China'

China spends more on controlling its 1.4bn people than on defense

TOKYO -- It emerged in the central Chinese province of Henan in June that local authorities had abused an anti-COVID app to contain the movements of more than 1,300 people. Yang, who lives in Shandong Province, is one of them.

On the morning of June 13, Yang arrived on a night train at his destination, Zhengzhou, the capital of Henan. As the train approached the station, he could not believe his eyes as his "health code" smartphone app turned red.

In China, authorities track the location of citizens. If they are suspected of having come into contact with someone who has tested positive for COVID-19, their health code apps turn red and they face strict restrictions on their movements. Upon arrival at the station, he got another surprise: Officials told him he must leave Henan, and they took him away.

After taking the helm of the Communist Party as its general secretary in 2012, Xi Jinping launched a "zero tolerance" anti-corruption campaign. The move to try to do things perfectly has now spread to everything.