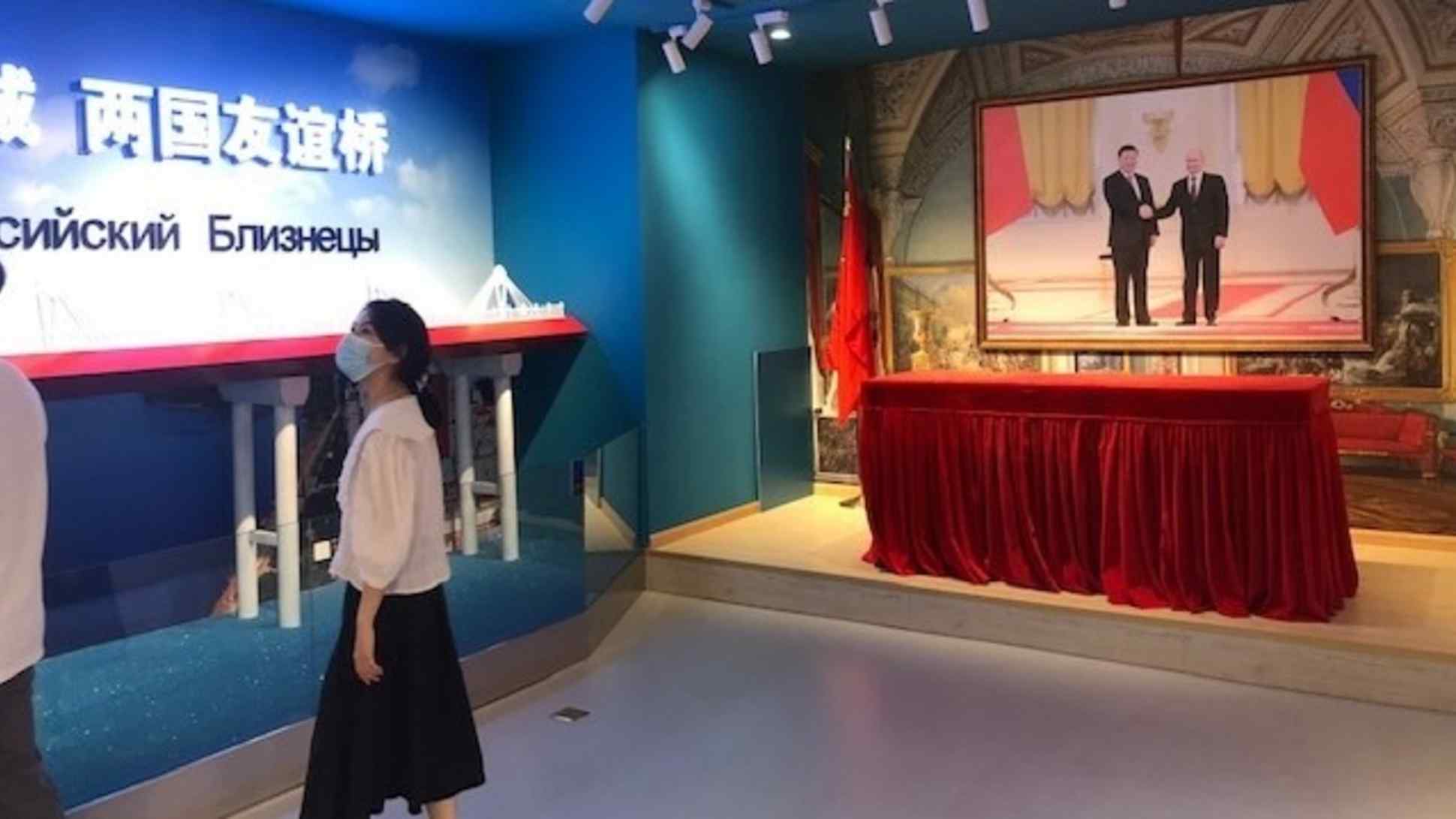 A photograph of top Chinese and Russian leaders shaking hands is displayed at a museum near the border bridge between China and Russia.
The age of 'Great China'

TOKYO -- Taiwan is not the only diplomatic issue facing China. Like the rest of the world, China is also struggling to cope with the Ukraine crisis.

While major countries have stepped up criticism of Russia one after another, China has repeated words and actions that seem to defend Russia. In China, where information is strictly controlled, online posts that disparage Ukraine circulate.

China is seeking to overtake the U.S. not only economically but also in terms of international influence.

Chinese President Xi Jinping's government advocates "major-country diplomacy with Chinese characteristics" and does not hide its challenge to the traditional order.

As part of such efforts, China is reaching out to Africa and Pacific island nations to conduct its own diplomacy. But as things stand now, the odds are against China. That is because a strong Russia, which China counts on, is becoming a thing of the past.