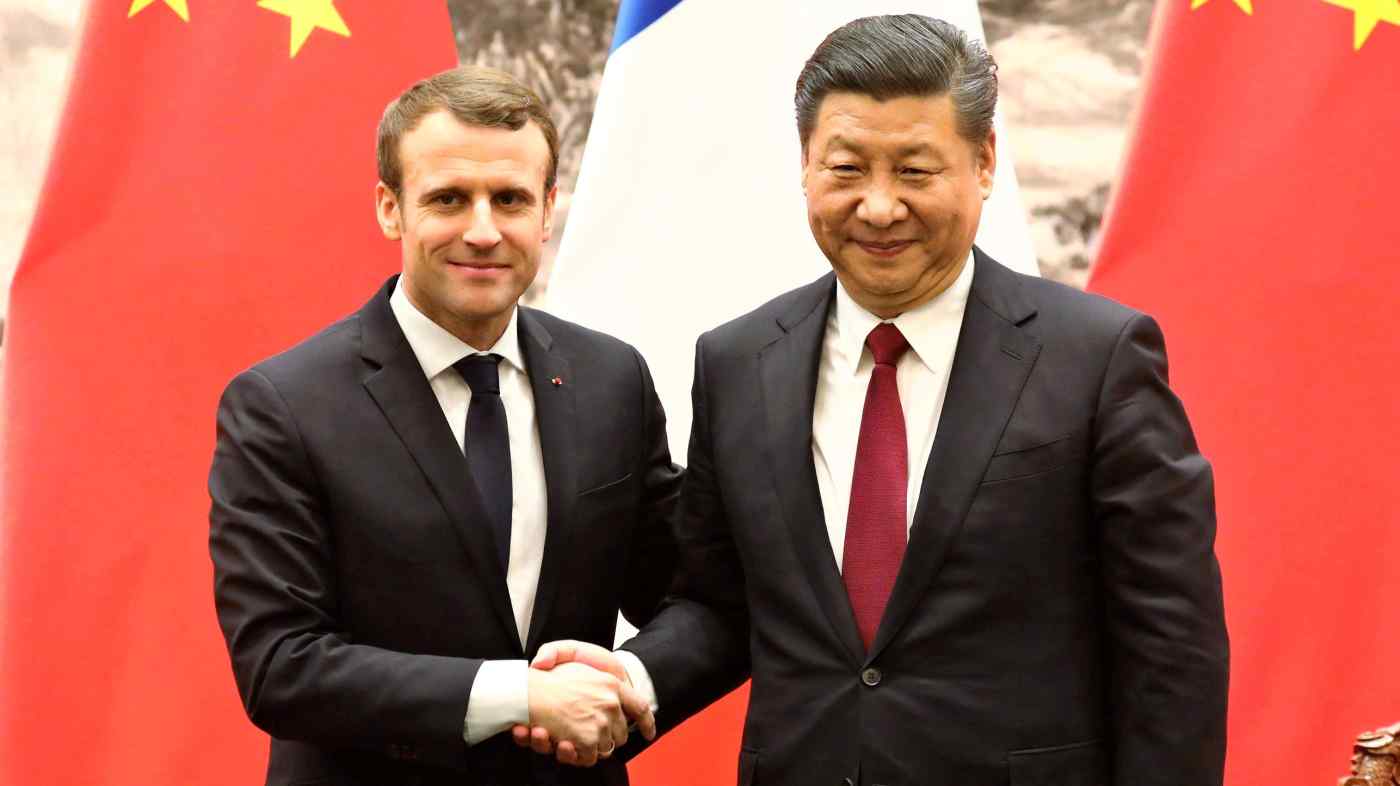 Will RCEP reach the finish line?

Regional leaders will meet in Bangkok for the East Asia Summit. Monday will see whether 16 countries can reach a deal on the Regional Comprehensive Economic Partnership, creating the world's largest free trade pact. Some observers, however, say a signing is unlikely this year.

What else is on the agenda? Comprising 16 Asia-Pacific countries plus the U.S. and Russia, the East Asia Summit is expected to tackle regional security issues like the South China Sea and the Korean Peninsula.

Meanwhile: Premier Li Keqiang will represent China at the meetings, while U.S. President Donald Trump is sending a downgraded delegation, raising fresh questions on Washington's commitment to Asia, where Beijing is trying to bolster its influence.

Chinese President Xi Jinping will deliver a speech on Tuesday at the opening of the China International Import Expo, an annual event in Shanghai intended to shift the Chinese economy's focus from exports to consumption. Last year's expo saw nearly $60 billion in deals made.

A special guest: Shanghai's expo will be the first stop on French President Emmanuel Macron's three-day visit to China. Organizers expect some 500,000 visitors from 170 countries during the six-day event.

Japan's SoftBank Group, the world's largest tech investor, reported a record net profit in the first quarter. But things have gone sour after one high-profile investment, WeWork, suffered a dramatic cut in its valuation, prompting a $9.5 billion bailout from SoftBank in exchange for an 80% stake.

Bursting the bubble: Read our columnist Henny Sender's take on why the deflation of SoftBank's tech bubble is a good thing.

Ren Zhengfei is hosting a third informal talk at Huawei's headquarters, this time to offer his thoughts on digital sovereignty in a discussion with Singaporean diplomat Kishore Mahbubani.

What is digital sovereignty? Tech giants such as Google have been in the crosshairs of a debate over who owns an individual's data -- the internet company, the government, or the user? European regulators have insisted that individuals not only own information about themselves on the internet, but also hold the right to have it taken down.

What to listen for: Ren has said before that Huawei respects the EU's digital sovereignty. He made news in the first two "Coffee with Ren" talks, disclosing the financial impact of Washington's blacklisting on Huawei's earnings. Huawei founder and CEO Ren Zhengfei speaks at the company's headquarters in Shenzhen on Sept. 26.

Hoping to raise as much as $1.14 billion, China Feihe is offering 893.34 million shares priced between HK$7.50 and HK$10 each, which would make Feihe the fourth IPO in Hong Kong to exceed $1 billion since September. A successful offering would boost the prospects for a string of companies looking to list in Hong Kong.

Why it matters: Haunted by past scandals including six deaths caused by melamine-tainted powdered milk in 2008, Chinese consumers still prefer imported dairy products, even though China's dairy industry has spent millions to restructure and improve food safety.

Nasdaq-listed Baidu Inc., known as the Google of China, has lost nearly 40% of its share value since January, as the company has struggled to keep up with evolving user habits in the smartphone era. Online advertising, Baidu's bread and butter, is also vulnerable to downward macroeconomic pressure and rising market competition.

South Korea's leading internet company Kakao will draw more attention than usual, as the company recently signed a 300 billion-won stock exchange deal with SK Telecom. The two companies are aiming to accelerate their cooperation in artificial intelligence and content development to compete with global content platforms such as YouTube and Netflix.

iPhone assembler Pegatron to give clues on smartphone market

Pegatron's earnings call is expected to shed light on overall smartphone market demand. The Taiwan-based company will also share details on its production diversification efforts to avoid the tariff war between Washington and Beijing.

Why this matters: Apple, Pegatron's largest client, reported a 9% decline in revenue from iPhone sales in the July to September period, an improvement from the 15% drop in the previous quarter. Sales of the new iPhone 11 range have been better than Apple estimated, leading the company to ask suppliers to increase production.

The Philippines will release its third quarter GDP data, following two quarters of slower growth due to the delayed passage of the 2019 budget crimping government spending. The central bank expects the economy to have expanded by 5.8-6.0% in the July-September period, against the 6-7% target.

The South Korean shipbuilder Samsung Heavy Industries will announce third quarter results, as its two competitors Hyundai Heavy and Daewoo Shipbuilding & Marine Engineering await approval from global antitrust authorities for their planned merger. There are concerns that the Japanese Fair Trade Commission may suspend the approval due to political tensions between the two countries. Thousands of Cambodians lined the streets to see Sam Rainsy in July 2013. The opposition leader fled the country for France in 2015.    © Reuters

Cambodian opposition leader Sam Rainsy has pledged to return to his homeland on Saturday after four years of self-imposed exile, vowing that at least a million people will take to the streets to greet him.

While he has hopes of leading a "people power" movement against Prime Minister Hun Sen, many of Sam Rainsy's supporters have been arrested in recent weeks. Hun Sen has threatened to arrest the opposition leader upon arrival, saying he will deploy the military to suppress what he calls a "coup."