A not-so-Golden Week for China's retailers?

China's Ministry of Commerce will release its closely-watched report on consumer spending during the National Day holidays, known as Golden Week. The report is expected to reveal whether Chinese consumers splurged on retail goods and food as the country celebrated the 70th anniversary of the founding of the People's Republic of China. The tourism office will also release figures on holiday migration domestically and abroad.

Background: Retailers expected a downturn in consumer turnout ahead of this year’s Golden Week, due in part to China’s economic slowdown and trade war with the US.

Catch up on our coverage of China’s National Day festivities last week. 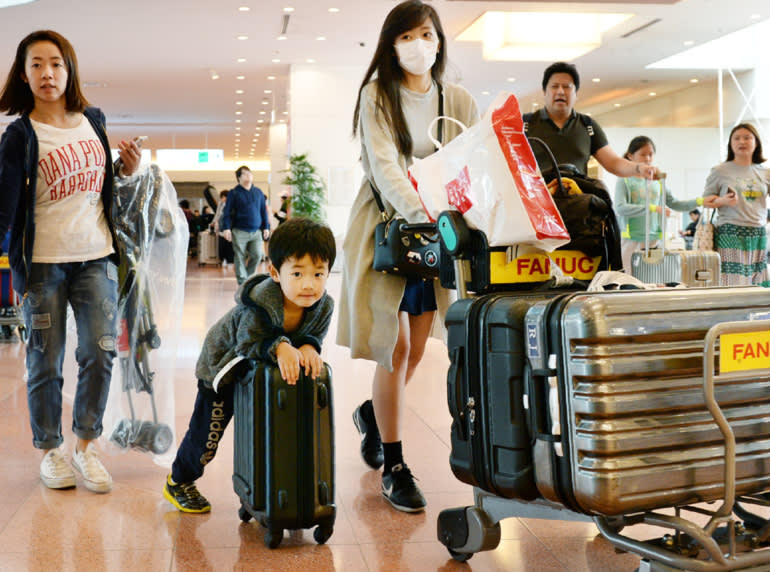 Overseas travel was expected to decline during this year's Golden Week holiday in China. (Photo by Tomoki Mera)

Investors will be watching to see if Samsung can improve on its disappointing first half when it releases third quarter guidance today. The company has been hit this year by sharply  declining prices for  display panels and memory chips. The results  come two weeks after the delayed US release of the Galaxy Fold smartphone, and news that it would shutter its last mobile phone factory in China.

Why this matters: Market watchers will be looking for  signs that the  memory chip market is poised for recovery after a brutal slump. Also in focus: whether Samsung will feel a big impact from Japan's restrictions on exports of key chipmaking materials to South Korea, which have been in place since July.

Hong Kong Exchanges and Clearing Ltd. has until Wednesday to make a formal offer for the London Stock Exchange Group. Last month, HKEX made a 32 billion pound offer, which LSE rejected. In response, HKEX said it would engage with LSE's shareholders and hoped to "enter into a constructive dialogue" with LSE's board.

Topsports International, China’s largest sportswear group, will make its stock market debut in Hong Kong after raising just over $1 billion through an initial public offering. The company priced its offering cautiously at HK$8.50 per share, within a marketed range of HK$8.30 to HK$10.10 per share. At the top end of the range, the offering would have raised $1.2 billion.

Topsports' listing comes a week after Budweiser Brewing Company APAC's debut and follows the worst summer for IPOs in Hong Kong in at least six years.

US and China talk trade in DC

The first cabinet-level trade meeting between Washington and Beijing will take place on Thursday and Friday. The negotiations come days before the new deadline for an additional 5 percent tariff hike on $250 billion of Chinese goods.

Also on the line is an already depressed U.S. stock market, which plunged last week on disappointing manufacturing data and is desperate for substantive progress in trade talks.

But with an impeachment inquiry and 2020 elections looming over him, US President Donald Trump is unlikely to go soft on China, while Beijing will also likely remain cautious, analysts said.

Tsai delivers a rebuttal to Xi

In her National Day address, President Tsai Ing-wen is expected to respond to Chinese President Xi Jinping’s remarks last week about an “inevitable” reunification with Taiwan. Tsai may also address Taiwan’s position on the US-China trade war and Hong Kong’s fight for autonomy from Beijing.

Background: Beijing views the democratic island of Taiwan as a wayward province, and has pressured international businesses and other nations as part of its campaign to pave the way for reunification. Under China’s influence, seven countries have cut diplomatic ties with Taiwan, including Kiribati and the Solomon Islands, who announced ahead of China’s October 1st National Day.

Related: Retired US Navy Admiral James Stavridis wrote in our Opinion section that China’s military buildup should worry its neighbors and warn the US. 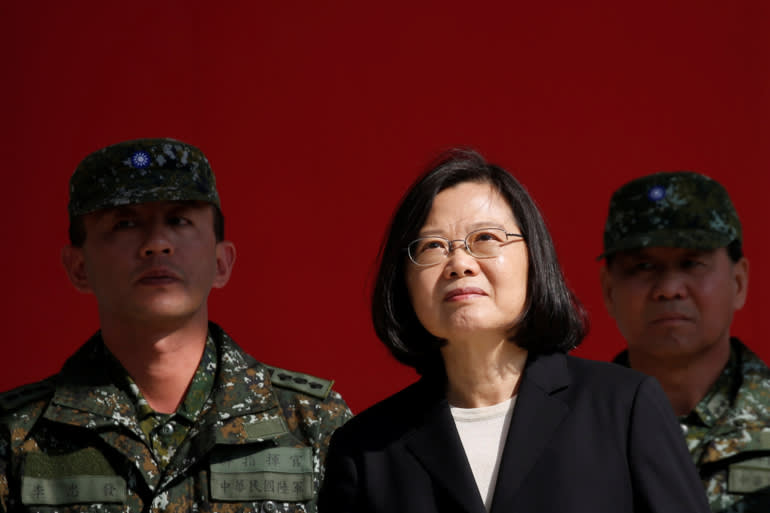 Finance Minister Lim Guan Eng is expected to table Malaysia's budget for next year, including items aimed at attracting tourists, and strategies to cushion Malaysia from the US-China trade war.

Why this matters: The Visit Malaysia Year 2020 campaign coincides with Malaysia’s chairmanship of APEC next year.

Will the peace prize come home to Alfred Nobel’s native Sweden this year? Ahead of the announcement on Friday, 16-year-old Greta Thunberg is the bookies’ favorite. The Swedish climate activist began a solo school strike last year to urge her government’s action on climate change. Over 100 countries saw massive climate strikes on September 20, as Thunberg attended the UN Climate Action Summit in New York City.

Read our September cover story on how Thunberg’s generation is redefining business.

From the Asia Pacific region, New Zealand’s Prime Minister Jacinda Ardern is also a Nobel favorite for leading her government’s response to the Christchurch shooting. Xi to India on Sunday

Read our analysis of Modi’s warm — but cautious — diplomacy with China.