Abe says postponing Olympics is an option due to coronavirus

Japan PM rules out cancellation, while IOC says decision to come in 4 weeks 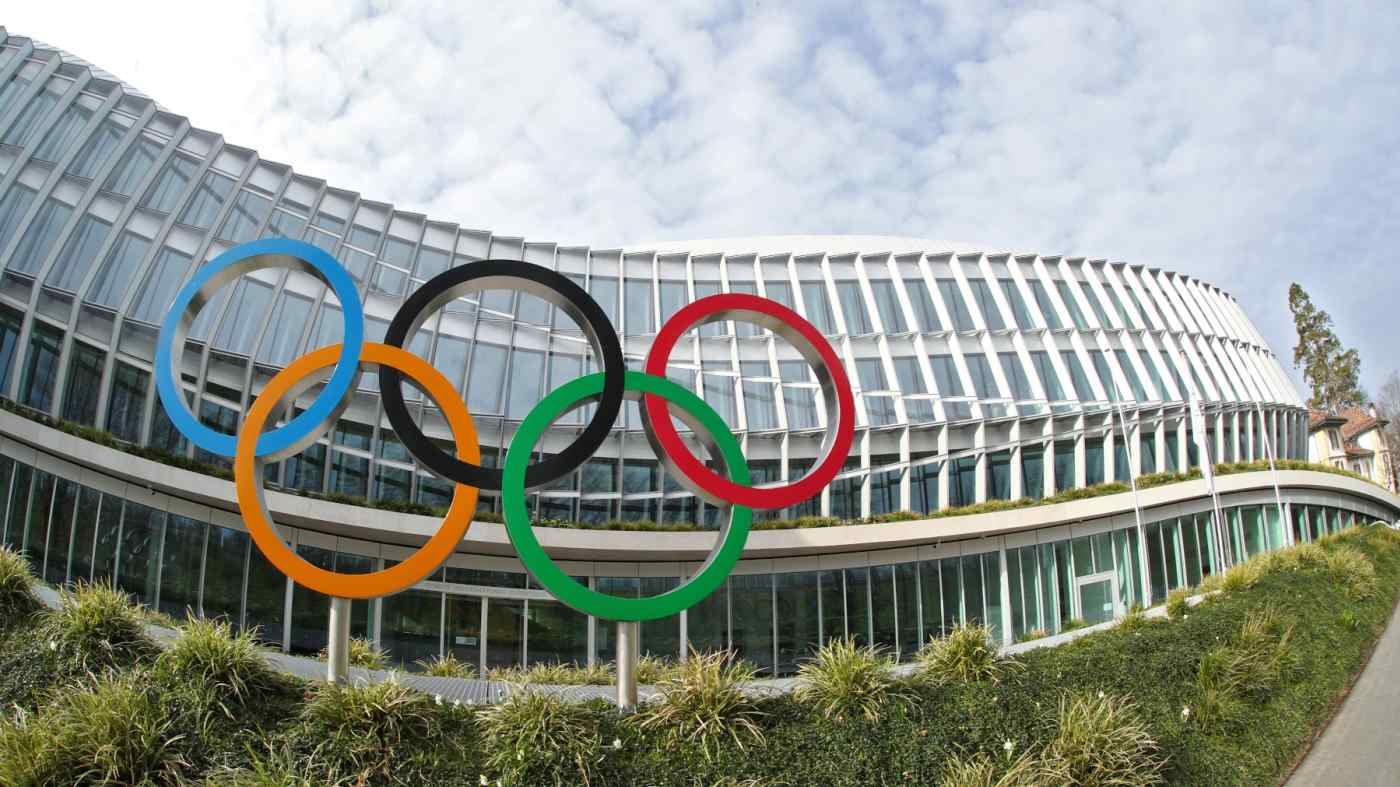 TOKYO -- Japanese Prime Minister Shinzo Abe said Monday that postponing this summer's Tokyo Olympics was an option if the Games cannot be held in a "complete form" due to the novel coronavirus pandemic.

Abe's remarks to parliament came after the International Olympic Committee on Sunday discussed setting a four-week deadline for determining how to proceed with the Games, including a postponement.

"If the IOC's decision means it becomes impossible to hold [the Olympics] in a 'complete form,' as I have previously said, then a decision may have to be made to postpone them," Abe said.

Abe added that canceling the Olympics was "not an option."

"Four weeks are a short time to consider all the factors and reschedule all these different sports," Muto said. "Many contracts have been concluded already and revisiting them is not an easy job."

The IOC executive board held an unscheduled teleconference just days after the organization reaffirmed plans to hold the opening ceremony in July. But in addition to the growing number of athletes that have come out in opposition to having the games, U.S. President Donald Trump on Saturday reiterated his suggestion that Japan delay the event until next year. 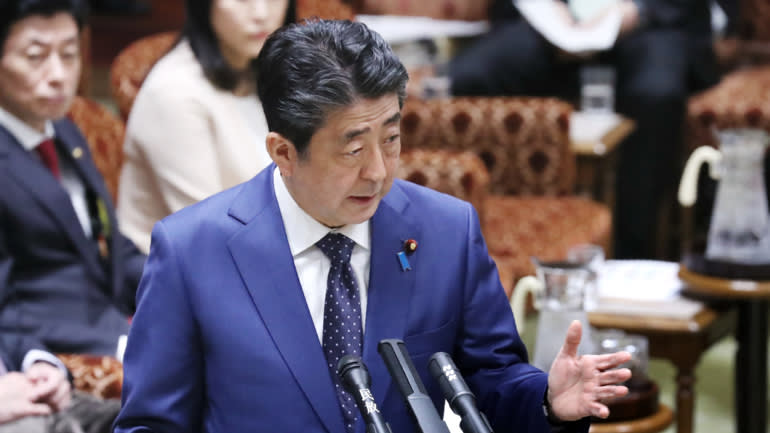 Japanese Prime Minister Shinzo Abe speaks in parliament on Monday. He said postponing the Olympics was an option, but cancelation was out of the question. (Photo by Uichiro Kasai)

After IOC officers held another extraordinary teleconference Tuesday, the organization conducted other teleconferences with international sporting federations, national Olympic committees and athlete representatives, where all parties agreed to hold the Summer Games as scheduled.

But on Friday, the United States Olympic & Paralympic Committee released a statement saying that the IOC executive board will hold a meeting this week.

The committee said "the IOC is polling all the NOCs to determine the impacts on training that are occurring," referring to the national Olympic committees.

The back-to-back impromptu meetings appear to be in response to a firestorm of criticism from athletes who cite an inability to train adequately. The coronavirus epidemic has necessitated travel restrictions and closures of training facilities.

Calls to postpone the Olympics have come from UK Athletics, the body in charge of British track and field, as well as the French Swimming Federation. National Olympic committees in Slovenia, Norway and Brazil have also come out in favor of a delay.

In the U.S., a country that holds outsize leverage in terms of sports sponsorships and broadcasting rights, both USA Track and Field and USA Swimming requested that the U.S. Olympic Committee lobby the IOC to postpone the games by a year.

"A decision on the Olympic Games may become very obvious very quickly in the coming days and weeks," Sebastian Coe, president of the international track and field body World Athletics, said Saturday according to Reuters.

"I don't think we should have the Olympic Games at all costs, certainly not at the cost of athlete safety," Coe added. The former chairman of the organizing committee for the 2012 London Olympics also touched on the issue of competition fairness.

"If we lose the level playing field, then we lose the integrity of the competition," he said.

The coronavirus epidemic is now ripping through the Western world. In Italy the number of COVID-19 infections has surged past 50,000, claiming roughly 4,800 lives as of Saturday. The number of confirmed cases has topped 20,000 in Spain, the U.S. and Germany. The number moved past 10,000 in France.

Italy has imposed a countrywide lockdown, restricting movement and shuttering restaurants and other nonessential businesses. In Spain, people are generally prohibited from leaving their homes.

In the face of the latest development at the IOC, some in Japan have become resigned to the idea of the games being put on hold.

"This probably means the IOC is also leaning toward a postponement," said a source close to the Japanese Olympic organizers. "We're coming to a stage where we discuss various issues relating to a postponement, such as the question of broadcasting rights."

IOC President Thomas Bach has repeatedly said this month that the Olympics will remain on schedule. But in an interview Thursday with The New York Times, he seemed open to making some changes.

"Of course we are considering different scenarios," Bach said.