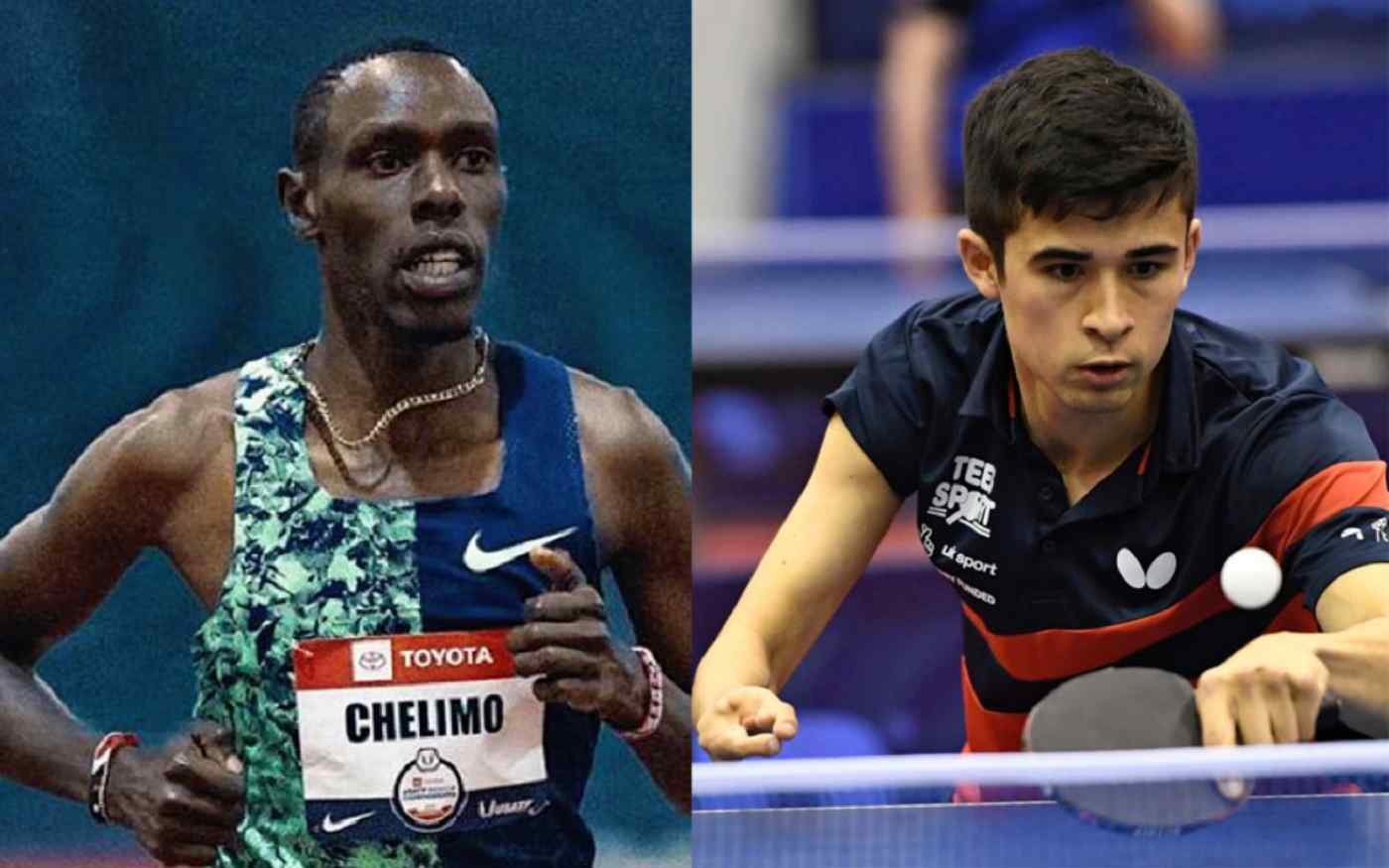 NEW YORK/SAO PAULO -- One of the consequences of the novel coronavirus pandemic was the forced postponement of the 2020 Tokyo Olympics and Paralympics by one year, which has also made it difficult for athletes to keep training due to travel restrictions and for Olympic trials to take place as scheduled.

"I don't want [the Olympics] to be pushed back much further. Because the older I get, the closer I get to retirement," said track and field athlete Paul Chelimo, who won a silver medal in the 5,000 meters at the 2016 Rio Olympics, in an interview with Nikkei.

Born in Kenya, Chelimo joined the U.S. Army after studying at the University of North Carolina at Greensboro. He became the silver medalist in 2016 as an American citizen.

"I want to come back home [from Tokyo] as an Olympic gold medalist", he said, but he appears frustrated at the one-year postponement of the Olympic Games. Meanwhile, he is continuing to train every day on steep slopes in Colorado Springs, in the western U.S. state of Colorado. "Speed is something for me that comes really quick," said Chelimo. "Generally, I'm making sure I'm really strong endurance-wise."

While training schedules might have to be adapted, the pandemic has also forced some Olympic Games trials to be canceled or postponed. The African Weightlifting Championships -- which were scheduled to take place in Mauritius in April and were postponed until June and August -- have now been delayed until November.

Many athletes' training programs have been seriously affected by the pandemic disruption.

In India for example, which has the world's second-highest tally of coronavirus cases, after the U.S., eight badminton players -- including PV Sindhu, who won the world championship in 2019 -- had a training camp planned. But only four players have so far been able to gather there, after an athlete and a physiotherapist tested positive for COVID-19.

Sindhu, in a video posted on her Twitter account last month, still thanked Indian Prime Minister Narendra Modi for his efforts to contain the virus, adding, "Because of this COVID, we couldn't play the Olympics, but by next year, by this time, we hope, as a gift, we would give you as many medals as possible."

Kim Daybell, a British table tennis player in the 2016 Paralympics, is one athlete who has joined the fight against the virus. Daybell gave up training for the Tokyo Paralympic Games in March, when the International Olympic Committee and the Tokyo 2020 Organizing Committee decided to postpone the games. He decided to focus entirely on his job as a junior doctor, after the Whittington Hospital in North London, where he works, doubled the number of doctors on shift to cope with the surge in COVID-19 cases in the U.K.

"I have not been able to play [table tennis] at all ... I'm still in hospital and still seeing patients with coronavirus," Daybell told Nikkei. "There was very little we could do. We could only give people oxygen ... [and] a lot of time spent just ... making sure they were OK," he added.

Daybell is not sure if he will join the Paralympic team even when they resume training. "[Coming from a hospital environment and infected patients], I wouldn't want to put anyone else at risk," Daybell said. 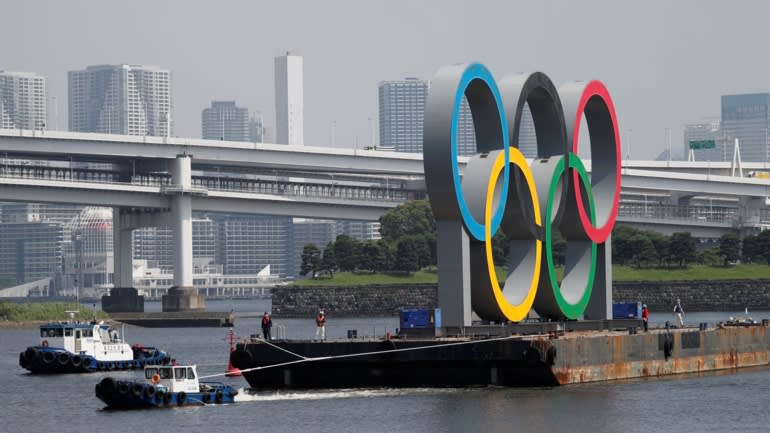 Boats tow the giant Olympic rings, which are being temporarily removed for maintenance, amid the COVID-19 outbreak, at the waterfront area at Odaiba Marine Park in Tokyo, Japan Aug. 6.   © Reuters

Stay-at-home orders and travel restrictions have also made it difficult for athletes to continue their training.

Brazil, which has the world's third-largest tally of COVID-19 cases, has seen its Olympic Committee send athletes to Portugal for training in promising fields such as judo and gymnastics, because coronavirus has prevented athletes from their regular practice. But the country has delayed making decisions about training for other fields.

Tyrone Pillay, a South African bronze medalist in the shot put at the 2016 Paralympic Games, has been working out at home because his usual training venue was closed. Alejandra Zavala, a Mexican sport shooter, has also been keeping up her training at home using virtual pistols, blank shots and video calls.