US and Japan leaders hold brief exchanges between G-7 meetings 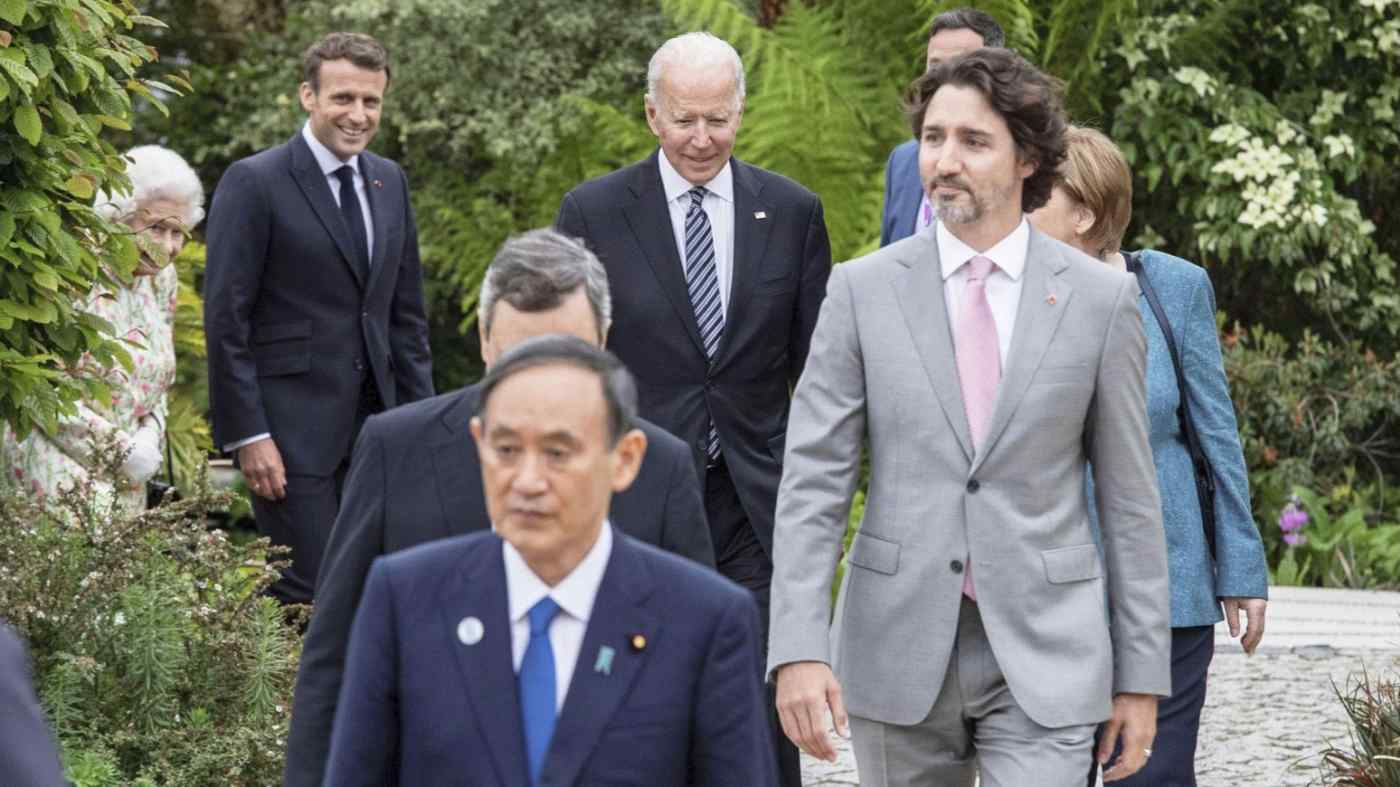 CORNWALL, U.K. -- U.S. President Joe Biden gave his support on Saturday to Japan's efforts to carry out a safe Summer Olympics as outlined by Japanese Prime Minister Yoshihide Suga on the sidelines of the Group of Seven summit here.

"We will take all precautions against infections in carrying out a safe and secure" Tokyo Olympics and Paralymics, Suga told Biden as the two leaders met between G-7 events in Cornwall. Biden expressed his support for the prime minister.

The conversations, totaling about 10 minutes, took place across several exchanges between meetings.

"The talks did not take place according to form, but the two leaders were able to hold substantive discussions," a Japanese official said. This marked their first in-person meeting since Suga's visit to Washington in April.

On the G-7 leaders' joint statement, Suga said, "A forceful message should be sent, taking into account the success of the Japan-U.S. summit. We will work together closely."

Suga also touched on the importance of a "free and open Indo-Pacific," a stance backed by the two countries.