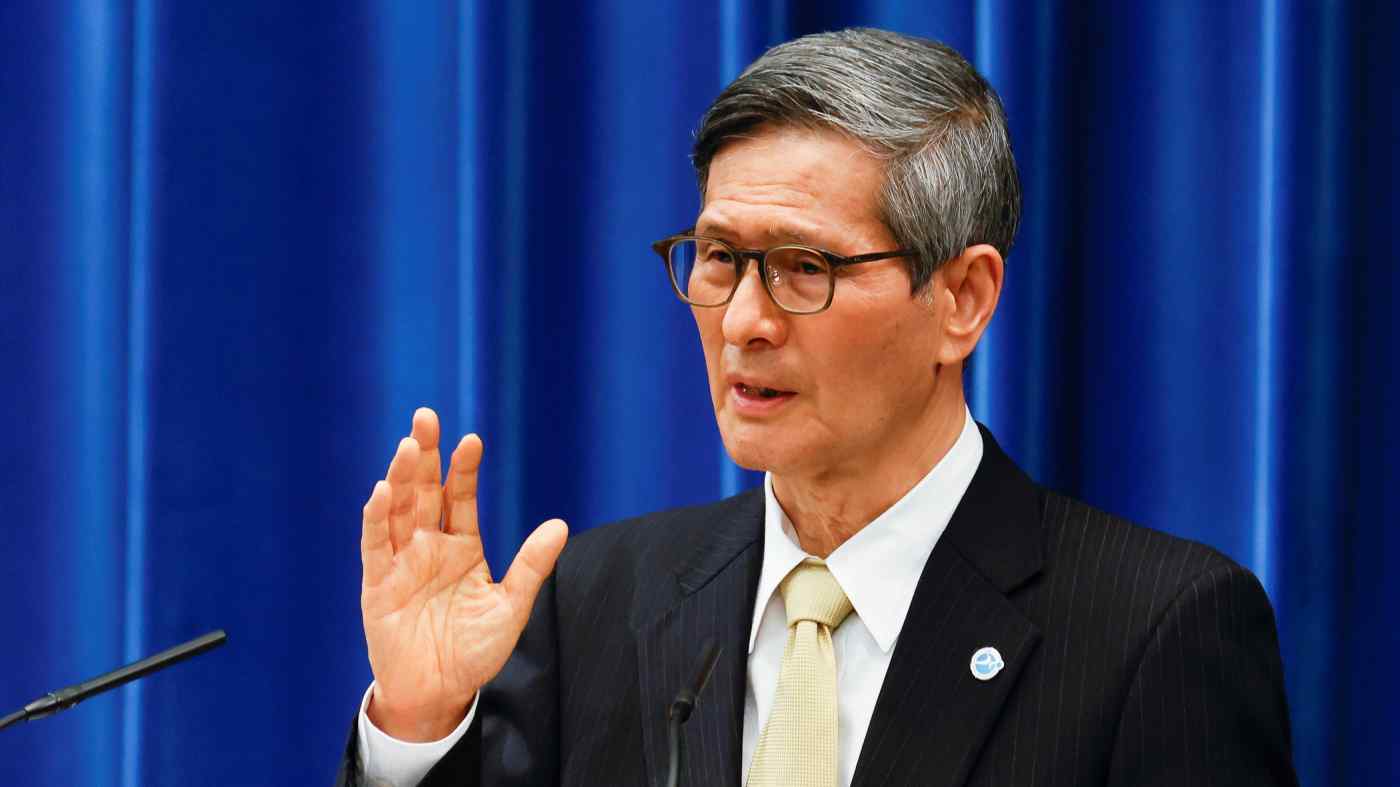 Shigeru Omi, an infectious disease expert, made the observation in proposals he submitted on Friday to organizers and Japan's government. His report, compiled with 25 other medical experts, lists measures that can be taken to prevent the two-week spectacle from becoming a superspreader event.

"Allowing no spectators will be the most effective way to reduce infection risks," the report says.

It goes on to warn that these risks could be triggered by encouraging the movement of people, such as by allowing spectators into events. This could result in more severely ill patients and a heavier burden on greater Tokyo's medical systems in late August, when the Paralympic Games are set to begin, the report warns.

Omi pointed out that the Tokyo Games are an "obviously large" spectacle compared to other sports events held in Japan.

"There's definitely a risk," Omi stressed in a news conference held on Friday. "We want the government and organizers to recognize the risks and take appropriate measures."

Omi argued that whenever there is a sign of potential rebound of COVID infections -- such as increased movement of people at night and increased infections among young people -- organizers should take preventive measures including banning fans even after the games begin with spectators.

Tokyo and three neighboring prefectures could have up to 430,000 spectators a day commuting back and forth and attending Olympic events, a number that compares to the 47,000 or so fans who attend pro baseball games on any given day in the same area and the 7,000 who go to J-League soccer matches, the report says.

Omi also worries that allowing spectators to attend multiple large events every day while also asking Tokyoites to refrain from going out could send a "contradictory message," encourage people to abandon caution and make it difficult to gain their cooperation in preventive measures.

In the proposal, Omi presses the government to maintain the powerful measures that have been in place since late April. On Thursday, however, the government said it would lift the state of emergency in nine prefectures beginning next week but keep some restrictions in place in Tokyo, Osaka and five other areas through July 11.

"When there is a possibility that the medical system could be overwhelmed, please take powerful measures at an appropriate time," the report proposes, "and do not wait for the situation to grow more serious."

Olympics Minister Tamayo Marukawa on Friday said Tokyo Olympics events will also be limited to no more than 10,000 fans.

But a final decision on the matter is expected to come later this month, during a meeting of representatives from the Tokyo Metropolitan and national governments, Tokyo 2020, and the International Olympic and Paralympic Committee.

Tokyo 2020 President Seiko Hashimoto told reporters on Friday that she will share the proposal submitted from Omi to the International Olympic and Paralympic Committee.

Omi told organizers that if they hold the games with spectators, they should adopt a stricter upper limit than the government restrictions and allow only spectators from the same prefecture of the venue and ban spectators if necessary.

Asked about the measures associated with this proposal, Tokyo 2020 CEO Toshiro Muto told reporters that he will exchange opinions with other organizers in a five-party meeting next week.

Tokyo 2020 received the proposal from Omi this morning and shared the same determination for the games, Tokyo organizers said. "We believe Mr. Omi submitted his proposal based on the premise that the Olympics will be held with spectators," said Muto.

Asked why organizers keep trying to hold the games with spectators despite risks, Hashimoto stressed: "As long as there are spectators who want to see the games at the venue, it is our job to seek the possibility to enable their wished until the last minute while reducing possible risks."

But Hashimoto also stressed that she would have to respond flexibly according to the situation. "We have to prepare ourselves for the possibility of banning spectators if the situation changes," Hashimoto added.