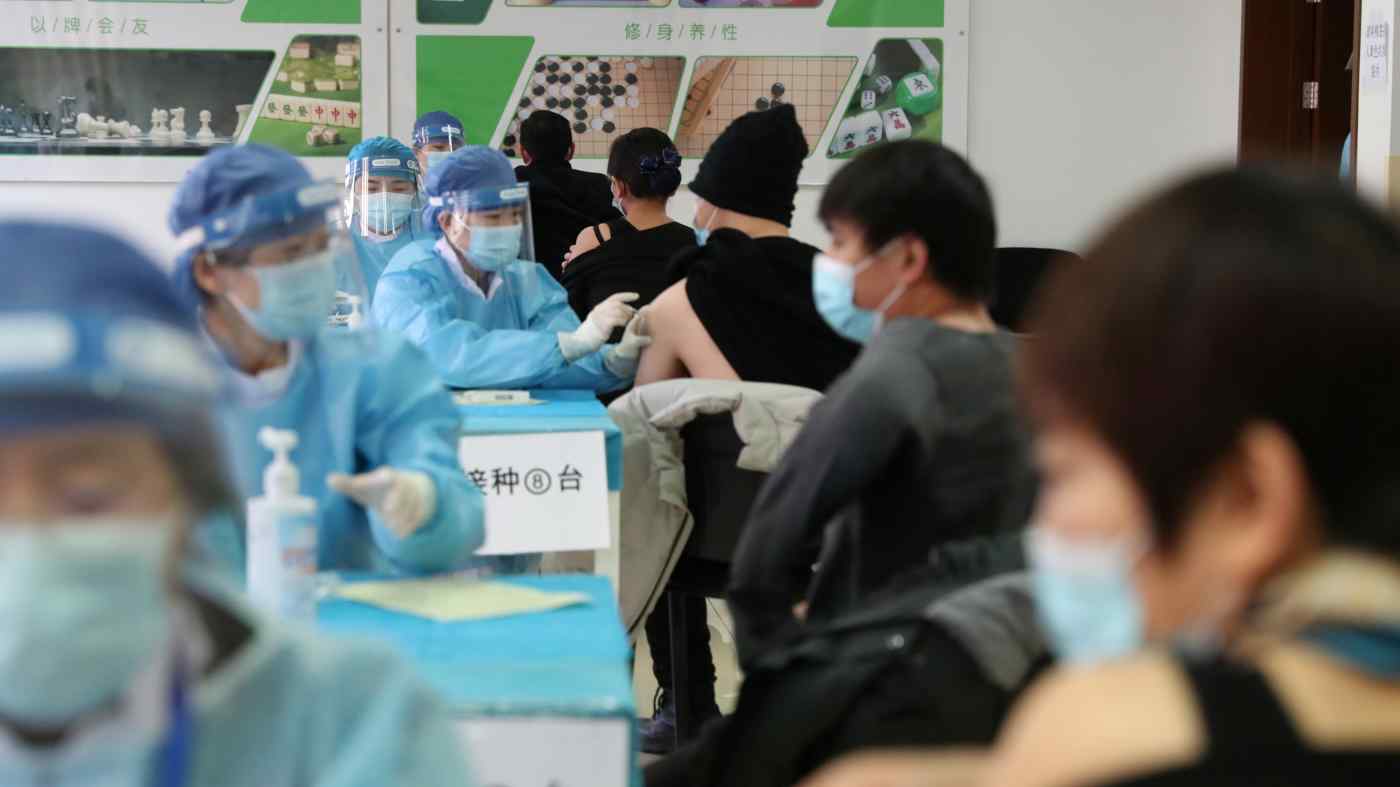 China has begun its own vaccination drive, with plans to vaccinate 40% of its population by July, and says it would also make vaccines available to Olympians.   © Reuters
March 7, 2021 18:57 JST | China
CopyCopied

BEIJING (Reuters) -- China said on Sunday it has plans to set up COVID-19 vaccination stations to vaccinate Chinese citizens abroad and is also ready to work with the International Olympic Committee to help provide vaccines to Olympic athletes for upcoming events.

China has developed several vaccines domestically and has begun its own vaccination drive, with plans to vaccinate 40% of its population by July.

"We are preparing to set up regional vaccination sites for domestically produced vaccines in countries where conditions permit, to provide services to compatriots in need in neighboring countries," said Wang.

He said some Chinese citizens were already receiving Chinese-made vaccines abroad according to local law.

He said China would also make vaccines available to Olympians, and is open to discussions on mutually recognizing vaccines with other countries, but did not offer specifics.

China is set to hold the 2022 Winter Olympics next year, while the Summer Olympics are scheduled to take place in Japan later this year.

China has said it plans to provide 10 million doses of COVID-19 vaccines to global vaccine sharing scheme COVAX. Vaccines from Chinese firms are already being offered in several countries, including Brazil, Indonesia, Turkey and the United Arab Emirates.

Beijing has repeatedly called into question the idea that the new coronavirus originated in China, and has embarked upon a vaccine diplomacy campaign to send Chinese-developed shots against COVID-19 around the world.

China has denied exploiting the fight against COVID-19 to boost its global influence.