Clock ticks down on decision time for Tokyo Olympics TOKYO -- Japan and the International Olympic Committee insist that the 2020 summer games will proceed at the end of July as scheduled, even as the growing number of new coronavirus cases at home and abroad threatens that prospect.

"We are absolutely not considering a change in plans," Yoshiro Mori, president of the Tokyo 2020 organizing committee, told reporters Wednesday.

Mori, a former Japanese prime minister, was commenting on earlier remarks by Haruyuki Takahashi, a member of the Tokyo Olympic committee's executive board. Takahahi told The Wall Street Journal that delaying the games by a year or two would be the most realistic option if they cannot be held this summer.

Mori called Takahashi's remarks "absurd" and said he had apologized for the "careless" remarks.

"I won't say there's no chance" that the COVID-19 outbreak will affect the games, but "the World Health Organization and other experts are considering how to respond," Mori said. 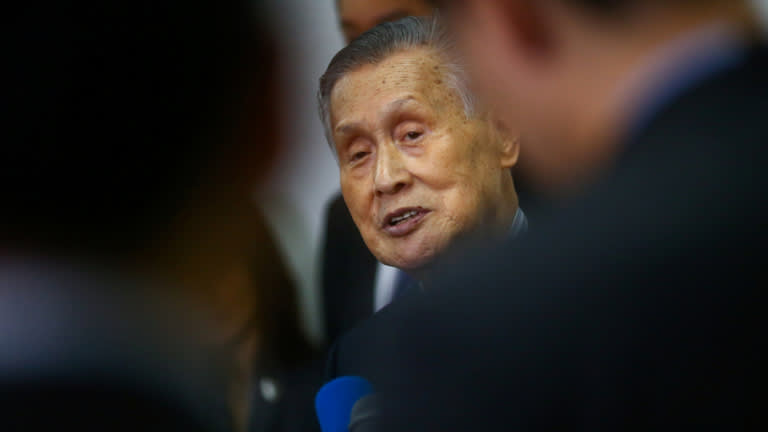 Tokyo 2020 president Yoshiro Mori attends a news conference in Tokyo on March 11. The former prime minister said the games will go on as planned.   © Reuters

Many believe the final decision will be made in May, and Japan's political calendar hinges on the fate of the long-awaited event.

Prime Minister Shinzo Abe had been expected to hold a snap election this fall to capture an anticipated boost from a successful Olympics. A cancellation or a postponement would deprive Abe of such tailwinds, complicating his decision on the election, which needs to be called before lower house lawmakers' terms end in October 2021.

A cancellation could upend the political landscape surrounding Abe, who is serving his third and final three-year term in September 2021. It would also disrupt the plans for those vying to succeed Abe, who have been preparing for the ruling Liberal Democratic Party's presidential election in the fall of 2021.

"If by any chance the Olympics are postponed," due to the coronavirus, "people will be talking about political responsibility," said Shunsuke Suzuki, chair of the LDP's general council and former Olympics minister, hinting that it would become difficult to call a snap election.

But for all the significance of the games to Japanese politics, whether to delay or even cancel them is not the Japanese government's call to make.

The contract signed in 2013 by the IOC, the Japanese Olympic Committee and the Tokyo government gives the IOC the right to withdraw the games if it "has reasonable grounds to believe, in its sole discretion, that the safety of participants" would be "seriously threatened."

A more widespread COVID-19 epidemic could qualify. Even if the outbreak is brought under control in Japan, the number of cases in Europe and the U.S. may not peak until April or May. The WHO declared the disease a pandemic on Wednesday. 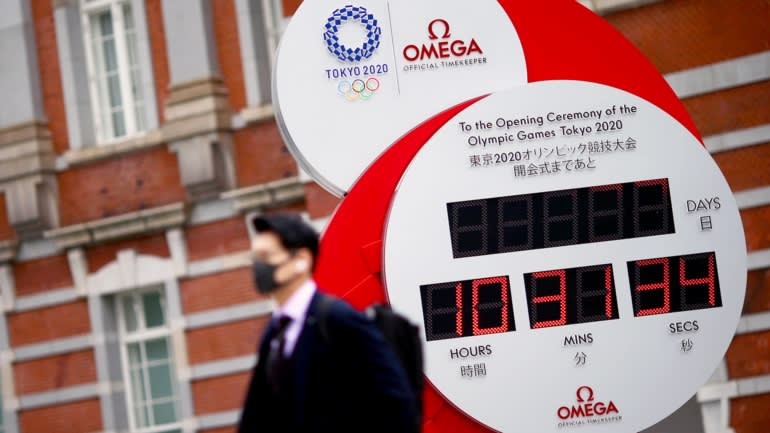 Japan and the International Olympic Committee maintain the coronavirus outbreak will not change plans for the 2020 Games in Tokyo.   © Reuters

The Olympics have been canceled only five times, all due to World War I or World War II.

The Zika epidemic of 2015 and 2016 in Latin America raised concerns about the 2016 Summer Olympics being held in Rio de Janeiro. But the WHO concluded about 50 days before the start of the games that "there is a very low risk of further international spread of Zika virus as a result of the Olympic and Paralympic Games," and the events took place with no Zika-related problems.

The contract for the 2020 Olympics has no clear provisions allowing for postponement of the games. It states that the IOC may terminate the deal if they are not held "during the year 2020."

"By interpretation, this could be taken to mean that a delay would be possible if it were within 2020," Seiko Hashimoto, the minister in charge of the Olympics, told lawmakers last week.

But even if the contract allows for such a move, Japan would need to work around the highly influential U.S.

Holding the Olympics in the fall or later would put them in direct competition with popular American sports, particularly the National Football League. The IOC may worry about risking revenue from broadcasting rights, which accounted for about 70% of the well over $5 billion in revenue generated by the 2016 Games.

Dick Pound, who has served on the IOC for more than four decades, told Reuters late last month that the Olympics could theoretically be postponed until the same time next year, though he stressed that this could happen only if "world health is at stake."

A one-year delay could violate the IOC contract's requirement that the Olympics take place in 2020. If holding the games this summer becomes infeasible, Tokyo could look to leverage Abe's close relationship with U.S. President Donald Trump for a joint proposal on delaying the event till 2021, some suggest.

Pound indicated last month that the decision on what to do about the Olympics could wait until late May. The IOC would be contractually required to give Tokyo and the JOC 60 days -- or half the remaining time until the scheduled start date -- to remedy the situation before canceling the games.