With six months to go until the opening ceremony, committee prepares for 'all scenarios' 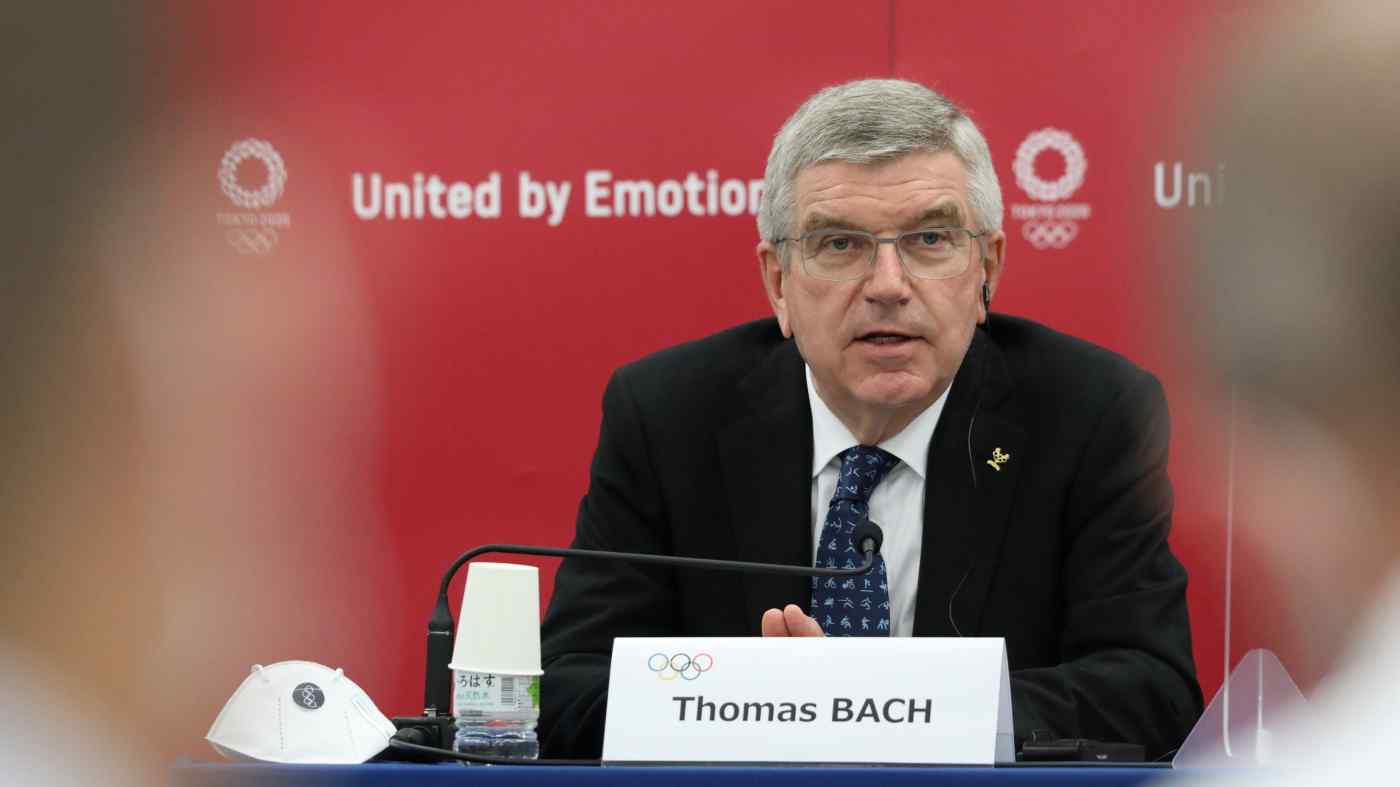 GENEVA (Kyodo) -- International Olympic Committee President Thomas Bach, who previously said spectator numbers could be reduced to a "reasonable" level at the Tokyo Games, on Friday touched on the possibility of not having spectators at all.

"We are working to prepare for all the potential scenarios we may face in July-August this year," Bach said in a video news release where he addressed questions about preparations for the postponed games with six months to go until the opening ceremony.

"This goes from immigration rules, from quarantine rules, over to social distancing in the Olympic Village...to the question of spectators. How many? Can there be spectators?" he said.

Bach noted he spoke with all 206 National Olympic Committees on Friday and confirmed all are committed to the games.

Bach's comments come in the wake of a report on Thursday in British daily The Times saying there is agreement the games are doomed and the aim now is to find a face-saving way of announcing the cancellation that leaves open the possibility of Tokyo playing host at a later date.

Public opinion in Japan has turned sharply against the Olympics and Paralympics, with a recent Kyodo News poll showing that around 80 percent of respondents want the games canceled or postponed again, but Bach struck an upbeat tone later Thursday.

"We have at this moment, no reason whatsoever to believe that the Olympic Games in Tokyo will not open on the 23rd of July in the Olympic stadium in Tokyo. This is why there is no plan B and this is why we are fully committed to make these games safe and successful," he told Kyodo News.

In the same interview, Bach acknowledged the need for the IOC to be "flexible" and make "sacrifices" to protect the health and safety of all involved.

In his latest video, he stressed all options are being considered and that "there can be no taboo for securing safe and secure Olympic Games for every participant."

Tokyo and 10 other prefectures have been put under a second state of emergency until Feb. 7. Entry for all non-resident foreign nationals, including athletes, is banned in a bid to curb the spread of the coronavirus.

Tokyo has reported more than 1,000 COVID-19 infections for 10 straight days.

The torch relay is due to begin in late March, with 10,000 runners to carry the Olympic flame on its journey around the country culminating with its arrival at the opening ceremony in Tokyo on July 23.