IOC expects costs of up to $800m for delayed Tokyo Olympics 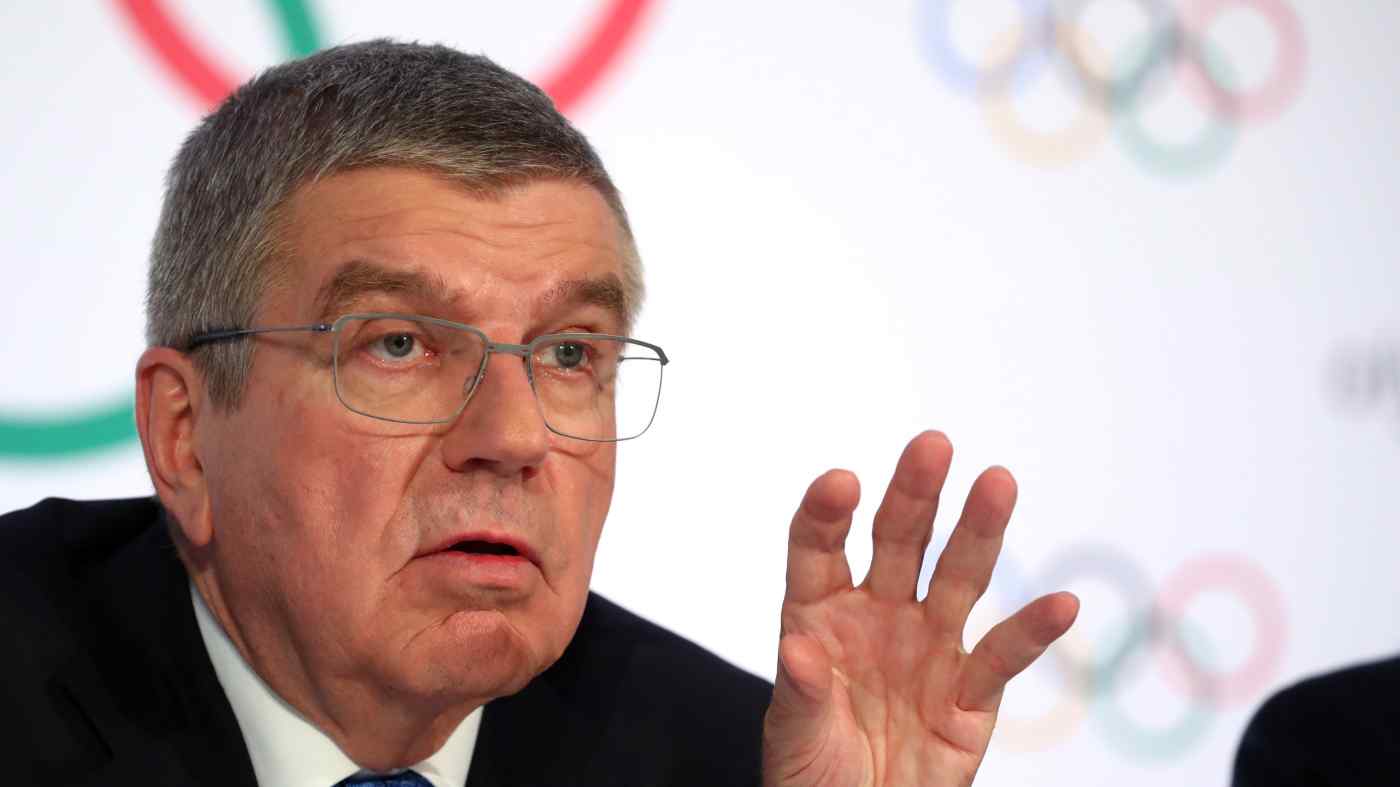 Thomas Bach, head of the International Olympic Committee, attends a news conference in Lausanne, Switzerland, in March: The IOC will help Tokyo deal with the delay, he said.   © Reuters
May 15, 2020 15:08 JST | Japan
CopyCopied

The International Olympic Committee expects to bear costs of up to $800 million for its part in the organisation of the postponed Tokyo 2020 Olympics, now due to be staged next year, IOC President Thomas Bach said on Thursday.

In March, the International Olympic Committee and the Japanese government decided to delay the Games, which were due to start this July, for a year because of the coronavirus pandemic that has killed 300,000 people worldwide.

"We anticipate we will have to bear costs of up to $800 million for our part and responsibilities in the organisation of the postponed Games Tokyo 2020," Bach told a conference call at the end of the IOC's executive board meeting.

He said out of the amount that would be set aside $650 million would go towards the organisation of the Games next year and $150 million to support international federations and National Olympic Committees.

International federations rely on the Olympic Games contribution every four years, and with a ban on sports competitions worldwide all of their major sources of revenue have dried up in recent months.

"We are very well advanced in these discussions and we will continue to assist," he said.

The figure announced by Bach does not include any costs Tokyo Games organisers and the Japanese government have to incur due to the 12-month delay of the world's biggest multi-sports event.

"We are assessing and continue to discuss jointly the respective impact caused by the postponement," he said. "What you have seen today, this envelope of $800 million, is the assessment for the IOC side.

"This discussion with the (Tokyo Games) organising committee will continue in the way we have agreed."

The IOC last month was forced to remove a comment from its website that referred to Japanese Prime Minister Shinzo Abe when discussing costs for the postponement, following objections from the Games organisers.

Bach noted that the first priority now was to secure the Olympic venues, including the athletes' village and the media centres, for another year.

"This is not an easy undertaking. Our Japanese friends are working with full force on this," he said.

Bach declined to speculate on a possible new delay to the Games if the coronavirus is still a major concern next year.

More than 90 vaccines are currently being developed globally, with eight in the clinical trial phase. But experts say the process could take years and may not happen at all.

"We are now working with full engagement for the success of Tokyo 2020 in 2021 and to have these Games in a safe environment for all participants," Bach said.

"We are one year and two months away from the opening of these postponed Olympic games. We should not fuel any speculation on any future development."