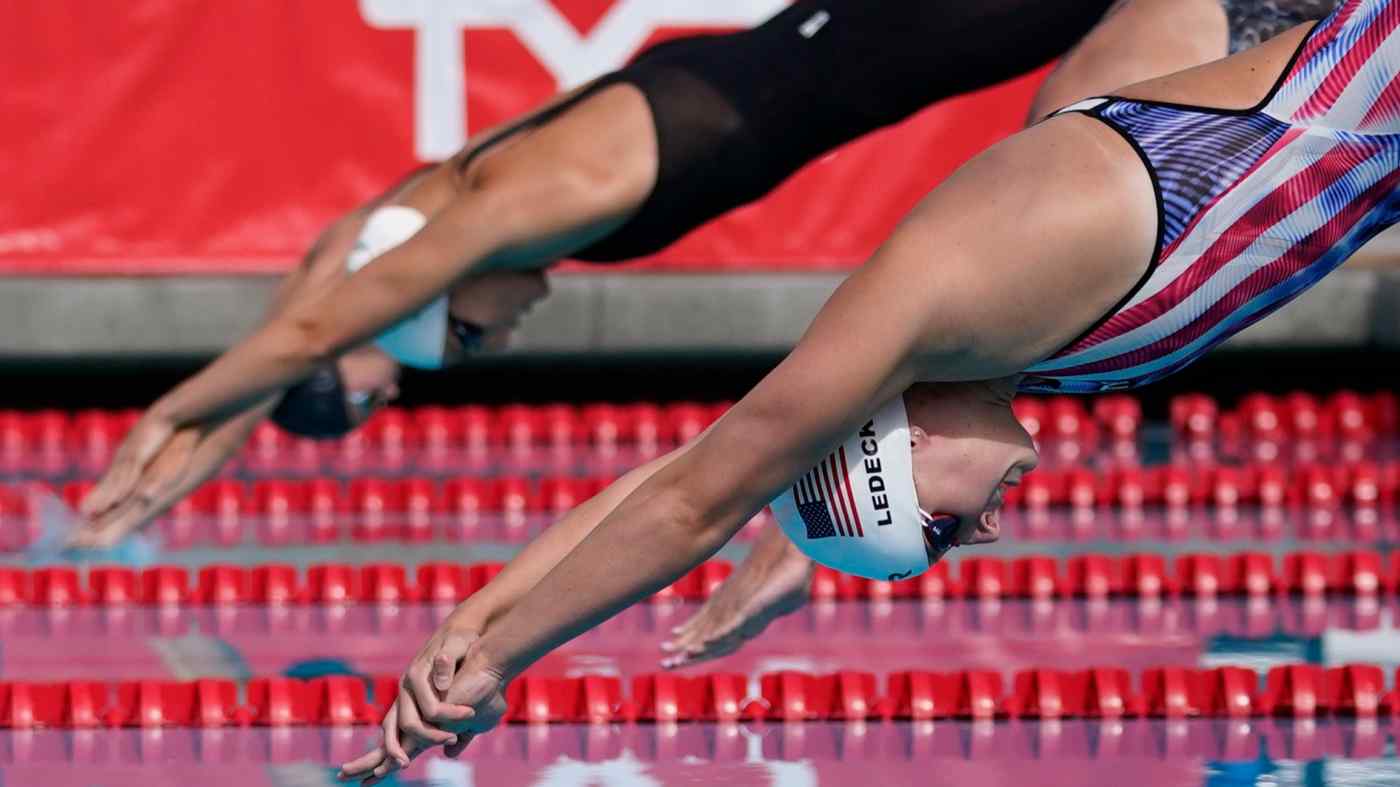 TOKYO -- With the Summer Olympics just 100 days away, Japan is rushing to put together effective COVID-19 countermeasures as the world casts a wary eye. Winning the trust of participating nations will be the utmost challenge in Japan's attempt to host a massive sporting event in the middle of a pandemic.

The country has already learned the hard way that rules designed to prevent infections do not always get the nod from athletes.

Early this month, the International Swimming Federation, or FINA, informed the Japanese organizer that it was canceling three qualifiers, including the Diving World Cup -- blindsiding the Tokyo Organizing Committee.

After a brief pause due to the pandemic, Olympic qualifying tournaments, totaling 18, had resumed. In particular, the Diving World Cup, which would bring in roughly 600 people from overseas, was supposed to serve as a test to check the effectiveness of the committee's infection prevention measures.

FINA, however, objected to some of the procedures, such as the request for tournament officials to quarantine in hotel rooms for three days upon entering the country.

Japan relented, and now the two sides are trying to hold two of the three tournaments at home on rescheduled dates. The third event, the marathon swimming qualifier, has been moved to Portugal.

"The incident made me keenly aware of the difficulty in trying to control infections and holding tournaments," said a Japanese government source.

Similarly, when the Japanese men's national soccer team and the under-24 squad played in four international matches in late last month, the Japan Football Association asked players to remain confined in bubbles that limit contact with outside parties.

The rules were not well-received by participants, who complained about not being able to go out freely and meet people.

For Japan, hosting the Olympics this summer has become the end that justifies even extreme measures.

Barring international spectators and limiting entry to about 10,000 athletes, coaches and International Olympic Committee officials are among such measures.

Apart from North Korea, no country or region so far has objected to holding the games. The United States Olympic & Paralympic Committee plans to participate. Australia and Canada, which said they would skip the Tokyo Olympics last year prior to the postponement, is preparing to join the games this year as well.

But given disparities in nations' vaccination campaigns, it will be a challenge to gain understanding from all athletes for Japan's very restrictive measures. "At the very least, it is imperative to build a testing infrastructure during the games that will fully detect the most prevalent variants," said Hiroshige Mikamo, professor of infection control at Aichi Medical University in Japan.

One silver lining is the knowledge gained in Japan when it opened up domestic sporting events to spectators. More than 8 million people sat in stands to watch professional baseball games and J League soccer matches during the previous seasons. But only a few cases of COVID-19 resulted from those games. There have been no reports of clusters resulting from stadiums entertaining socially distanced crowds.

A study involving more than 10,000 fans was conducted during a recent J League match. Researchers observed fan behavior before, during and after the game. The analysis breaks down the average distance between people coming through entry gates, as well as the percentage of fans that head to surrounding restaurants after the games.

The results of the data provide new insights into disease control.

"The effectiveness of the measures have been tested and are being put to use for further improvements," said a manager at the National Institute of Advanced Industrial Science and Technology, which is collaborating in the study.

A research group led by Michio Murakami, associate professor at Fukushima Medical University, has estimated that if disease prevention measures are fully implemented during the opening ceremony at the Japan National Stadium in Tokyo, the infection rate from a carrier without symptoms will be limited to 0.009 to 0.012 people even if 60,000 spectators are allowed to enter. The group hopes that the scientific evidence will be examined in debating the pros and cons of holding the games.

Seiko Hashimoto, the president of the Tokyo Organizing Committee, has said she seeks to make the Tokyo model a legacy that Japan can be proud of. Whether the exhaustive scientific findings will resonate with participating nations will be the key to the games' success.